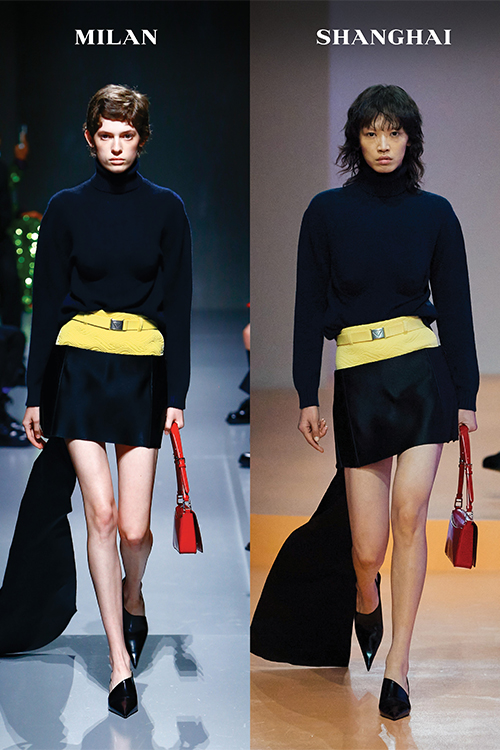 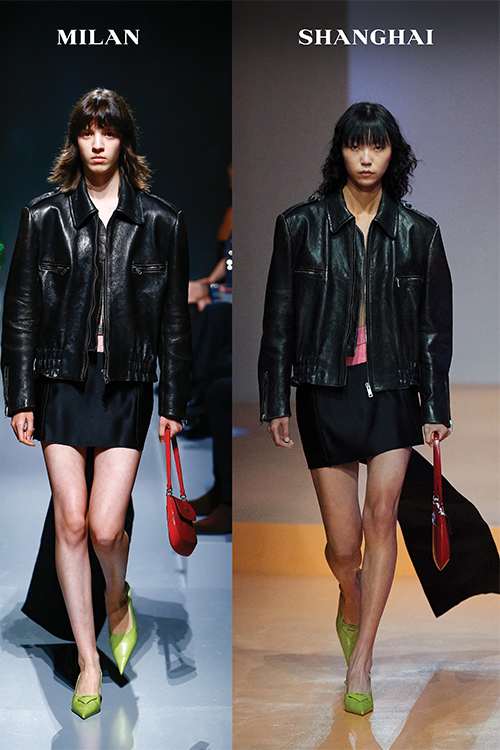 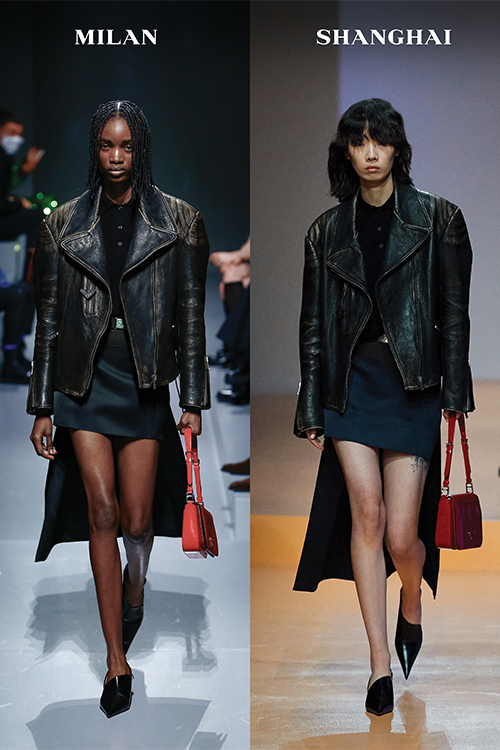 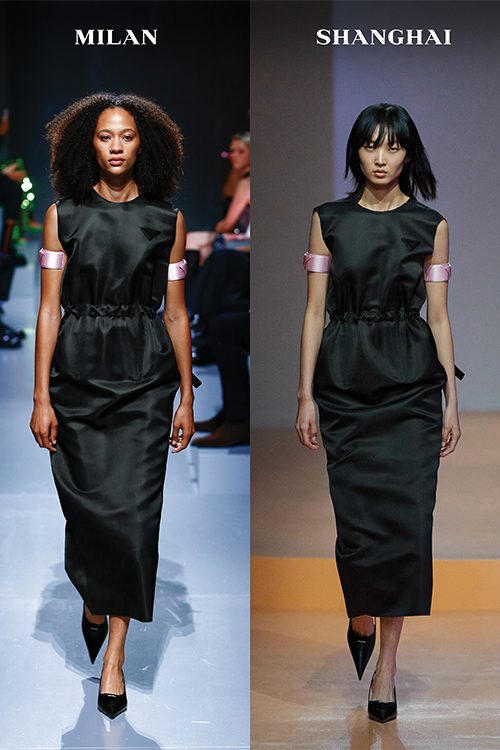 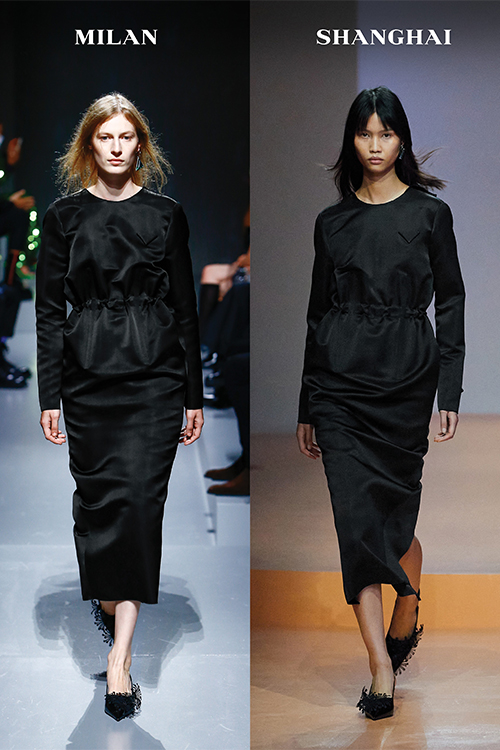 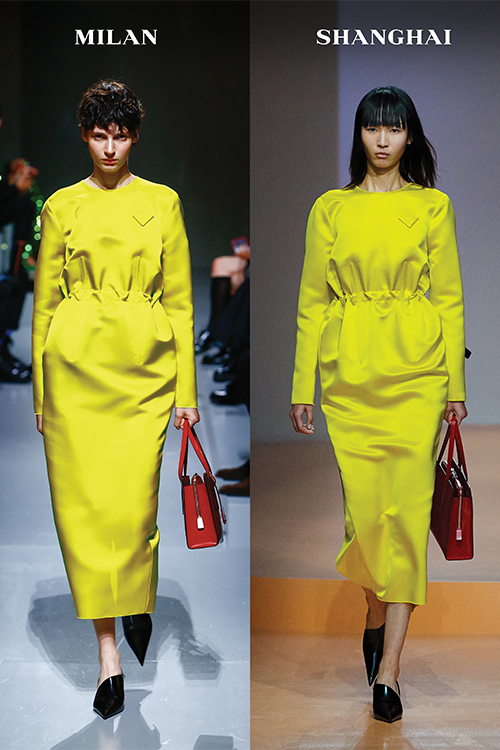 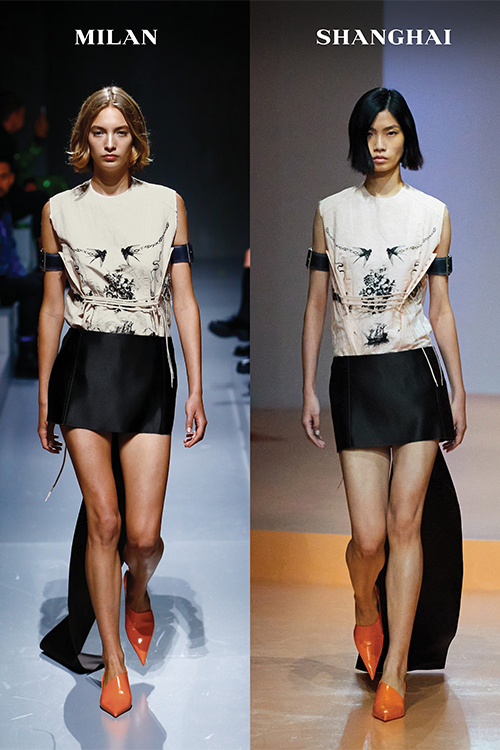 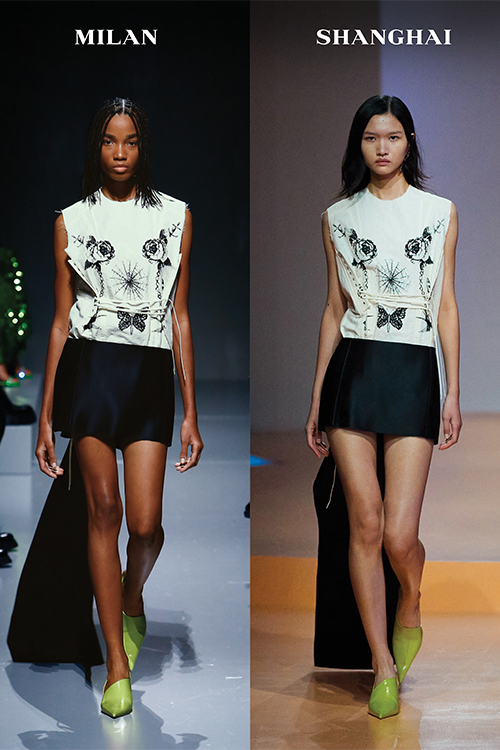 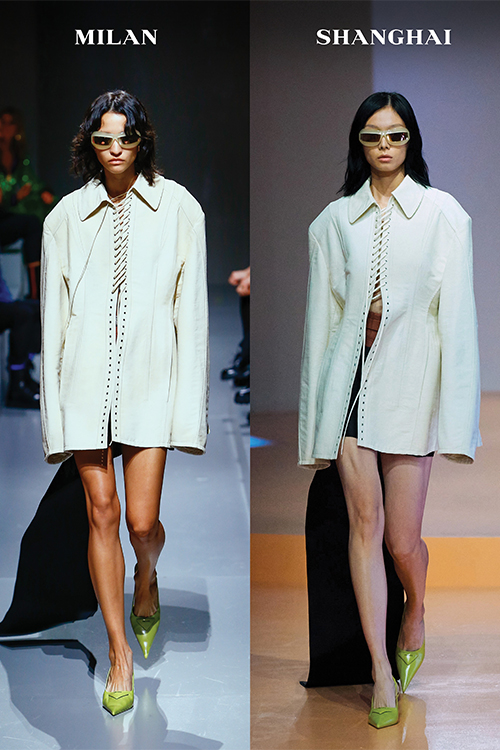 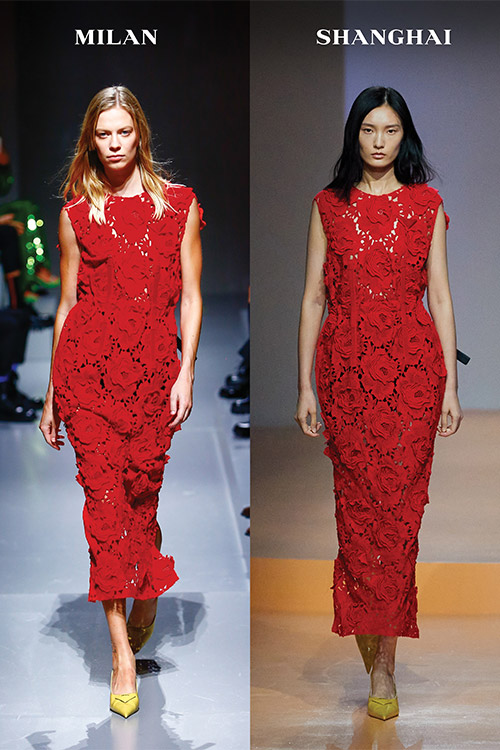 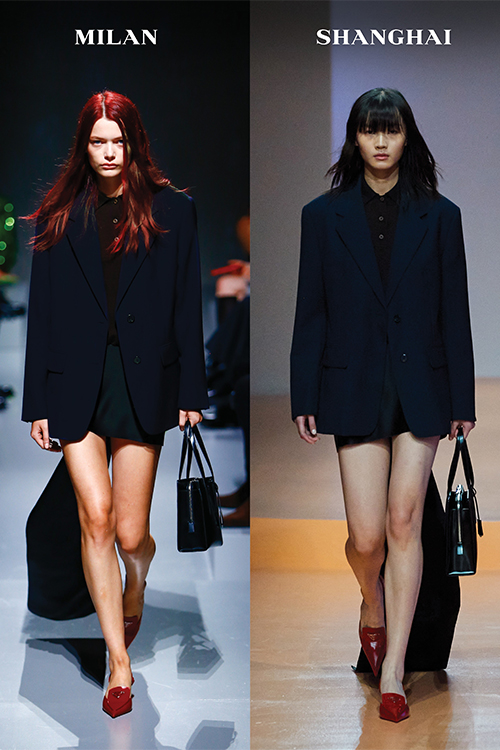 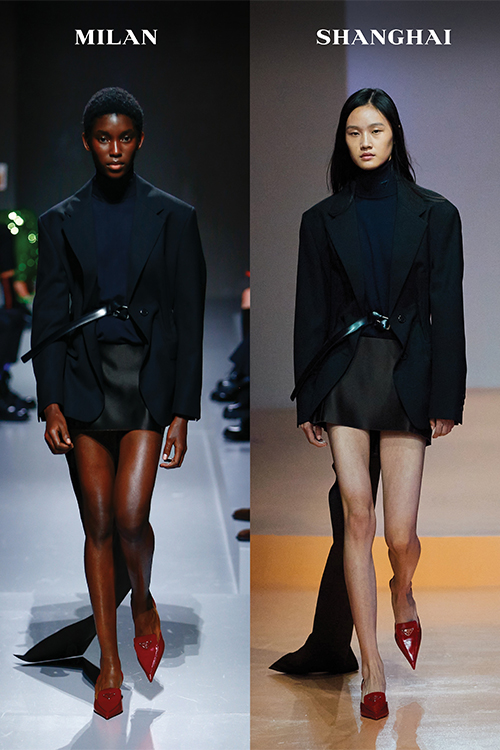 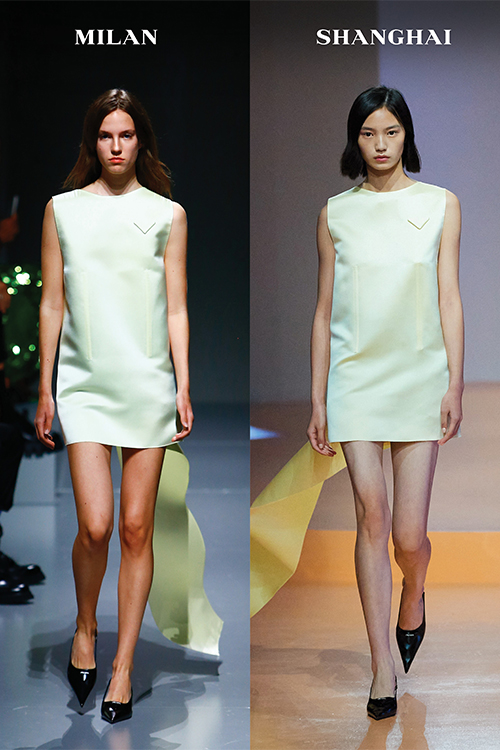 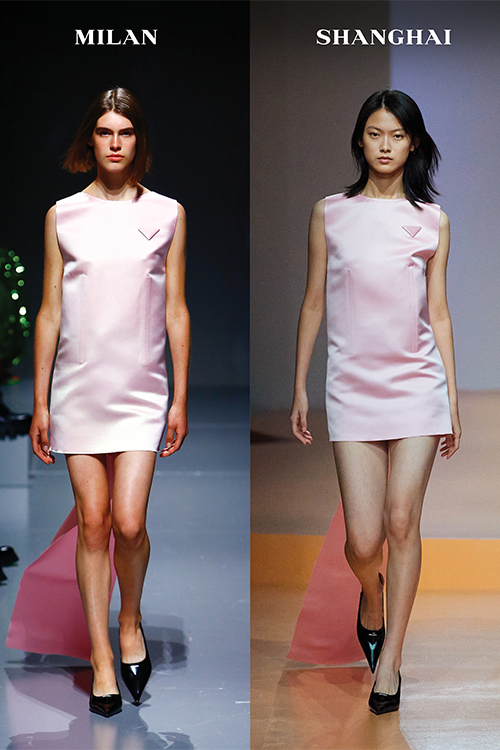 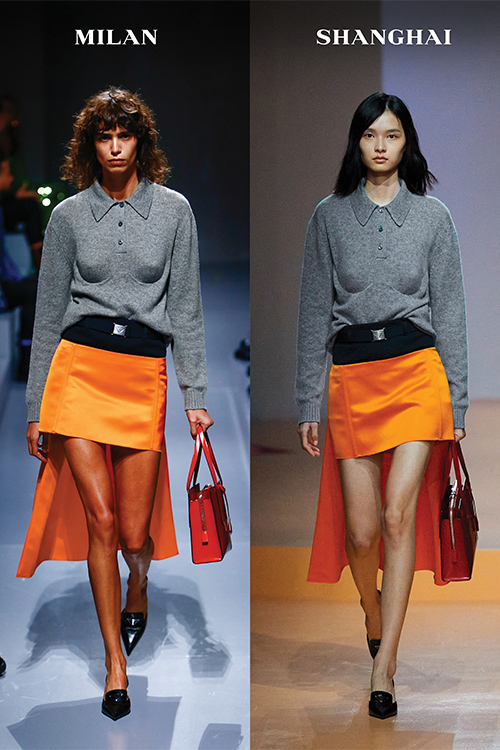 Today’s Prada show was our first chance to see Miuccia Prada and Raf Simons’s work on the runway IRL. Their collaboration began just as the pandemic descended, and with only videos to tell the story, it could feel at times like the project was in its beta phase. Eighteen months later, with vaccines reopening the world, the brand staged two simultaneous shows, one at home in Milan and the other at Shanghai’s Bund One.

At the Fondazione Prada, large LED screens were placed around the runway, and via the live feeds we could see different models striding by in the same looks.“It’s no longer about a small world—in fashion, or elsewhere,” said Simons in the press notes that were released postshow (the ongoing COVID-19 situation made the usual backstage scrum impossible). “Doing these shows simultaneously demonstrates a new possibility… Community is a vital idea: drawing together people who share ideologies, values, and beliefs.” The Pradaverse tuned in online too, of course.

The collection itself felt especially tuned in. Collectively, people on the streets and people inside the fashion industry are embracing sexiness. There’s a diversity of opinion about what’s sexy, but generally speaking, clothes have gotten tighter, smaller, and more see-through as we begin emerging from this crisis. The young generations display a new kind of body positivity that can be frankly startling for older types who didn’t grow up as free. Ultimately, though, their boldness is heartening.

Seduction, Stripped Down is the name Prada and Simons gave to the collection. In her notes, Prada said, “We thought of words like elegant—but this feels so old-fashioned. Really, it’s about a language of seduction that always leads back to the body. Using these ideas, these references to historical pieces, the collection is an investigation of what they mean today.”

The historical ideas in question are the familiar tropes of womanhood, like bra cups and corsetry boning, made unconventional by how they were presented: on simple, even plain, sweaters or as details on denim coats. Duchesse satin sheaths read as almost demure until the dresses turned to reveal they were unbuttoned to the lower back, exposing peekaboo flashes of lingerie. The long evening column also got a rethink; it was sliced above the knee, but a bow in back extended to the floor. “That feels modern,” Simons stated.

Prada never approaches anything straight on, it goes without saying. The hard/soft interplay of raw or distressed leather jackets and tiny duchesse satin miniskirts trailing trains counted as the collection’s strongest, most directional proposal. The low-heeled slingbacks were a well-judged touch. It’s not easy to redefine sexy, as we’ve seen elsewhere this week. Sexy is such a hackneyed concept, in fact, that fashion had more or less rejected it for the half decade leading up to the pandemic. But today in Milan and Shanghai, Miuccia and Raf nailed it. 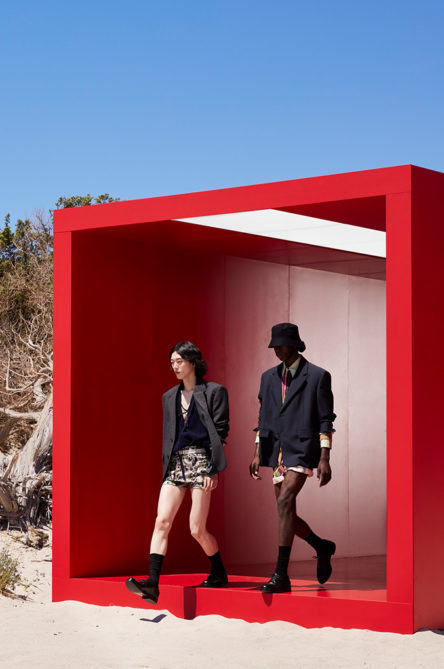 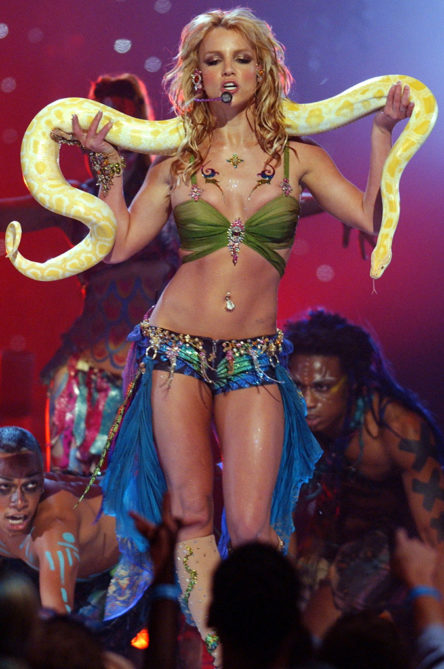 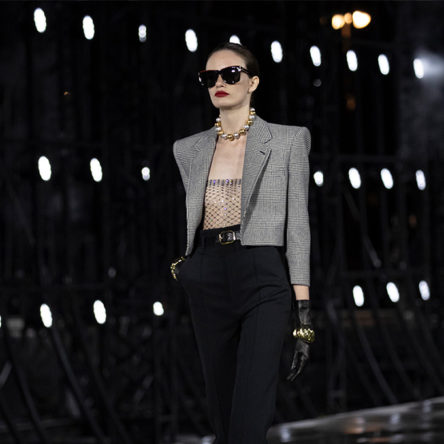 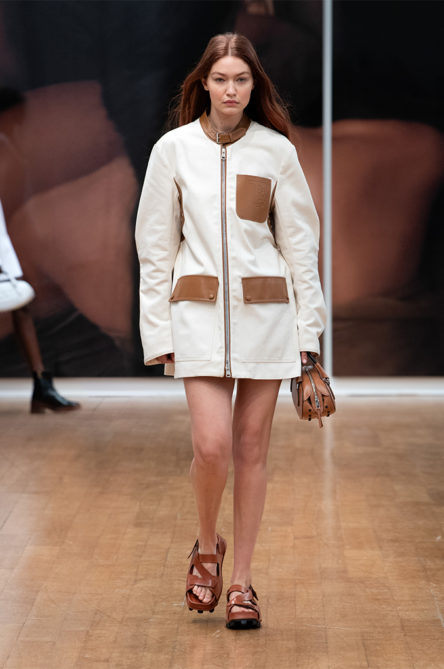 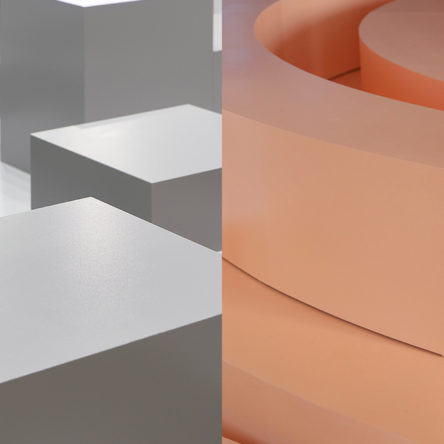 Gemma Chan is the cover star of Vogue Singapore's 'Eternity' issue. The actress, producer and UNICEF ambassador opens up to Vogue Singapore about her upbringing, the place Asian values have in her life and the causes she most believes in.