True to form, Paris Fashion Week has continued its reign as a disrupting force within the industry, where it has broadened conversation surrounding long-debated queries while also disrupting pre-held conceptions with regard to style, form and tailoring. At Balenciaga, discussion surrounding what a typical fashion presentation entails kicked up once more when the brand immersed their models in a dome amidst a make-shift blizzard; an allegory to the current Ukraine-Russian invasion. Then there was the Louis Vuitton showcase, which toyed with androgynous cuts where formal dresses were layered with rugby shirts and bowling tees. With countless ideologies and stories being conveyed, however, one can’t help but wonder: what are the major points in which said fashion houses intersect? That is, what are the biggest Paris Fashion Week fall/winter 2022 trends?

Surprisingly enough, there were several sartorial elements that proved to be a dominant presence across the multitude of labels showing at Paris Fashion Week. They showed up despite differing sources of inspiration, histories and inclinations cited by designers, granting a sense of cohesiveness and unity absent from previous digital-only presentations borne in response to the COVID-19 pandemic. They include beautifully tapered-blazers from the likes of Off-White, Yves Saint Laurent and Loewe; peek-a-boo lace detailing from Miu Miu and Hermès; as well as many others.

Below, a comprehensive breakdown of the most notable Paris Fashion Week fall/winter 2022 trends sure to hit the stores—and streets—in due time. Get to studying now and stay ahead of the curve, we say.

It’s workwear and evening wear at its most refined. Yves Saint Laurent’s iteration lacked the overtly padded shoulders and overwhelming shape of yesteryear in favour of a design that clung flatteringly to the form. Givenchy preferred one with a looser silhouette with sleeves extended way past the wrist-bone to create the illusion of effortlessness. Then there’s Off-White’s version, too, which featured eye-catching tie-front detailing. Loewe, on the other hand, opted for a minimalist rendition which was worn sans top.

Hints of skin were enticingly revealed at Hermès, where swathes of fabric and leather were strategically placed over a sheer bodice that radiated with understated sex appeal. Miu Miu employed a more playful take, where a translucent panel was inserted right down the middle of polo tees to reveal gorgeously delicate lingerie. Dior, on the other hand, went with full-body lace suits that were donned under elaborate frocks that brings to mind a functional yet fashionable form. As for Givenchy, see-through fabric was incorporated onto a gauzy frock for an extra delicate touch.

While our climate might serve as a deterrent as to this season’s most sought-after footwear, Balenciaga’s roomy rendition might prove more wearable seeing the amount of ventilation it allows. No such luck for Courrèges’ take, which clung to the entirety of one’s calves to give the impression of elongated gams, as did Off-White’s, which came with a generous helping of glitter.

Football padding was a mainstay at Dior, while corsets resembling armour made several appearances at Balmain. Rick Owens, too, cocooned his models in shoulder pads that jutted sharply upwards, as well as in shawl wraps that obscured the entirety of their upper forms. The overall effect: insulation and fortification from the unpredictability of the outside world.

The cult-favourite Miu Miu micro-mini was elevated this season with more pleats and colourways; a country club staple injected with hints of Y2K playfulness. Coperni went for classic denim in terms of material, but took a more experimental approach when it came to button detailing and form. Contrastingly, Courrèges kept it simple in terms of design with a sleek white mini—that, upon closer examination, harbours meticulous detailing in the form of side-slits and curved pockets. 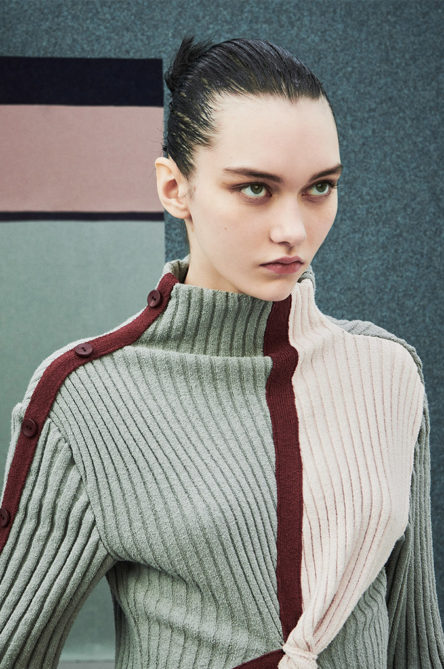 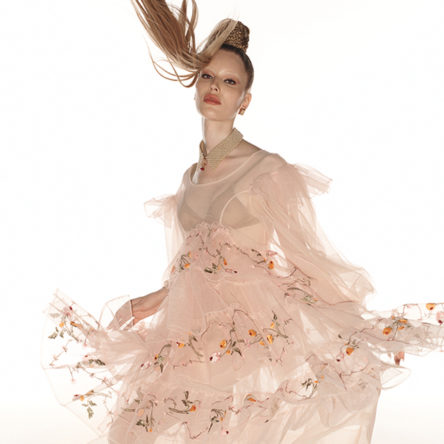 5 of the hottest autumn/winter 2021 trends to try now 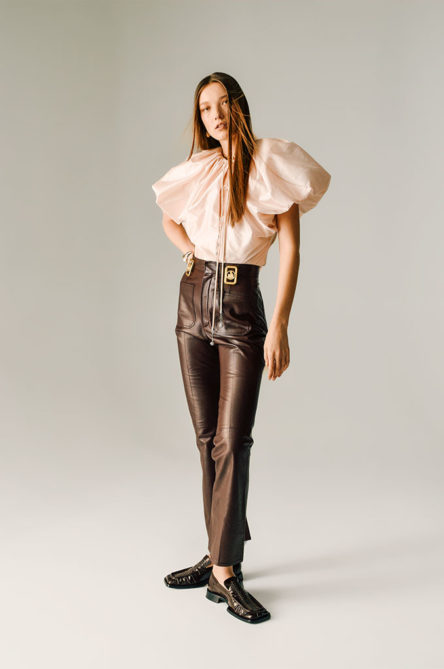 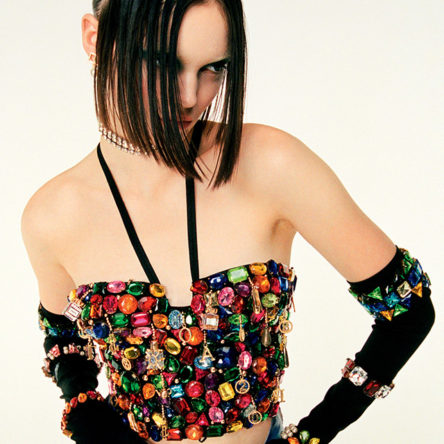