With one of the most jaw-dropping castings of the fall show season, which included a cadre of supermodels (Cindy, Naomi, Amber, Helena) and one G.O.A.T. (Serena Williams)—not to mention a commanding front row featuring a pregnant Rihanna—some of the finer points of Virgil Abloh’s last Off-White collection may have gone underappreciated. But eagle-eyed spectators at the show in Paris, or those watching the livestream on one of the TV monitors Off-White’s parent company, New Guards Group, installed in 100 storefronts in the French capital (a democratisation effort across boutiques, barbershops, pharmacies, etc.) may have noticed the stenciled bar codes that makeup artist Cécile Paravina etched onto select cheekbones, or the neon-bright trompe l’oeil lip rings her team applied backstage. And that’s saying nothing of the face tattoos worn by Kendall Jenner, Kaia Gerber, and Grace Naa Ayorkor Quaye. The delicate cursive scrawl on Jenner’s cheek simply read “Babe,” and—much like the little anecdotes in the show notes for each of Abloh’s 28, specially-designed high-fashion looks—the sticker has a backstory: It had a velour-like texture, was hand-cut at a local atelier, and its nod to industrial luxury is at the core of Off-White Paperwork, a new Abloh joint that debuted posthumously on the runway.

Riffing on the idea of a blank slate to encourage creativity, Abloh described Paperwork as “another canvas, another surface for human expression” before his untimely passing last fall. And when conceiving of the latest gesture in his category-defying brand, the trailblazing multi-hyphenate reportedly often used a sandbox metaphor: As a child, you’re put in a sandbox and you’re given tools to tap into your imagination and create whatever elements come to you—shapes, patterns, structures. Abloh saw Paperwork’s three-pronged approach, which launches tomorrow exclusively on Off—white.com and Farfetch.com, as a “toolkit” to allow for individual interpretations of beauty: Olfactive ID encompasses four signature scents, which are simply called Solutions and numbered 1 through 4; Imprint features six condensed, rolled pigment sticks in primary colors that glide on when they come into contact with the skin before setting with an auto-fix technology, as well as Template, a collection of stencils to “tag up” the face and body; and Color Matter, a range of six nail lacquers in innovative finishes, including Decode, a white polish with a self-cracking formula meant to resemble shattered concrete.

With its emphasis on form and function—something that was extremely important to Abloh, who had a background in engineering and architecture—the product lineup is meant to be utilitarian, a disruption to the more expected conceptions we have around makeup and fragrance. (The paint sticks’ soft-touch matte marbleized-camo packaging, for example, features ridges to allow for better control.) Withholding names from the fragrances was dually intentional to ensure that the end user is not influenced to think, or feel, something predetermined when wearing them. There are, however, moods—or “vibes,” in Off-White parlance—to each, including Solution 1’s citrusy throwback to sporty nineties classics, and the standout Solution 2’s study in considered contrasts, which blends tangerine leaves, vetiver, ginger and woods for a polarizing, yet addictive effect. Their heavy-weighted bottles are sculpted from industrial glass made in Italy by Bormioli and topped with bright red grip control knobs, replicas of the handles that close the vats found in industrial fragrance facilities.

Imprint’s multi-use design is similarly meant to be used without influence so that a 16-year-old skater kid might do something completely different with the paint sticks than a septuagenarian couture client, which is precisely the point of the entire ageless, genderless collection. “We always talked about creating product with a focus on the impact, and on creating a conversation, not a monologue, with our audience,” says Davide De Giglio, New Guards Group CEO and chairman, who explains that expanding into beauty had long been a part of Abloh’s overarching vision for Off-White. De Giglio, who was at the show in Paris in March seated among the throngs of Abloh’s friends, family, and industry peers, concedes that it was somewhat difficult to see over two years of work come to fruition in the visionary designer’s absence. “It was hard not to feel bittersweet about such a powerful moment without him.” But as Paperwork evolves with the rest of Abloh’s brand—and without a licensing partner (New Guards Group has created a separate beauty business unit to keep its production internal)—it too will become a part of the outsized legacy Abloh has left behind.

Off-White Paperwork will be available on April 20, exclusively at Off—white.com and Farfetch.com. 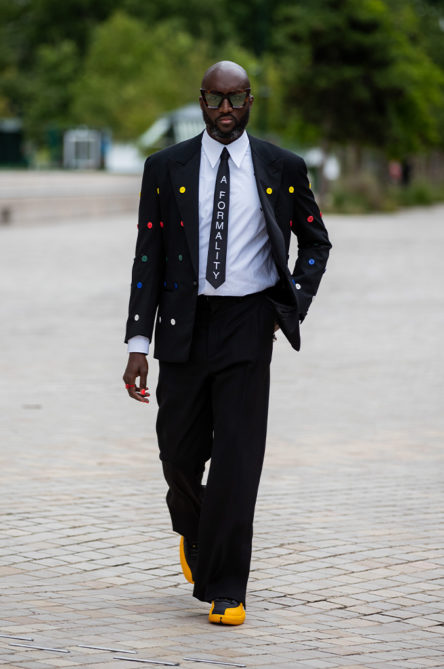 The hottest fashion trends from the Paris fall/winter 2022 shows 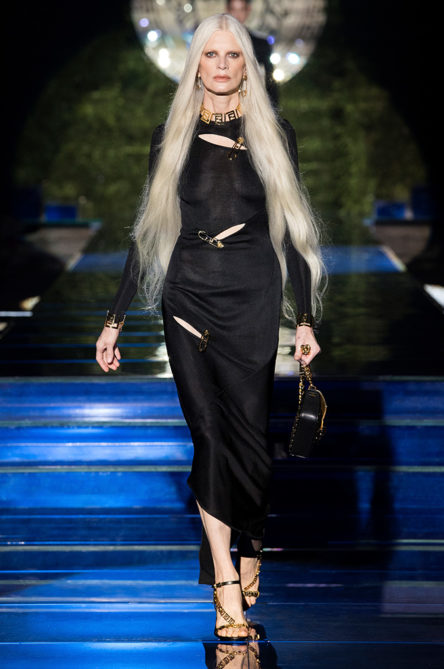 The debuts, collabs, and other fashion happenings we're looking forward to in 2022 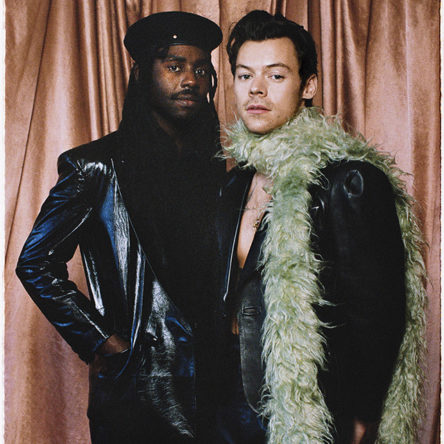 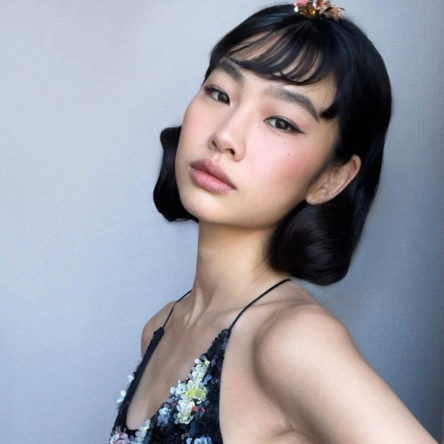 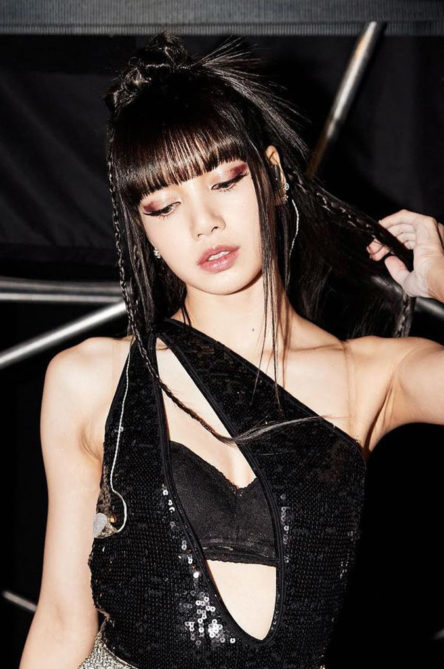 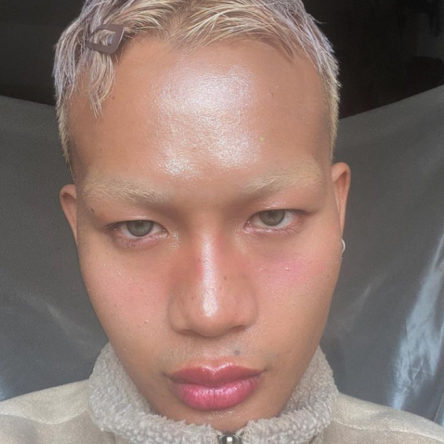