If you don’t know what the orgasm gap is, Lily Allen might be able to tell you. “Most of my early sexual experiences were focused solely on satisfying my partner. It was never about my own pleasure,” she shares candidly over Zoom one afternoon, her arms folded over her lap and wispy black bangs framing her face. “There was a point in my life when I convinced myself that I just wasn’t someone who was ever going to have an orgasm.”

The version of the Womanizer that Allen came up with (bright pink and small enough to fit in your palm) hit shelves all over the world last year, accompanied by a massive campaign she fronted, extolling the virtues of self-pleasure as an act of self-care and the healing power of a solo climax. It’s safe to say, then, that she has been equipped with new-found knowledge for entertaining herself in the bedroom. “It took lots of persistence and I had to sit myself down and say, listen, you deserve this,” she confides.

“Self-pleasure has nothing to do with sex with a partner. Let’s separate the two. You can do as much or as little of either as you want”

Allen throws her head back to laugh, the tinny quality of our virtual conversation doing nothing to hamper her natural charm and sardonic wit. Her expression clouds, however, when I ask if there has been any pushback against her sexual liberation message.

“Of course. And I fully expected it. A woman owning her own pleasure cuts the guy out of the equation and threatens the patriarchy. Look how irate people get about the Kardashians earning money from their appearances. Yet, I don’t see the same people getting upset with Playboy. When men make money from female bodies, no one complains,” she points out.

With years of laser-sharp tabloid attention directed firmly her way—her 2015 split with ex-husband Sam Cooper, for example, led to a relentless barrage of headlines calling her every name in the book—Allen is no stranger to the unfair standards women are expected to live up to, especially if they exist in the public eye. She has every reason to revolt, but a rebellion against societal rules for female behaviour is not what she is looking to lead.

Instead, her real goal is much sweeter and comes from a place of empathy. “Ultimately, self-pleasure is a new form of independence that improves your quality of life. I didn’t discover this part of myself for a long time, so if me talking about this now makes that a reality for some people, it can only be a good thing.”

Her daughters, for example, will get ‘the talk’ she never did. While they are only eight and 10 years old now, Allen has planned for the day they start asking questions about their own sexuality. “I was left to fend for myself in these matters and it caused me a lot of pain, so sex is something I will speak to them openly about. I think it’s much better that they learn from me and then go off to explore themselves in a healthy way, rather than hand themselves over to other people so freely, like I did.”

She radiates a quiet confidence as she speaks about the taboo subject of female self- pleasure, especially after I ask how relevant it is in her life when she’s in a relationship—given that she married Stranger Things star David Harbour last year. “Self-pleasure has nothing to do with sex with a partner. Let’s separate the two. You can do as much or as little of either as you want. I just think there should be more of a focus on being able to please yourself, while sex with your partner is about a different kind of connection altogether.”

She adds, the corners of her lips quirking upwards: “Think of it like this. Sometimes, you’ll have a lovely home-cooked lunch on your own and sometimes, you’ll want to go out to dinner with a friend. Both are great and neither gets in the way of your enjoyment of the other.” 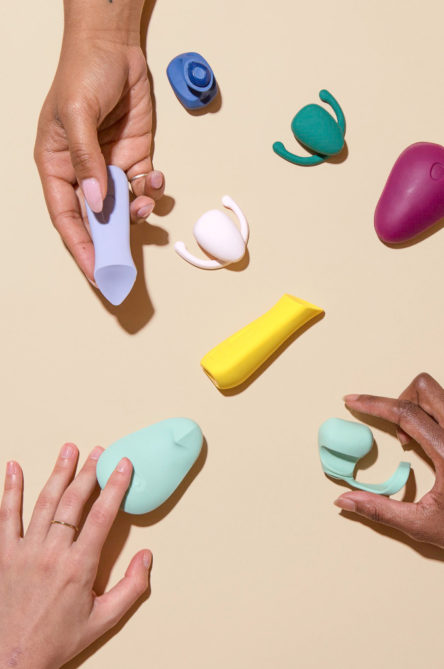 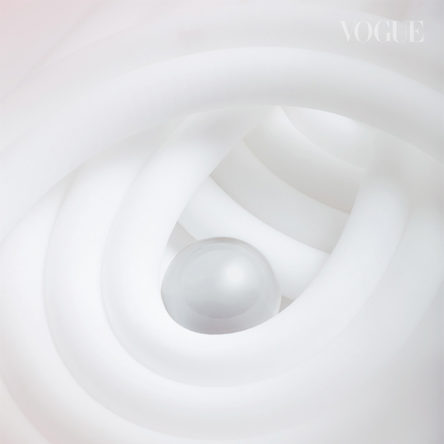 Does your Y-Zone need its own skincare regime?