“Oh my gosh,” is the best way 17-year-old Olivia Rodrigo can sum up her life right now. Last month, she was starring in Disney+’s High School Musical TV spin-off—fast forward a few weeks, and the California native is literally the biggest pop star on the planet, breaking global records on an almost daily basis.

In case you’ve been living under a rock for the past two weeks, here’s a quick recap. On 8 January, Rodrigo released her debut single, the featherlight, emotionally devastating piano ballad ‘Drivers License’. Three days later, it broke Spotify’s record for most streams in a single day for a non-holiday song (15.17m), before reaching 100m streams—the fastest song in the platform’s history to do so. Meanwhile, it went straight to number one on both the UK and US charts and had the biggest opening week of sales since Zayn Malik’s ‘Pillowtalk’ in 2016—a feat unheard of for a new artist with no chart history.

The song’s success feels like the perfect storm of timing (pent-up emotional bloodletting), subject (the moment a teenager gets a hint of freedom after passing their driving test), famous fans (Taylor Swift congratulated Rodrigo via Instagram) and internet gossip (rumour has it that the song is about her ex-boyfriend and co-star Joshua Bassett, who has just released a single himself called ‘Lie Lie Lie’). At the core of it all, however, is a disarmingly honest pop song that feels like the first step in a long career.

What were your expectations for ‘Drivers License’?
I had no expectations. I’ve always loved the song, it really captures the emotions of heartbreak—all the angst, sadness and insecurity that goes along with a breakup. I’ve always felt great about it, but I definitely didn’t expect it to chart like it has and break all of these records. It’s surreal.

Does the fact we’re in challenging times add to the dreamlike feel of it?
Oh, definitely. It feels like a glitch in the simulation that is life [laughs]. I see all these numbers and records [being broken], but I’m stuck in my house. I haven’t seen anyone or even played a show. I haven’t been able to see my producer [Daniel Nigro], so it feels like it’s happening in an insulated time, which is making it feel even crazier.

“People are resonating with the song because it’s so honest, raw and emotional”

Some people have been bemoaning the lack of an apostrophe, that it should be ‘Driver’s License’—thoughts?
Oh, my gosh. I definitely got that wrong. I also put a double negative in the song when I say, ‘I’ve never felt this way for no one,’ which is completely grammatically incorrect. The song is all over the place [laughs].

How did the song come about?
I wrote it about six months ago. I was aimlessly driving around my neighbourhood listening to sad music and bringing up these emotions I hadn’t felt in a while. I’d just got my license, so I was relishing my freedom. When I got home, I sat down at the piano—and I love songs that feel like a diary entry and are confessional—so I took some lyrics from my diary and went from there. I wrote the first two verses and the chorus, then my producer and I wrote the bridge together, which is my favourite part of the song. It was a painless process.

You will have seen the rumours about who the song is about—what do you say to that?
I completely understand why people are curious about the specifics of the song but, to me, who and what the song is about is not important. People are resonating with the song because it’s so honest, raw and emotional. I was talking to my therapist just before this interview and she said, ‘I listen to this song—I’m an adult woman and I’m your therapist, but I relate to everything you’re going through.’ It’s been insane to see people’s genuine reactions, no matter what situation they’re in.

One supportive fan is Taylor Swift. What was your reaction to her commenting on your Instagram?
I was asleep, it was 6am, and one of my best friends called me. He said, ‘Olivia, check your phone, check your texts, check your Instagram,’ and I was like, ‘Can’t it wait?!’ When I saw I screamed! I’m the biggest Swiftie and she inspires every song I’ve written. She’s an absolute genius, so to have her blessing meant the world. 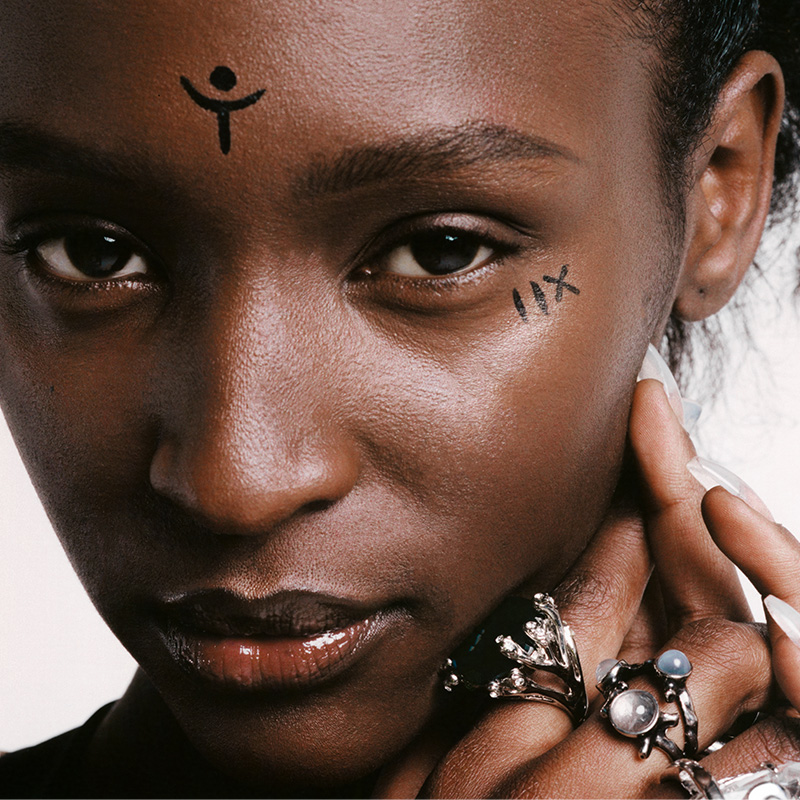 Other than Taylor, who would you most like to collaborate with?
I love Lorde. She’s the greatest lyricist of our generation, she’s incredible. I love Gwen Stefani too, I’ve been listening to tons of her stuff. No Doubt’s ‘Return of Saturn’ is so good—it captures what it’s like to be a young woman growing up, going through difficult relationships and wondering if you’re good enough.

“I’m just trying to soak up all the craziness in my life right now. I feel so grateful”

OK, so very PG-13. Secondly, we need to talk about the fact that Niall is texting you, which must be quite mad as a recovering Directioner?
The crazy thing is that so many people I’ve looked up to for years are reaching out to me and becoming my peers. That’s the most surreal part of this whole experience. I’ve had a couple of messages from artists saying things such as, ‘You cured my writer’s block,’ and so many of those artists have inspired me in the past.

You’ve talked in the past about sustainable fashion—why is that important to you?
I watched this documentary called The True Cost [2015] and at that point, I was getting into vegetarianism, veganism and everyday things you could do to be more sustainable in your life, but I’d never thought about how our clothes can have such a detrimental effect on the environment.

Back then, I was a huge shopaholic. I’d go to the mall and buy a bunch of crap I didn’t need to fill a void—it felt good to have things—but then I watched the film and it completely changed my perspective. So now most of my clothes are secondhand or from sustainable sellers.

What’s next?
There’s a music project coming up this year, but I’m not sure about the specifics of it. I’m just trying to soak up all the craziness in my life right now. I feel so grateful.

‘Drivers License’ by Olivia Rodrigo is out now.