Another day, another celebrity beauty launch? It appears so, and we’re here for it. Following the launch of Hailey Bieber‘s skincare line Rhode, which dropped on 15th June 2022, is Kim Kardashian‘s SKKN BY KIM. If the latter seems somewhat of a KarJenner clan déjà vu, that’s because it’s not the Skims founder’s first foray into the world of beauty. The A-list reality TV star and entrepreneur had a good run with KKW Beauty and KKW Fragrances, but ceased both operations for both in August and May 2021 respectively, following the news of her separation from Kanye West. The KKW brand was reviewed and rebranded as SKKN BY KIM, and was then launched last week on 21st June 2022.

On the celebrity skincare front, we have already seen a handful present in the market: Miranda Kerr’s Kora Organics, Rihanna’s Fenty Skin, Jennifer Lopez’s JLo Beauty and of course, Hailey Bieber’s Rhode to name a few. Obviously, each of these are motivated by different beliefs and causes; but the development of SKKN BY KIM was prompted by something closer to Kardashian’s heart—her 15-year struggle with psoriasis.

As seen on the brand’s website, “Kim’s psoriasis diagnosis became the catalyst for her journey of skincare discoveries, inspiring her to learn more about her skin and how to care for it.” According to America’s National Psoriasis Foundation, psoriasis is an immune-mediated disease (a disease with an unclear cause that is characterised by inflammation caused by dysfunction of the immune system) that causes inflammation in the body. Scientists have yet to determine the exact cause for psoriasis. But triggers such as stress, unsuitable weather conditions and skin allergens have been shown to cause visible signs of skin inflammation, such as raised plaques and scales on the skin of people with psoriasis. Which is why it is important for Kardashian to work closely with experts to produce formulas that are safe, soothing and beneficial for all skin types, including those with psoriasis, for her newfound skincare brand.

In an interview with Vogue US, she shared that she really took her time on the formulas, “to make sure that when people get it, they separate that from [it being] a ‘celebrity brand.’” It all began with a phone call with celebrity esthetician Joanna Czech, who has worked as Kardashian’s facialist for almost a decade, to get the skincare chat rolling. Czech, who is Clé de Peau Beauté‘s Skincare Ambassador in the US, has also worked with famous faces including Poosh founder and Kardashian’s sister Kourtney, designer Philip Lim and Vogue‘s Anna Wintour.

Two years since that conversation, Kardashian finally dropped her nine-product line which consists of a cleanser, a toner, a physical exfoliant, a hyaluronic acid serum, a vitamin C8 serum, an eye cream, a face cream, a facial oil and a nighttime facial oil. The eco-friendly packaging (they’re refillable, recyclable and compostable, depending on the products) and overall brand identity was creatively directed by Willo Perron and Brian Roettinger of the design studio Perron—Roettinger, who also had their hands on brands like Nécessaire and Homecourt. Think: Nude-toned jars and pumps in sleek and minimalist architecture.

In line with Kardashian’s ethos of making the products in her skincare collection suitable for all skin types, she assured that they’re clean, cruelty-free, vegan, and formulated without phenoxyethanol, gluten, sulfates, BHT, and PEGs. Aside from the facial scrub, which contains less than 1% synthetic fragrance, everything else is free from synthetic fragrances, and any scents detected point to the natural ingredients infused in their formulations.

Though we can’t say for sure how these products fare in Singapore’s hot and humid climate just yet, we trust that they will work just fine for even the most sensitive skin types, even for those with psoriasis. In the meantime, those with compromised skin can enjoy healthy and radiant skin with these psoriasis-friendly options to get through your day without worrying too much about unexpected flareups.

A gentle exfoliating toner that contains a potent blend of AHAs, BHAs and PHAs to promote clear and blemish-free skin. Ingredients such as red microalga and marine extracts as well as the brand’s Microbiota Balancing Botanicals are infused in the mix to help with soothing and balancing the skin.

A hyaluronic acid based serum that is formulated with botanical extracts of aloe vera, elderflower, cucumber and wakame seaweed to soothe and hydrate the skin. Vitamins A, C and K help to nourish the skin, while probiotics keep the skin balanced and reduces inflammation.

A supercharged nighttime serum that is packed with adaptogens and botanical extracts to strengthen and soothe compromised skin. Pre-, pro-, and post biotics are said to help with keeping the skin’s microbiome to build its resilience and maintain balance. Key ingredients include pine bark, lingzhi and ginger root extracts.

An ultra reparative moisturiser that contains skin-building technology to keep it soothed and strong. The brand’s Biomimetic Lamellar Liquid Crystal and NeuroBiome technologies contain ingredients such as squalane to hydrate and strengthen the skin while relieving it of dryness and itchiness. 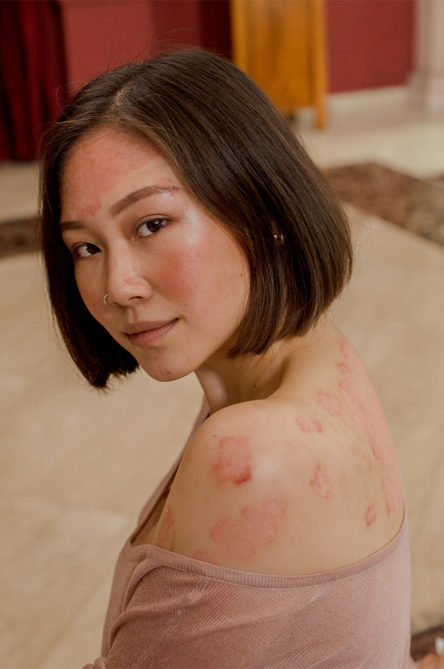 What is psoriasis and why sufferers deserve compassion, not rash judgements 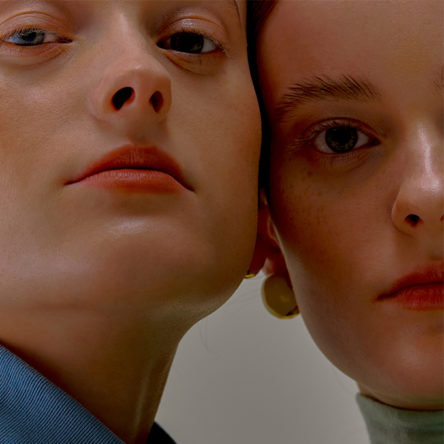 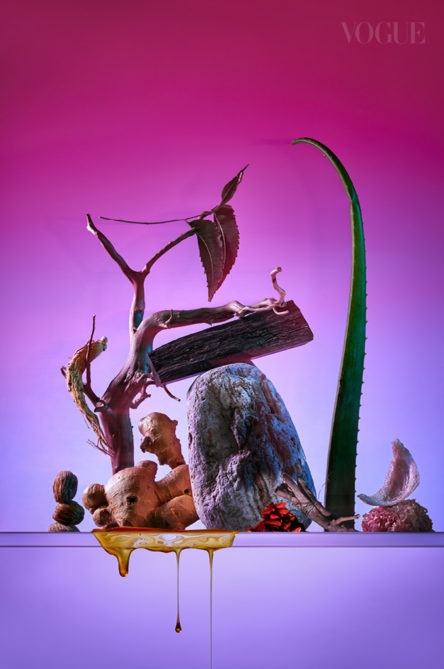 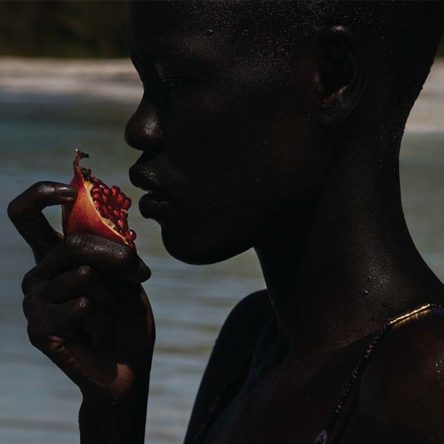 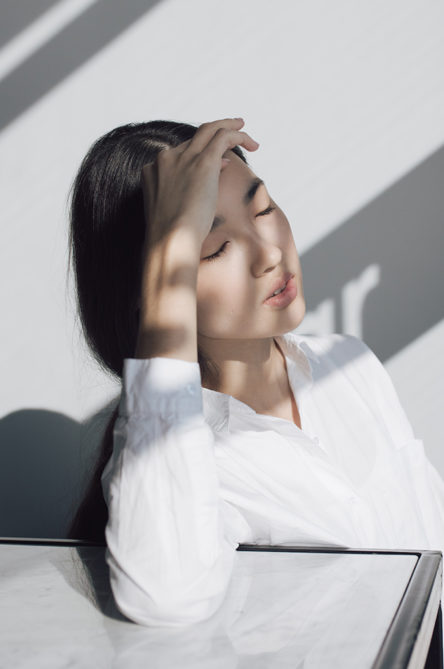 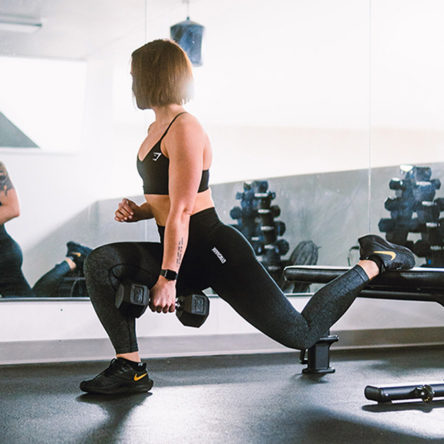 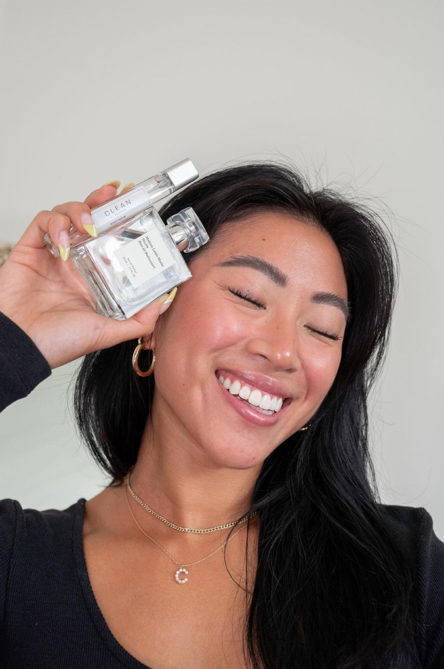 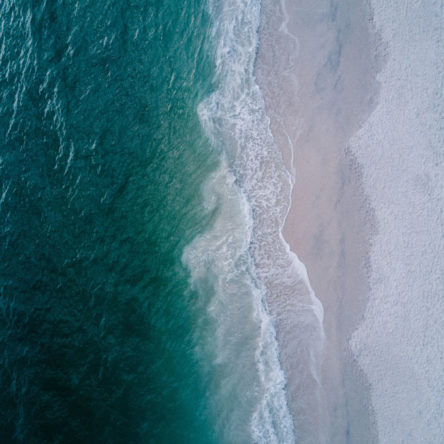