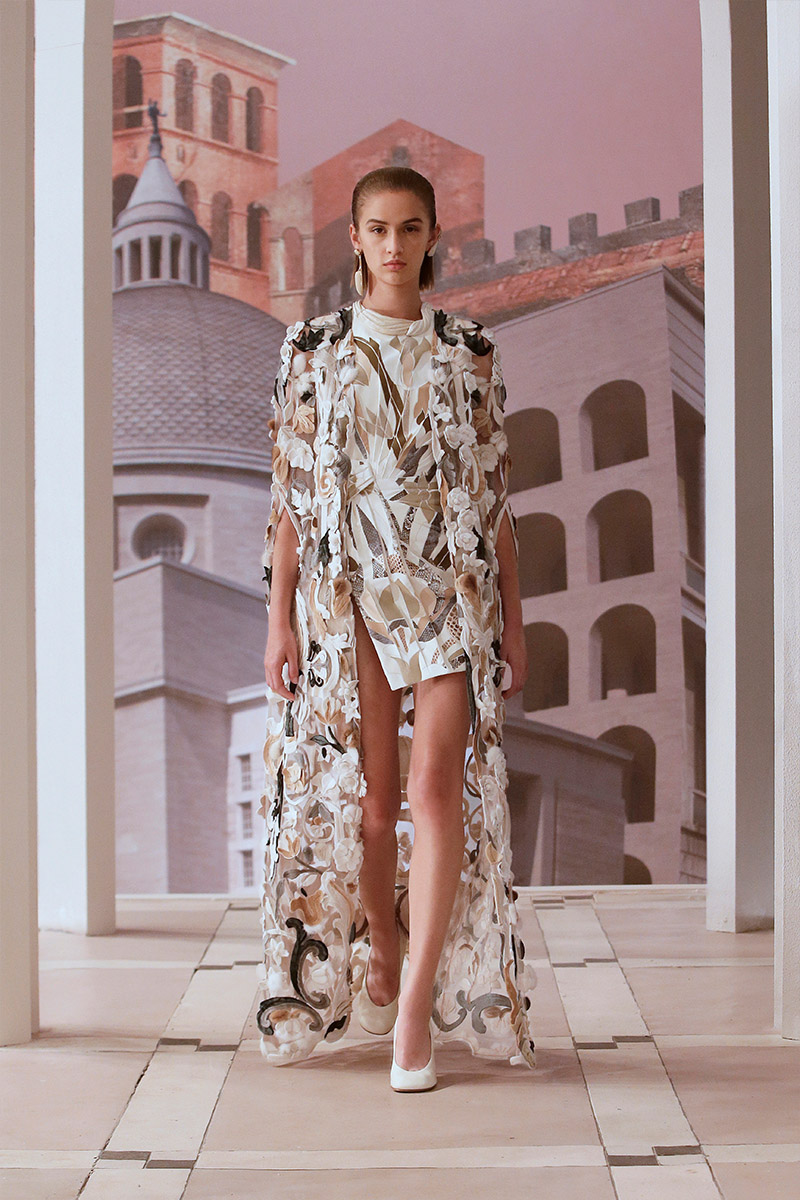 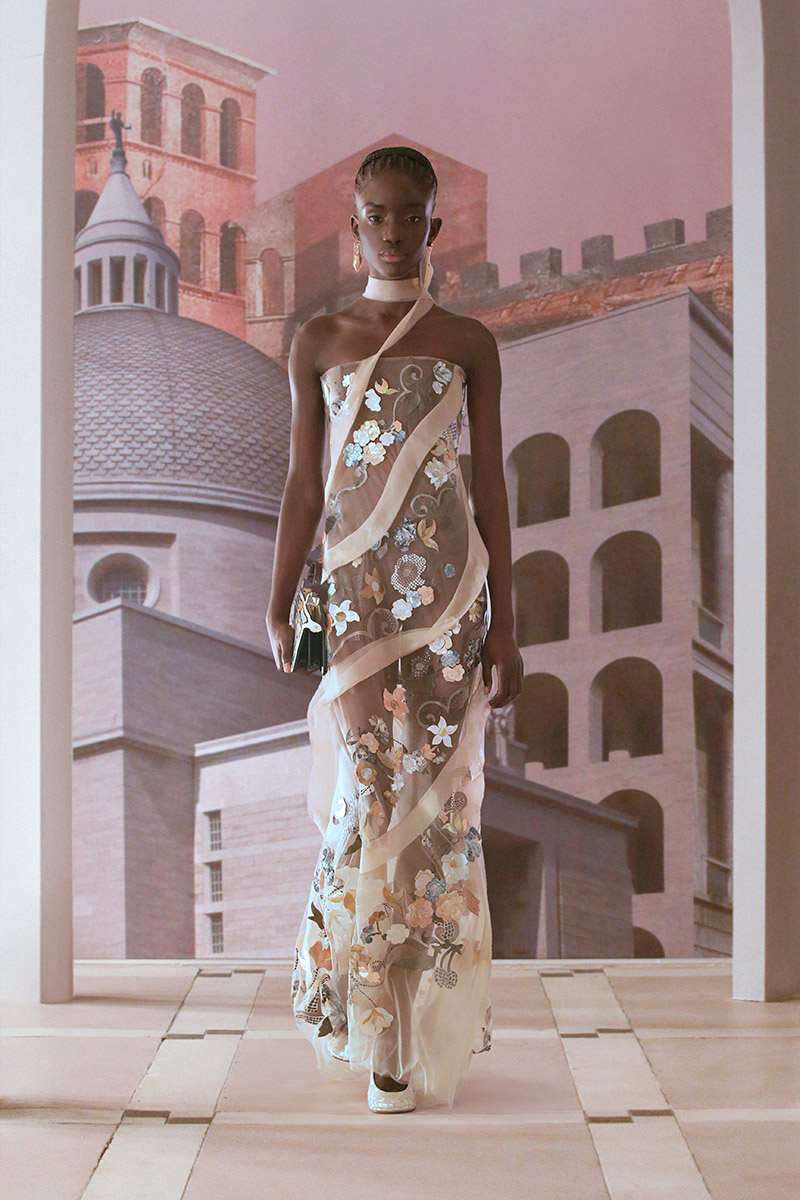 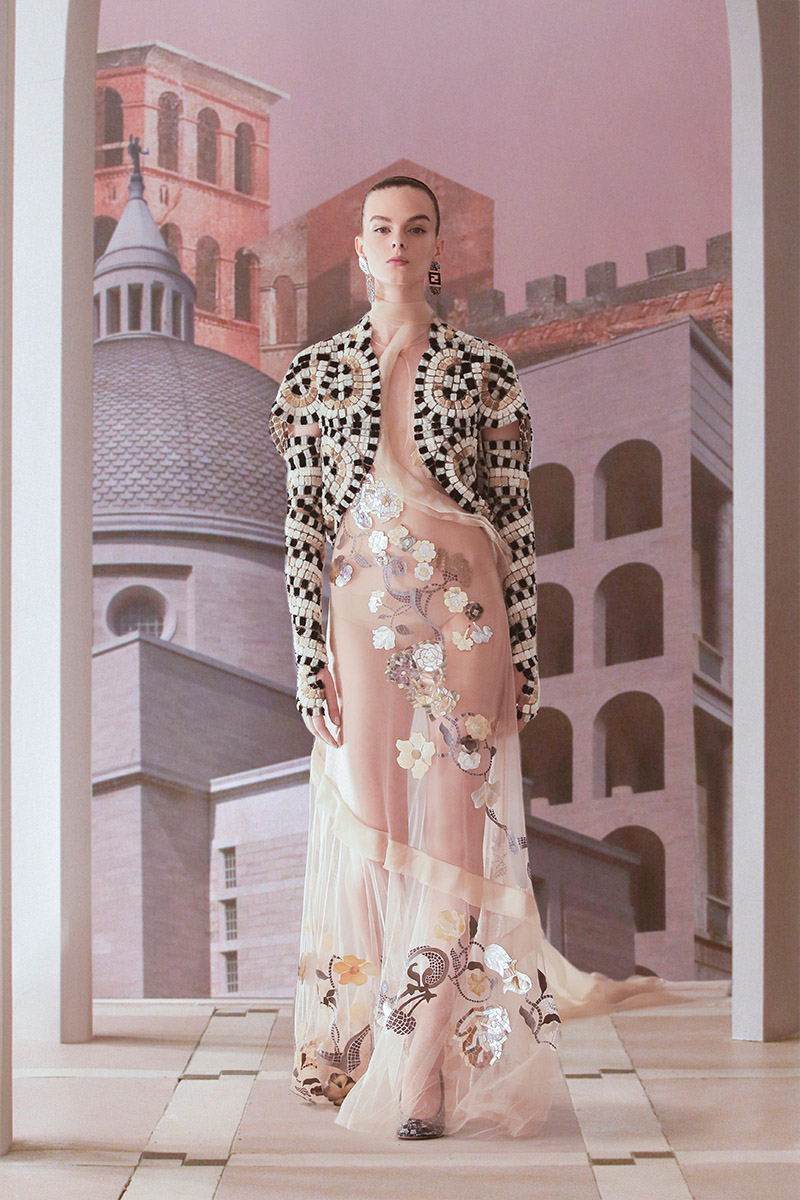 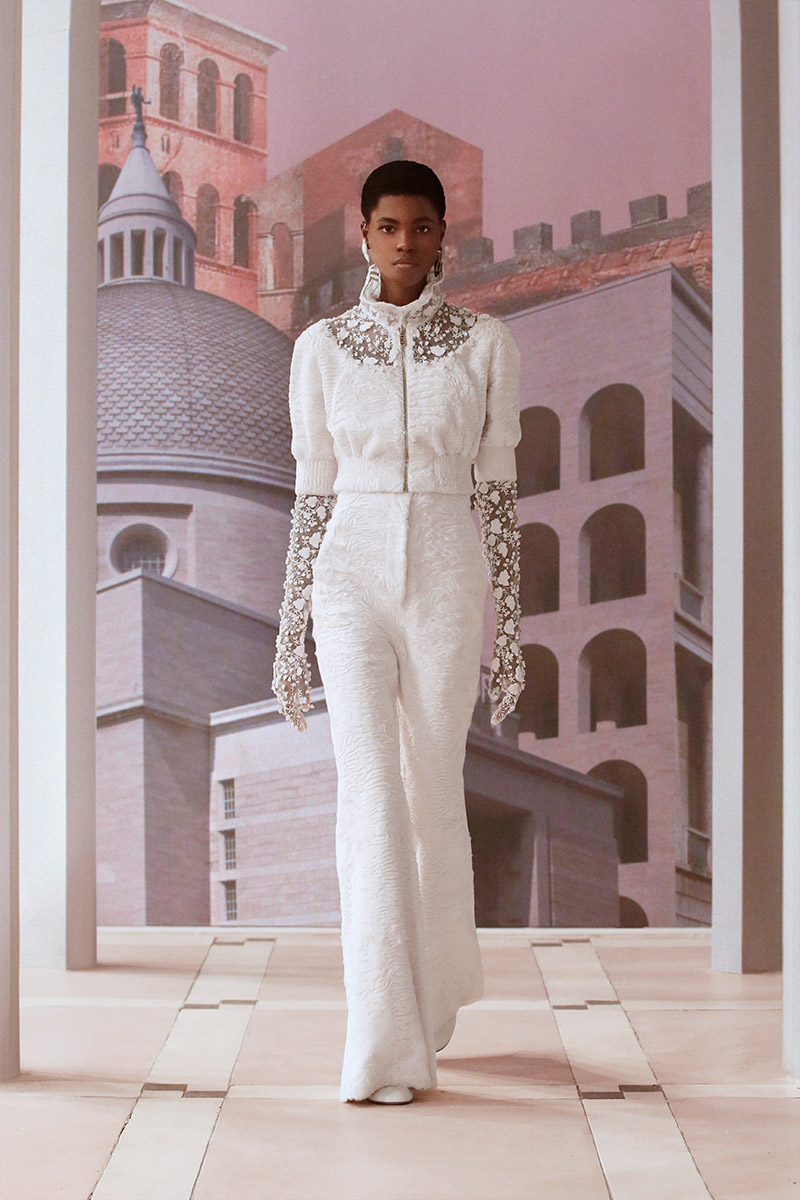 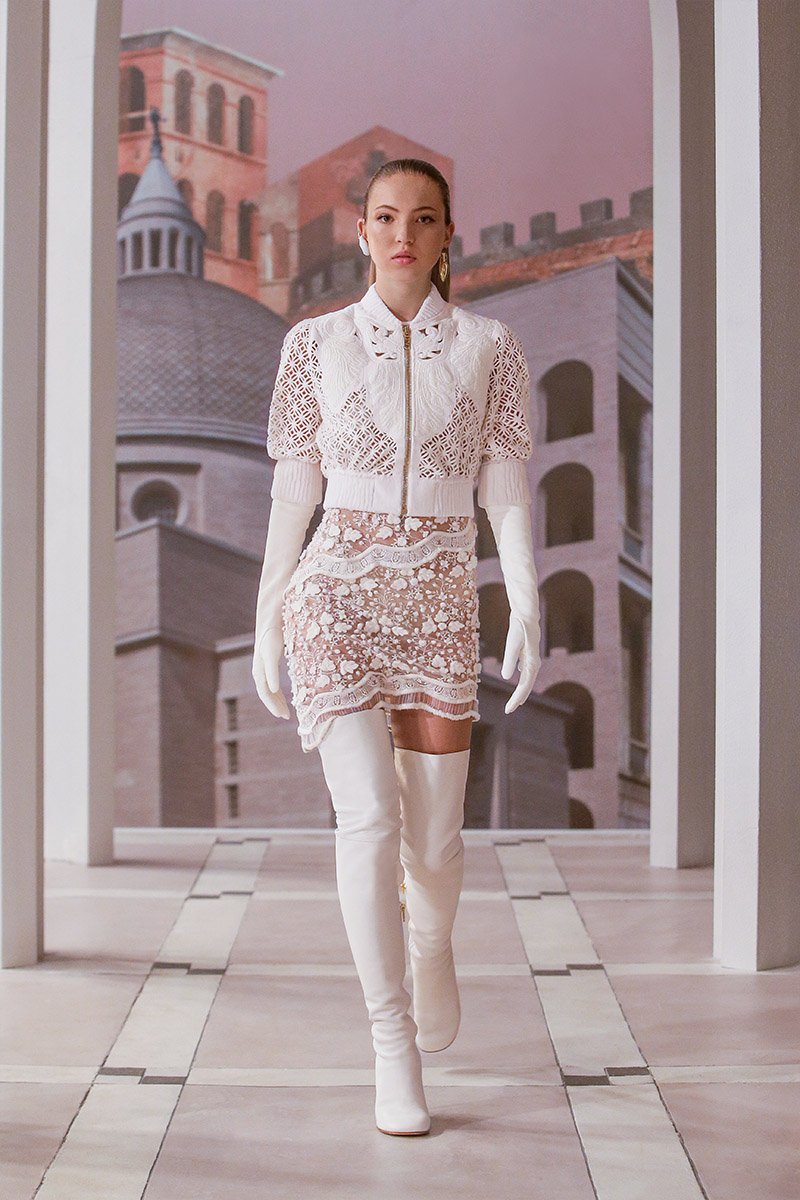 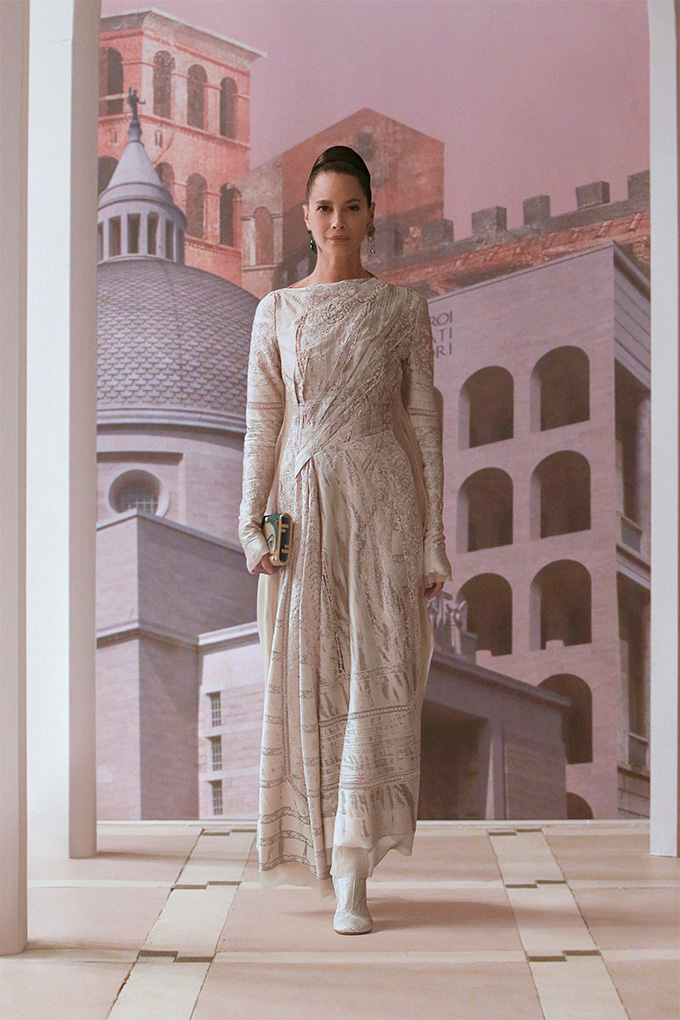 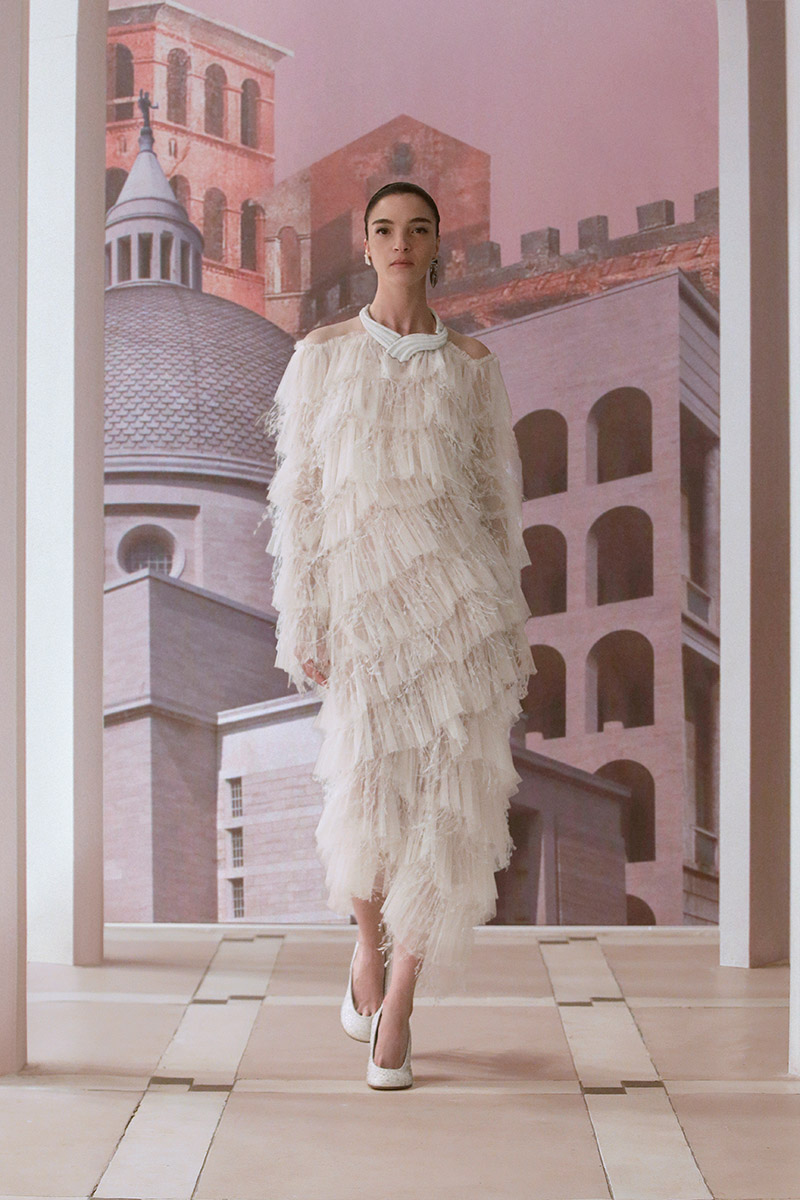 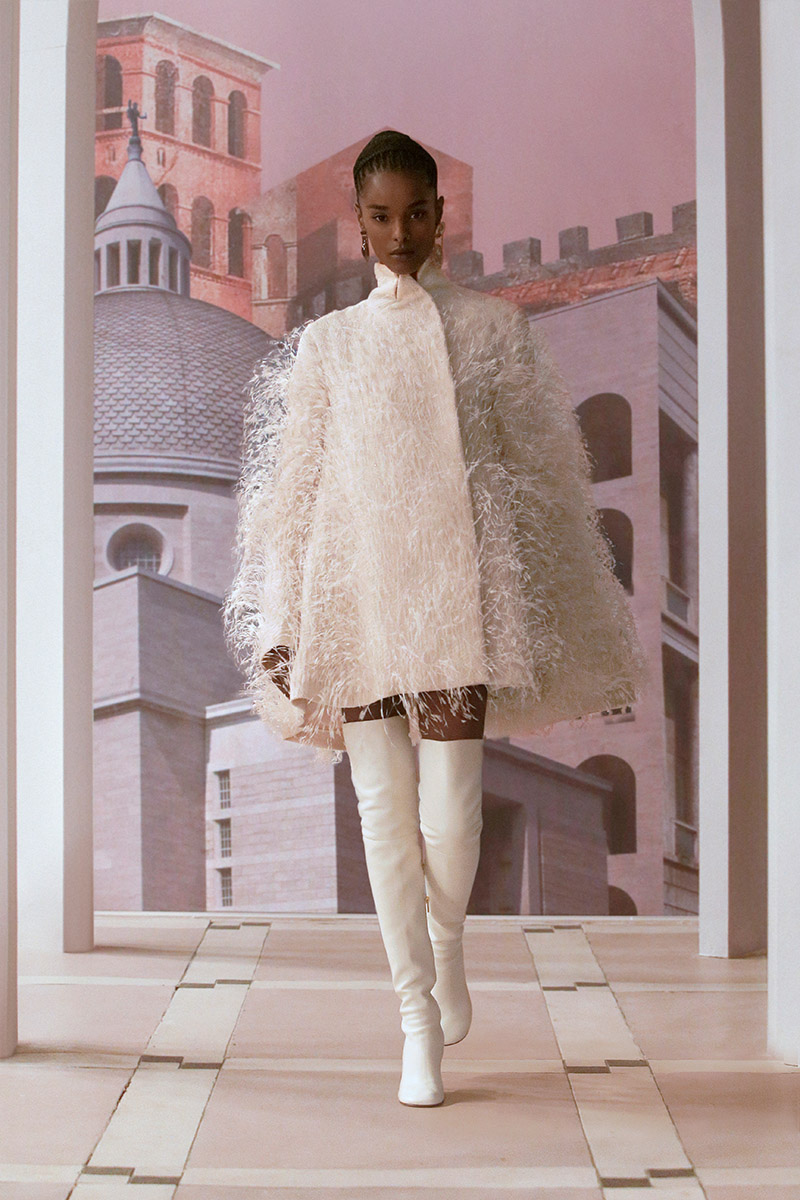 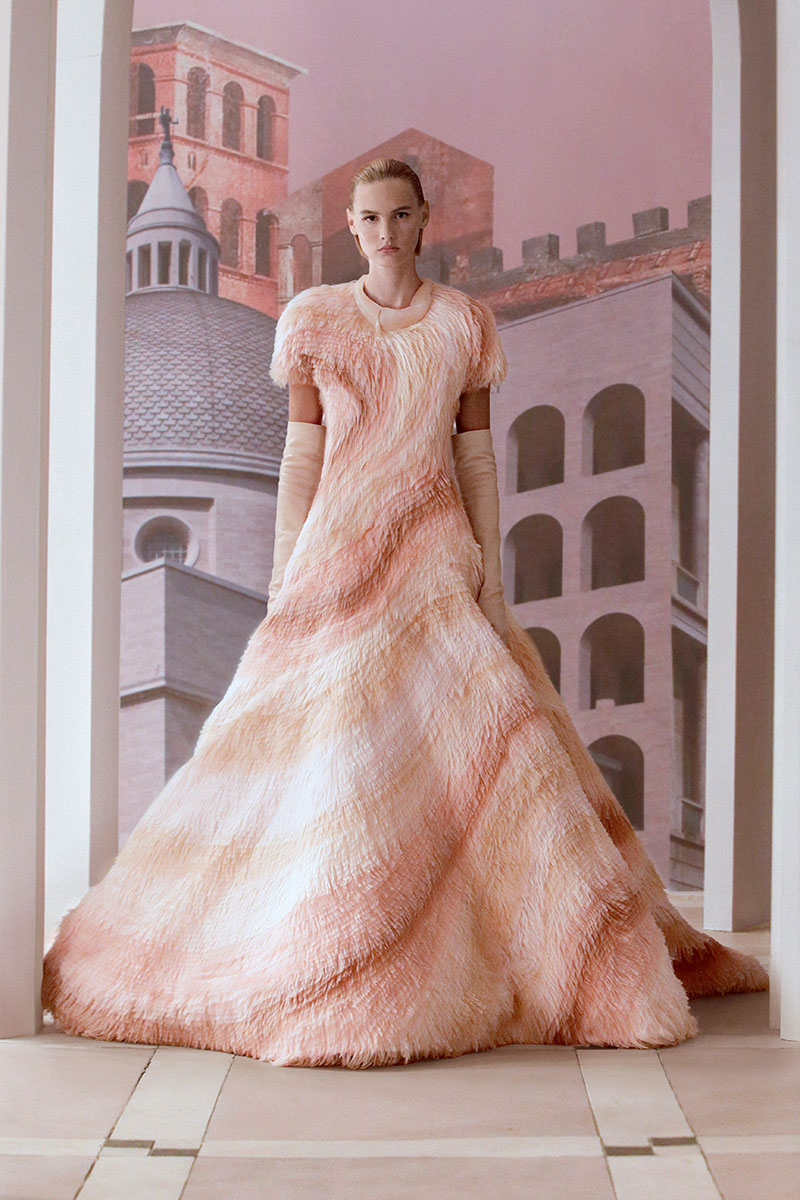 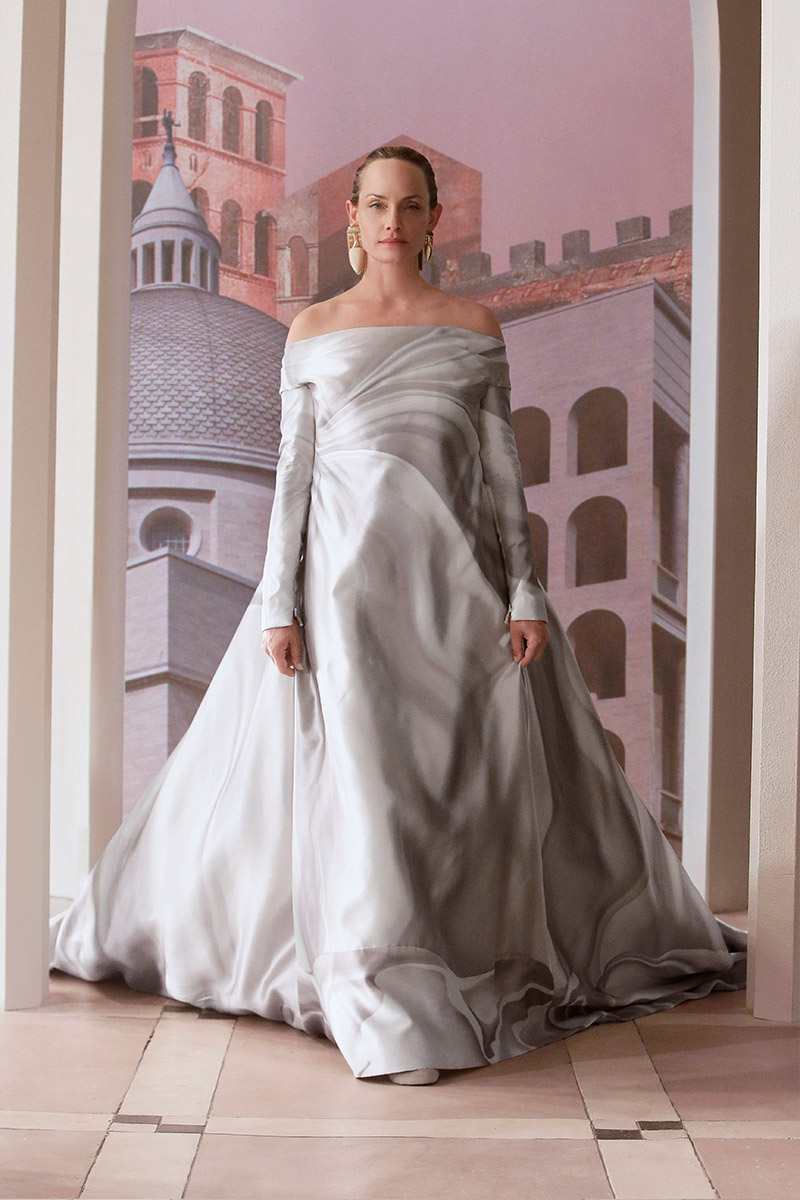 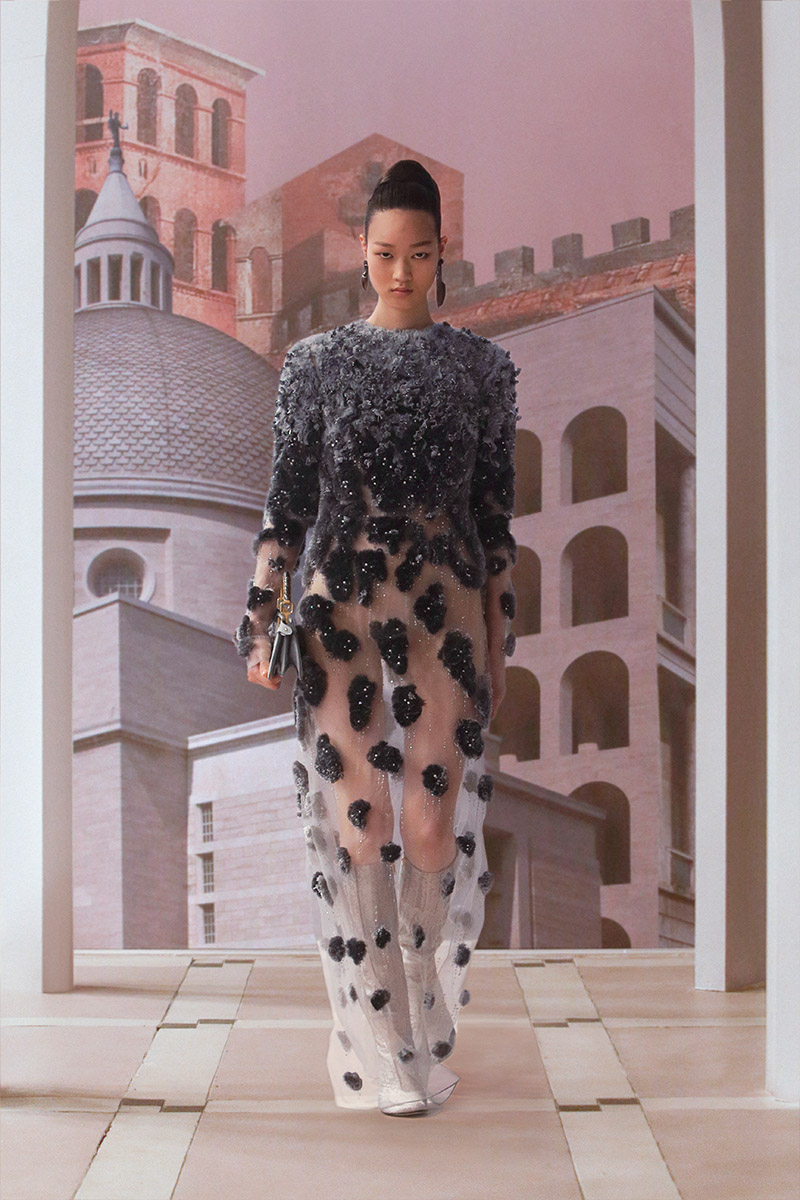 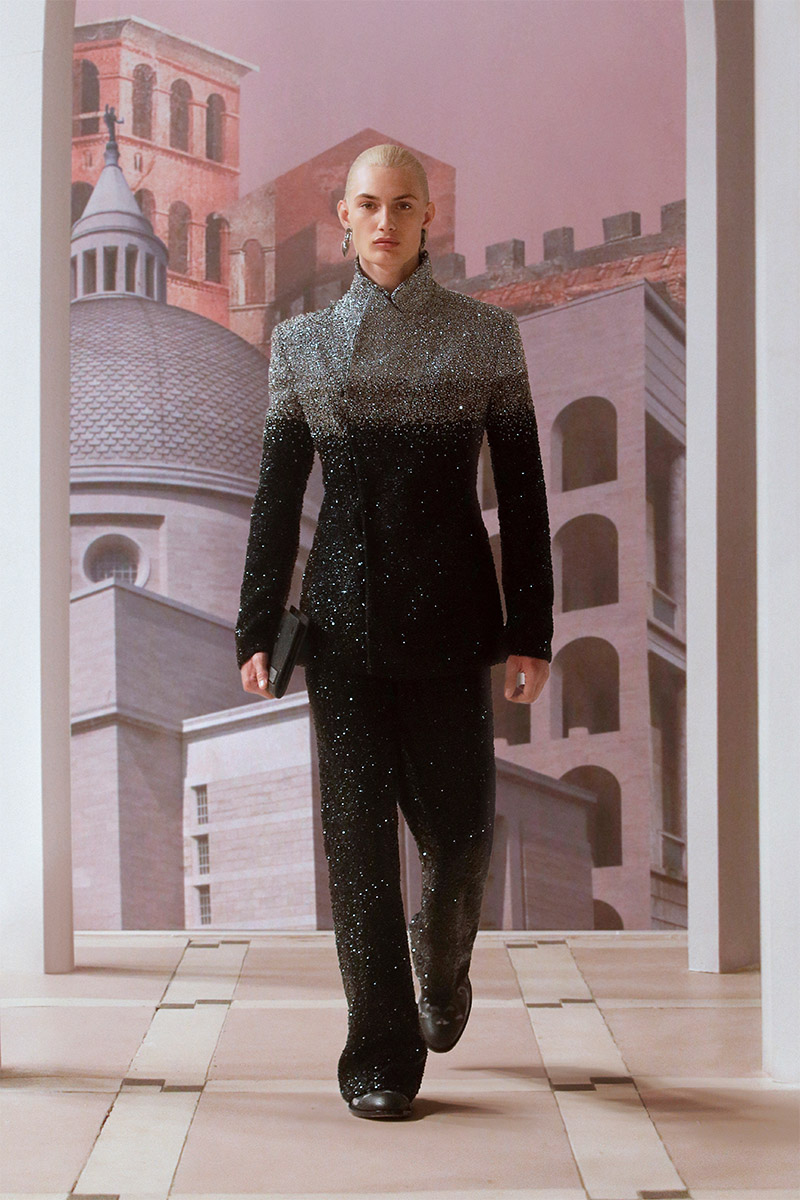 Supermodels and ball gowns: Kim Jones is living the haute couture dream. His second such collection for Fendi was captured in an emotive film, which saw the likes of Kate Moss, Christy Turlington, and Amber Valletta gaze enigmatically into the camera as they wafted around a Roman theater set in dresses evocative of the stone and statues of the Eternal City. It was shot by Luca Guadagnino—the Call Me by Your Name director, whose feature films Silvia Venturini Fendi sometimes produces—and scored by Max Richter. Kim Kardashian, who happened to be in town while Jones was filming, got an early preview.

In the age of social media when big, beautiful dresses go viral, the direction Jones is setting for Fendi epitomises a popular understanding of haute couture as something the eye can easily identify: bold ballroom silhouettes, sumptuous surface decoration, and famous faces. “It’s being optimistic about being able to socialise properly. I thought it was a nice moment to say that,” he said, explaining his focus on eveningwear on a phone call from Rome the week before his digital premiere. Couture clients, Jones pointed out, “go to Fendi for something extravagant.”

Two seasons into his tenure, his couture expression is manifesting itself in decoration and fabrication above all. His glamorous evening dresses serve as canvases for this finery, like the mother-of-pearl embellishment and recycled fur mosaic work that graced this collection. Watching it unfold, it feels like a formative process, as if all that intarsia and all those embroideries have been locked inside him for so long, waiting for the day when they could burst out into bona fide couture.

Where his January show represented Jones’s journey from England to Rome, this one had arrived and bought the postcards. The film was inspired by Pasolini’s neorealistic Roman cinema, every architectural era of the city visible on its mock horizon. The fabrics and textures were informed by the buildings and pavements of Rome, some employed in statuesque lines that underscored the theme.

Jones’s evolving exercise in the decorative aspects of haute couture made for eye-catching effects like the allover petal work of Moss’s oversized dress, or the marbling of Valletta’s swathing gown. Most compelling were the silhouettes that really took form, like the hypnotising construction of a mosaic bolero jacket that resculpted the body through the volume-specific grammar of haute couture, or the dress worn by Mica Argañaraz, which demonstrated a similar idea in flou. As he showcased in his terrific Dior collection with Travis Scott two weeks ago, Jones’s work is at its most captivating when he amps up his cutting and plays with shape.

“We had a lot more time to work on this one. We’ve actually had a full season. So, it’s a lot more worked into, and I think people will see a lot of difference in it. The people here, when they see what we’ve been doing, they can’t believe it’s the second one I’ve done. They say it’s a lifetime’s worth of understanding,” Jones said, noting how he’d watched Marc Jacobs at work during his years at Louis Vuitton. “I’ve only really scratched the surface, but we’ve already planned what we’re doing for the next couture,” he teased, hinting at a physical runway show in Paris. 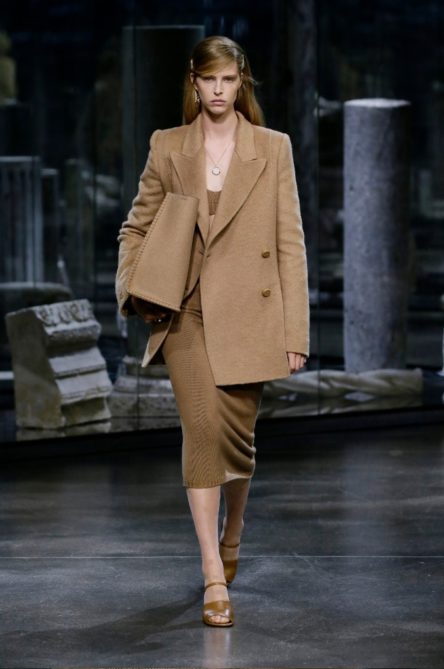 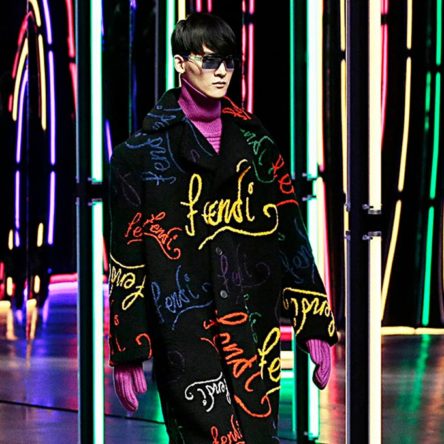 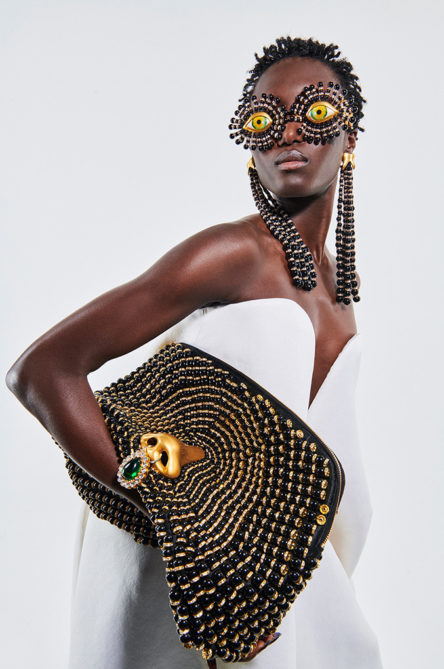