It appears as though Emma Corrin has burst on to the scene, similar to her screen alter ego (that would be Diana, Princess of Wales, in Netflix’s The Crown, in case anyone has been hiding under a rock). Overnight, she has become inescapable: from featuring on billboards, laptop screens and magazine editorials left, right and centre. However, this is far from Corrin’s debut foray into the television or fashion world—in fact, she recently wrote and directed a short film in collaboration with Italian fashion house Gucci.

As someone who has been vocal about leaving the modelling world due to unreasonable pressures to lose weight, it is clear that Corrin, much like Diana herself, is not a person to be cowed into suffering in silence, or to simply accept the flaws in a broken system. 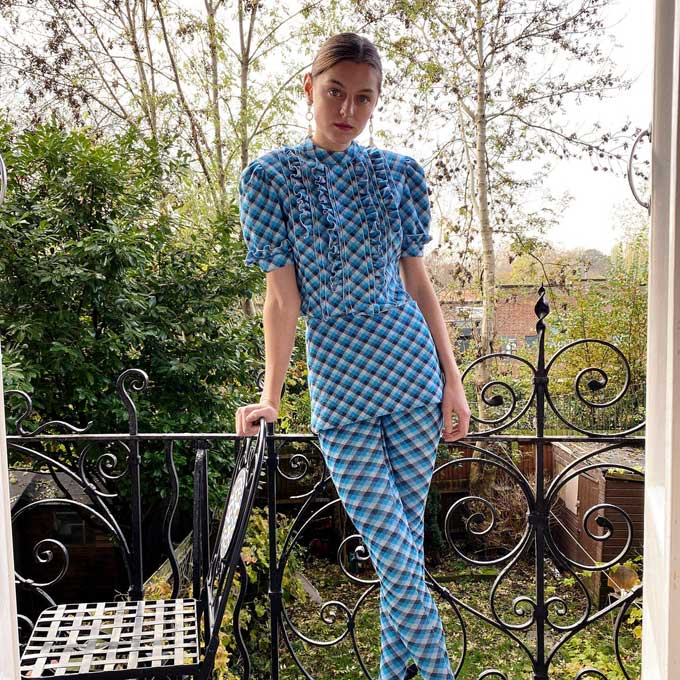 In this recent behind-the-scenes image of the young actress on set, we see two eras and worlds colliding. Kitted out in a full look from the show, Corrin throws a puffer jacket on between shots, breaking the remarkable illusion of a 1980s princess. Although there are few stylistic similarities between the two women (given the span of over 20 years between them), we think it speaks highly of the actress’s protean ability to take on a character. What we love: the patterned twin sets, the royal off-duty look—these all appear as natural and at ease on Emma as her own sport-luxe pieces.

This week, look towards Corrin in character as Her Royal Highness for sartorial inspiration:

Demand attention in a loud two-piece; skirts are preferred to add an aura of retro demureness.

Keep it sleek and simple with a white mid-heel that means business.

An item steeped in tradition and stereotypes, the last few seasons have seen an invigorating shift towards alternative shapes. These are definitely not your grandmother’s pearls. 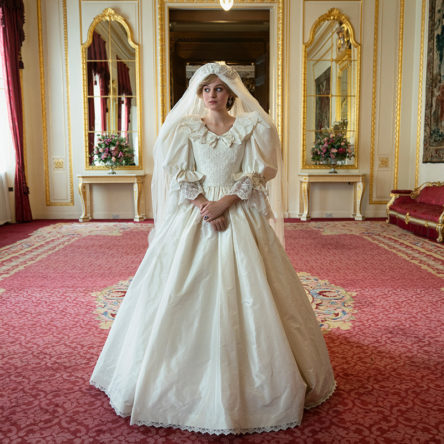