When there’s not a pandemic around, Dolce & Gabbana’s super-rich clients flock to fabulous destinations around the world to watch the seasonal Alta Moda show and add to their ever-expanding couture collections. They’ll bring their entire lineage: the husband, the grandmother and all the kids, each of them decked out in Dolce & Gabbana like some larger-than-life family holiday. As a fly-on-the-wall at these shows, it’s been a fascinating dynamic to observe. Like every other part of their lives, for this flamboyant segment of the world’s one per cent, generational self-expression is amplified to another level. If the grandmother exudes old-school glamour, it’s the Elizabeth Taylor way. If the kids are nonconformist, their defiance unfolds on an unlimited budget.

This season, in lieu of their traditional travelling event, Dolce & Gabbana embraced this Alta Moda phenomenon in a short film celebrating our generational differences and the brave new world of their future couture clients. “We call it the Alta Moda Family Affair,” Stefano Gabbana said.

It was a different approach to Alta Moda

On the phone from Milan, Gabbana sounded elated. He had just been freed from a two-week house confinement after coming into contact with COVID-19. (He tested negative.) “Oh my God,” he says, ever the workaholic. “I was like a panther in a cage!” The morning after his quarantine finished, the designer was back in his office finishing his Alta Moda collection alongside Domenico Dolce.

Inspired by our escalating digital times where confinement has accelerated the culture of social media—and the fact that clients can’t currently travel—“we thought we’d do something different,” Gabbana said. He wasn’t exaggerating. Not only did he and Dolce transform their show into a music video-style family gathering in a palazzo, they changed their entire approach to Alta Moda, which normally focuses on a single historical, geographical or cultural theme. “We’ve broken everything, we think,” Gabbana said, referring to their own tradition. “We want to present the beautiful situation of today between the many kinds of generations.”

The collection celebrated the free spirit of the TikTok generation

“I’m 58. I know a lot of things about the past. Not like my mum, but I’ve matured and I know many things,” Gabbana said. “I read the newspaper, I look at social media, but social media for me is something new. I don’t groove with social media.”

Flicking through TikTok, the designers had become enthralled with the way the cybergirls of Generation Z express themselves and tailor their looks to the digital stage, freely—and often unconsciously—referencing eras and styles through their inimitable candy-coloured lens. This generation, Gabbana affectionately said, “is totally ignorant in a good way, in the sense that they don’t necessarily know about the past but mix everything depending on the day and their mood”.

It was a study in generational dressing mentalities

Mesmerised by the contrast between the cybergirl approach and the style of their parents and grandparents, Dolce & Gabbana decided to translate it into their Alta Moda universe with its magnificent artisanal possibilities: “We took this idea and we divided the mentalities amongst models of different ages.”

It was invigorating to see how the designers had interpreted the current generational evolution. Glamorous grandmothers bedecked in gem-encrusted evening dresses ticked the classic Dolce & Gabbana box, their grand-dame glitz visibly passed down to their imagined granddaughters.

It was cybergirl couture

The TikTok generation materialised in cartoonish couture shapes like a big ball dresses bursting with multi-coloured ruffles, or a dramatically plumed ruby cape casually thrown over luxe sportswear. Historical tailoring was defiantly adapted, like a baroque suit worn like some libertine rock star, or a Prince of Wales checked heritage number de- and reconstructed.

Boots had been painted white and graffitied, the DIY (but couture) alternative to the delicate decoration found on the dresses of the older generations. “We have a lot of customers with daughters and sons, who are beginning to get closer Alta Moda and Alta Sartoria,” Gabbana said. “We want to be approachable to these generations.” 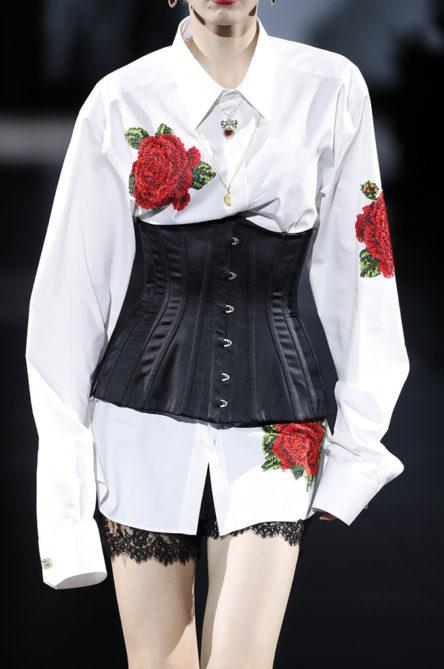 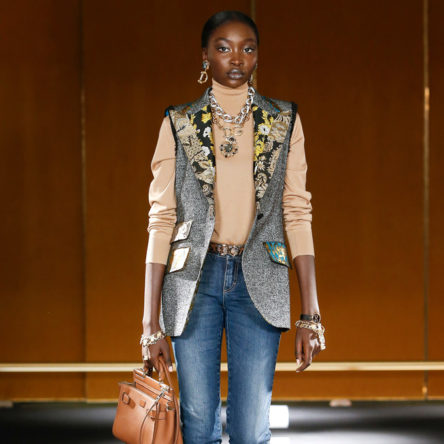 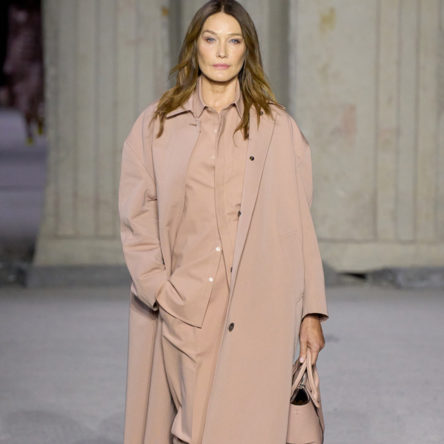 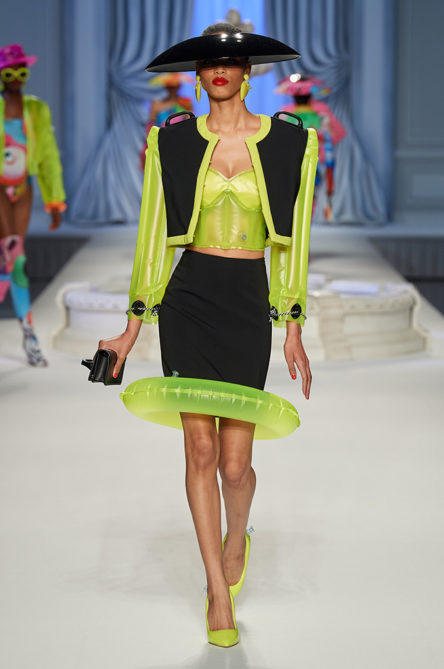