Sixteen-year-old Amala Ratna Zandile Dlamini would have liked a nice pair of jeans. “I recently got a clear pair with no distressed parts. Then, I got some that had big holes in the knees. Now, I can switch between them, which is crazy.” Twenty-six-year-old Doja Cat takes me down what feels like a metaphorical morass of denim. What she’s really hinting at are the dichotomies that have hovered in her orbit since her debut: singer versus rapper, TikTok maven versus 11-time Grammy nominee, and in fleeting moments, Amala versus Doja. Or maybe she’s not. With Doja, the thrill is in never quite knowing.

Born in Tarzana, Los Angeles, Doja’s formative years play out like a pendulum of moments both familiar and intriguing. The youngest child to Dumisani Dlamini and Deborah Sawyer—a performer and graphic designer, respectively—her family relocated to Rye, New York. Eventually, she moved to an ashram helmed by jazz musician and swamini, Alice Coltrane—also known by her Sanskrit name, Turiyasangitananda—with her mother and brother. Bajans and bharatanatyam lessons were par for the course, but Doja’s solace seemed to lie within a universe of a different kind.

“It was maybe around 11th grade that I figured that this was what I really wanted to do. Performing and music was all I ever cared about.”

“I was in high school and I was starting to get discouraged about where I was going as far as my education was concerned. I remember that the only thing that I cared about every day was going to school and making playlists or finding new music,” she shares. Her voice is a blend of saccharine and stark, setting off the green outline of her Zoom caller box. It’s the tonal quality that, I imagine, has sparked the discourse that the only person Doja would ever need to duet with, is herself. “I was very into finding underground artists that rapped and people that had been around for a long time. It was maybe around 11th grade that I figured that this was what I really wanted to do. Performing and music was all I ever cared about.”

Doja eventually dropped out of school, inadvertently finding herself exploring the depths of the Internet. First, was the turn-of-the-millennium slapstick of eBaum’s World. Then, it was the hyperconnectivity of Myspace. Finally, it was the untapped possibilities of GarageBand and SoundCloud. “At one point, these were huge things for me. The most ancient memes you can find would be on some of these sites. That was a whole thing, you know? My sense of humour, these platforms kind of shaped it.”

Selectively piecing together fragments of a cybernated world, Amala soon metamorphosised into Doja Cat—an amalgamation of her love for cats and marijuana—singer, rapper and bona fide meme queen. In her arsenal? Strong vocal chops, a background in dance and an irresistible manic pixie dream girl-like quality that would later lend itself to a unique brand of avant-garde rap.

Her vocal introduction to the world came in the form of ‘So High’, a breathy, synth-pop single that traced the confines of addiction: “Speedin’ up the heartbeat bangin’ in my chest/When you put it on me you relieve my stress.” After a few anxiety-laden attempts at an upload, the song caught steam, eventually drawing the attention of producer and songwriter David Sprecher, known professionally as Yeti Beats. Doja successfully clinched a record deal with the lauded RCA Records.

It was ‘Mooo!’, a self-published, satirical track about being, well, a cow, that catapulted Doja to mainstream popularity. Body positivity activists dubbed it an ode to self-acceptance and fans began to decode the lyrics. “I think some people look at things and they use certain pieces of pop culture or content to cope with this really messed up world that they live in. The world can be really crazy. Some people have to find something that brings them joy,” she pauses.

“I think some people look at things and they use certain pieces of pop culture or content to cope with this really messed up world that they live in. The world can be really crazy. Some people have to find something that brings them joy.”

“That’s what my work is doing, and that’s great, that’s what I want. I want people to feel, but at the end of the day, I don’t want to crush their dreams. The truth is that ‘Mooo!’ was made because I was bored in my room. There’s no deeper meaning. But I do the same thing that they do. There are so many songs that don’t mean anything that I apply to my life, that I feel I can cope through. So I get it.” It’s this exact lack of contrivance that Doja touches on when asked about her own happiness; her everyday take on unbridled euphoria. “Making music, and making music on the fly. When I don’t have to do it and when it’s not my job, that’s when it really makes me the happiest.”

Before we continue, the words ‘I am an FBI agent’— her Zoom name—pop up mid-call. “Who’s that?” she chirps. It takes Doja a minute before she realises she’s looking at her own moniker. She breaks out into a raucous laugh. For a second, I’m mentally transported to her TikTok page where the veil between her celebrity status and her 21.4 million followers doesn’t exist. “You still act like you have three followers,” a fan comments. “Like, in the best way.”

“Making music, and making music on the fly. When I don’t have to do it and when it’s not my job, that’s when it really makes me the happiest.”

On social media, Doja isn’t a chart-topping artiste with multiple accolades—a Billboard Music Award, three MTV Video Music Awards and five American Music Awards, to be exact— she’s your resident intrusive thought, unfazed by her audience. In one video, she drops to the ground in a Ron Weasley fit. In another, she belts a Tom Delonge-esque punk tune to a tuxedo cat.

Today, the songstress’s online clout has transcended into real-life mega-success. After her breakthrough TikTok hit ‘Say So’ in 2020—a disco-inspired number with all the trappings of a summer jam—Doja’s career catapulted. As she prepares for the 64th Annual Grammy Awards in early April, she brings with her a posse that has seen her through her studio albums Hot Pink, Amala and Planet Her as well as her initial extended EP, Purrr!.

“I feel really good about Planet Her; it’s a solid album. There are things here and there that I’d love to change all the time, but do I enjoy performing it? Absolutely. When I do something, I try not to put too much of a concept behind it. I usually vibe and make songs, and whatever sounds good I smash it together. A lot of people don’t appreciate or respect that, and I understand why they don’t.”

Doja rides with a team who gets that about her on all fronts. While manager and CEO of 10Q Management Lydia Asrat occasionally co-writes Doja’s songs—‘Streets’ and ‘Woman’, to name two—long-time collaborator, producer and co-manager, Yeti Beats, has put his stamp on tunes like ‘Kiss Me More’ and ‘Been Like This’. Her creative director of the last three years, Brett Alan Nelson, who cut his teeth working with American photographer David LaChapelle, remembers a time when things were a little different.

“When we first started, budgets were tight, brands didn’t care and she was still learning about fashion. I am now able to create stuff that we have never seen before,” he reflects. “Doja’s style is always evolving. It’s hard to pinpoint what it is because she is a chameleon and can do anything. Creatively, we are just in sync. She always has a small idea that I blow up into something bigger and crazy.” His favourite look to date, he shares, is the twisted tree bark dress Doja donned in her ‘Woman’ music video. At press time, the video sits at 81 million views. “I mean, Brett’s like a genie, he’s really, really, really great. I’ll say ‘I want a hat that looks like a banana’, and he’ll be like ‘okay’, and it’ll look amazing,” Doja adds.

As Doja walks into a season of celebration, she uncharacteristically notes some excitement for the Grammys. “I get to dress up, and I’m excited to be there with my people and see other people triumph. It’s beautiful to watch. Sometimes the Grammys can be something else, and people can take it the way they want to. I think it’s a fun experience.” I ask her what she wants for herself next. “I want to surf every day, and I want a dog, and one more cat. That’s it.”

For a woman who’s close to taking over the world, her answer is a reverberating interlace to the beginning of her journey. According to Doja, she’d love to tell her 16-year-old self all about finally finding jeans that fit. She’d also like to tell her that everything ended up being okay. And man, how right she’d be.

Pre-order your copy of the April ‘Rapture’ issue of Vogue Singapore online now or pick it up on newsstands from 8 April 2022. 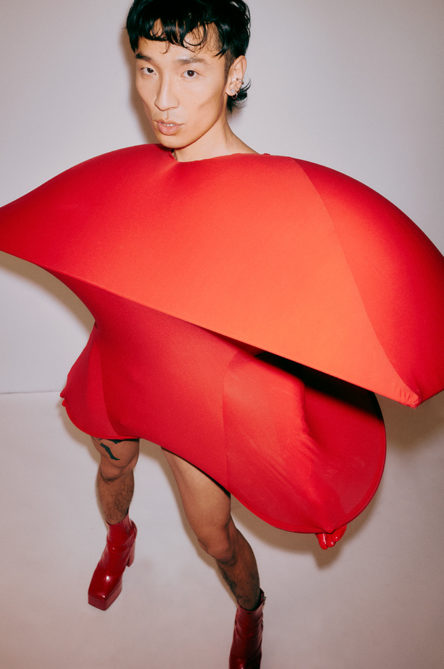 "Wearing heels allows me to connect with a part of myself that I was taught to be ashamed of": Shaobo Han on degendering fashion 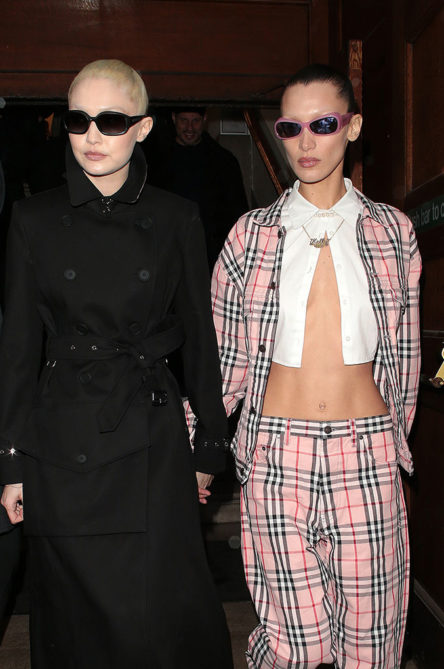 Fashion Flash: Gigi and Bella Hadid pledge their support for Ukraine, and more fashion news to know this week

The top fall/winter 2022 trends that ruled the runways