Since the release of their debut single album 2 Cool 4 Skool in 2013, BTS has skyrocketed to superstardom and amassed a mega fanbase dubbed the BTS ARMY. The South Korean septet consisting of members Jin, Suga, J-Hope, RM, Jimin, V and Jung Kook have not only dominated the Korean music industry. They have also conquered the global music scene by racking up substantial fanbases across the world, including the US, Philippines, Brazil and Mexico.

In 2018, BTS became the first Korean act to top the US Billboard 200 with their Love Yourself: Tear album. To date, the group has also won 33 Mnet Asian Music Awards, nine Billboard Music Awards and six American Music Awards.

The global domination doesn’t end there, either. With award ceremonies come red carpet appearances, and the band has captured the attention of the fashion set for their sleek sense of style. While the group has a penchant for classic tailoring, streetwear and matching ensembles, they do not shy away from a bold fashion moment on the red carpet.

In May of this year, BTS levelled up their sartorial game even further by becoming the latest house ambassadors of Louis Vuitton while the brand’s menswear division was under the helm of the late Virgil Abloh. Together, the two powerhouses ushered in a new chapter for the maison. In July, the Bangtan boys made a mark with their very first runway appearance at Louis Vuitton’s menswear autumn/winter 2021 show in Seoul.

As an ode to the launch of Vogue Singapore’s January/February ‘Grace’ issue as well as BTS’s unparalled sense of style, scroll on for a curation of the band’s best red carpet looks over recent years.

During the ceremony, BTS nabbed awards for favourite duo/group, artist of the year and favourite pop song for Butter. After a quick outfit change, the boys walked the red carpet once more in varying shades of yellow.

At the 63rd annual Grammy Awards where the group was nominated for best pop duo/group performance for their single Dynamite, BTS channeled modern tailoring and sportswear by way of Louis Vuitton.

On the Golden Disc Awards red carpet in Seoul, all seven members of the band posed in Givenchy with standout looks from Jin and V, who sported a baby pink and white suit and floral jacquard coat, respectively.

On the red carpet of Variety’s Hitmakers Brunch, the group dazzled with holiday-appropriate sparkle.

Fully clad in Celine, the Bangtan boys showcased their diverse sense of style. RM, in particular, gave us an unforgettable hat moment.

At the 2019 Melon Music Awards Jung Kook, Suga, V, Jin, RM, Jimin and J-Hope walked the red carpet in Prada. The real style moment of the night, however, was the bevy of cleverly-worn belts proving once again that when it comes to serving a look (or many), BTS knows best.

As well as claiming the Billboard music award for top social artist and top group, BTS won on the red carpet in full Alexander McQueen with particularly eye catching looks from Suga in a polka-dotted black jacket and V in a geometric print.

Monochromatic tailoring was once again the memo for the night as BTS attended the 2019 Fact Music Awards.

The septet looked exceptionally distinguished at the Seoul Music Awards in varying renditions of the tuxedo.

We’ve seen many a coordinated look from the group over the years, but at the Mnet Asian Music Awards in Japan the boys decided to break away from the tradition and arrived in very distinct Dior’s spring/summer 2019 menswear looks which included a bubblegum pink suit and a high-shine jacquard print overcoat.

At the 2018 Mnet Asian Music Awards, this time in Hong Kong, BTS claimed five prizes which included the coveted titles of artist of the year, worldwide icon of the year and album of the year. On the red carpet the group showcased their on-trend fashion sense in pinstriped, sequinned and silk-effect jackets.

The group made an appearance at the 2018 Asia Artist Awards in almost all black with the exception of a few pops of red.

The group opted for chic and sophisticated looks to receive the Orders of Cultural Merit at the 2018 Korean Popular Culture and Arts Awards, becoming the first K-pop group and youngest recipients to win this honour.

The January/February ‘Grace’ issue of Vogue Singapore is available for sale online and on newsstands from 3 Jan 2022. 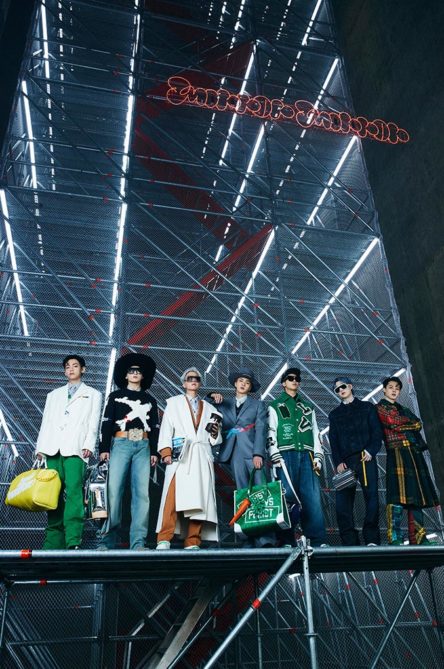 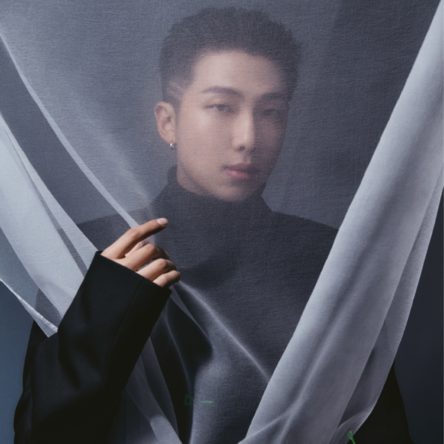 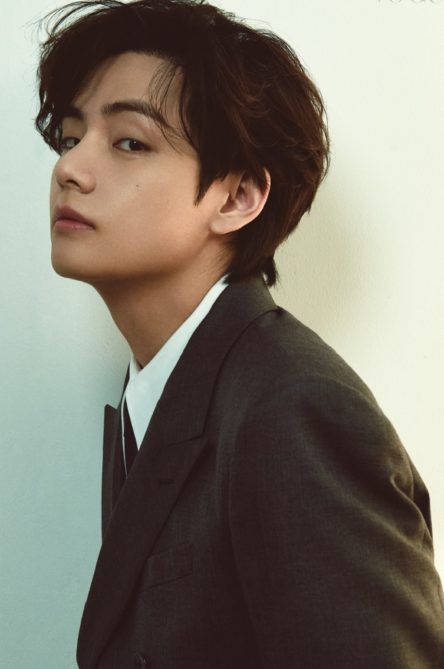 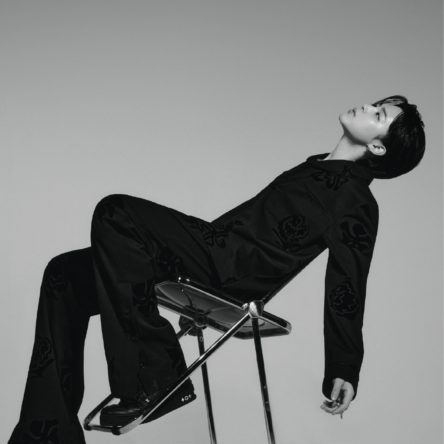