When I first met Jason Wu, he was as into creating his glamorous line of fashion dolls as ready-to-wear. Fast forward 15 years to today when we’re living in a Barbie obsessed world and there is more of a separation between the aesthetics of Wu’s two endeavours. “I’ve grown up a bit,” said then the designer pre-show. And he’s done so in the spotlight. Designers are public figures, but the intense attention Wu received after dressing First Lady Michelle Obama for two inaugural balls and other occasions (including the just revealed portrait by Robert McCurdy) was career making.

Wu said his customers, who come to him for feminine designs and what he describes as couture-like craftsmanship, have grown up with him. Soon to turn 40, the designer has finally arrived at a place of confidence. “When I was starting out I was always a bit insecure because at that time, the other young designers were way, way edgier than me and I just don’t have an edgy bone in my body,” he said with a smile. He willingly admits that he is not a minimalist either, though his spring collection is probably as close as he’s ever gotten.

Like many people, Wu, who is based in the Garment District, has been thinking about American design. Recently he’s been focusing on the strides made by designers like Calvin Klein and Donna Karan in the late ’80s and ’90s. The goddess-y ruched dresses, the wispy slip dresses and easy separates, like a sparkling mesh tank worn with satin shorts, nodded to their legacies.

This was a collection infused with light and softness. The opening tailored looks included semi-sheer inserts; dresses and pants wrapped around the body. Streamers floated from the straps of neat sheaths, and spaghetti straps and other lingerie details were used throughout. Disrupting the delicacy of the collection, in a good way, were sort of bondage florals designed by the artist Leonardo Pucci, who Wu discovered on Instagram. Raffia tinsel dresses added texture and volume that was fresher than the pretty tiered princess dresses that Wu can by now probably design in his sleep.

There were a number of asymmetrically side-draped yet trim dresses in the collection, and it was these that seemed the most signature Wu. They recalled the elegance of the Italian illustrator René Gruau, who was friends with, and drew the work of, the designers who created the Golden Age of couture, an era Wu, who himself draws, has always been interested in. “Before I wanted to colour inside the lines, but now I’m happy to colour outside of them,” said Wu, and he did so by using soft fabrics and letting the silhouette follow the body rather than creating it with strict boning. The result was designs that impart ease in the physical sense and deliver the kind of relaxed glamour that feels real and right for how women live today. 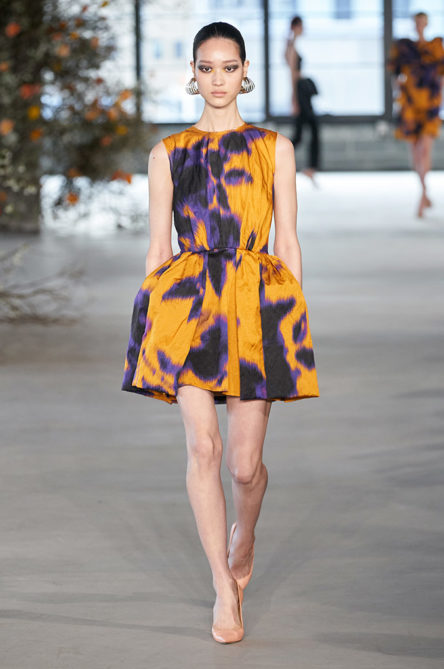 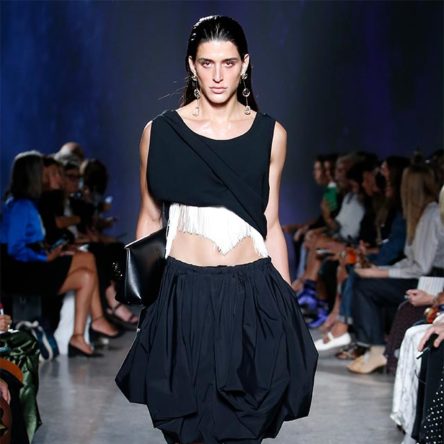 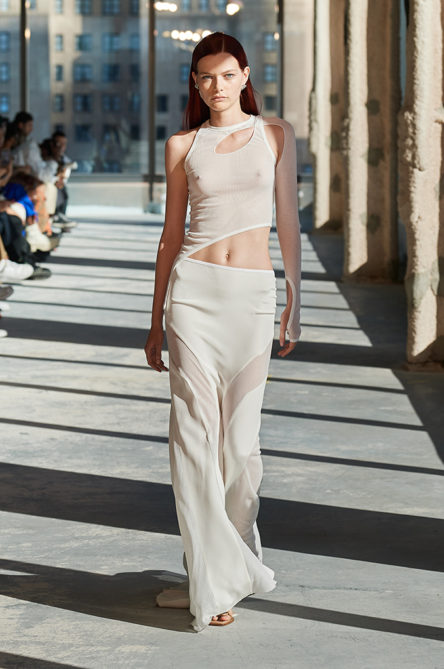