Fashion and watches have such a synergistic relationship it’s almost surprising to realise that fashion photography and watch photography are all but completely disparate endeavours. One focuses on the big picture while the other looks at minute details. This makes the Audemars Piguet X Harley Weir collaboration doubly fascinating, as the British photographer applies her introspective gaze to a world dominated by craftsmanship and heritage. 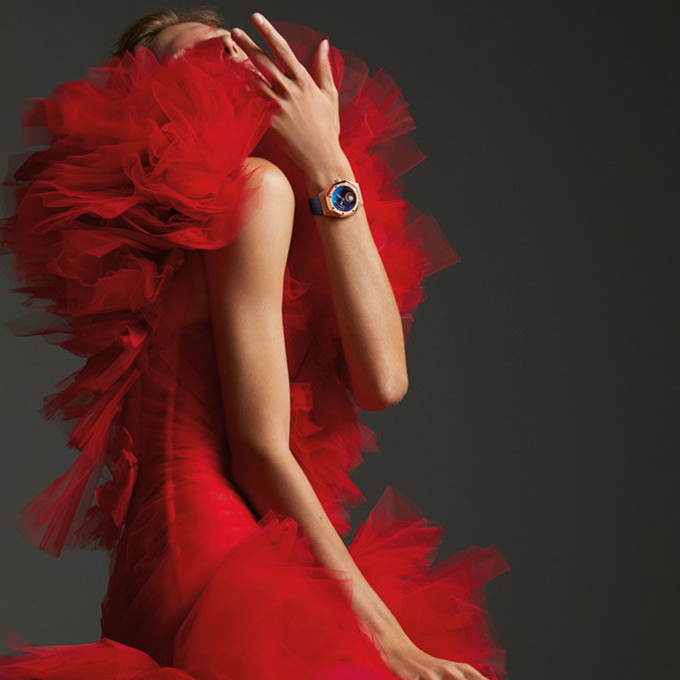 Her Instagram wall is inundated with a combination of riveting, surrealistic, sensual, feminine, and very intimate images, plus a selection of handmade ceramics she’s made together with her father. But the self-taught fine art graduate is also known to step away from raw, gritty imagery once in a while to photograph advertising campaigns.

Shooting for likes of Balenciaga, Céline, Stella McCartney, and Jacquemus, Weir delivered her raw and gritty style but made it high fashion. You see it in the Stella McCartney FW17 campaign which was shot at a landfill. You see it also with Jacquemus’ 2015 pre-fall lookbook which juxtaposed refined deconstructed pieces against a bleak and dreary industrial landscape. And now she explores ideas of modern femininity with luxury watchmaker Audemars Piguet.

Working her magic on the Swiss watch company’s summer 2021 collection, Weir draws from diverse worlds to present a kaleidoscopic view of the contemporary woman. The collaboration turns up four dramatically different themes, embodying the dramatically different facets of a woman. Occupying her palette are a myriad colours, textures and materials, from sleek black ceramic to shimmering Frosted Gold, and fantastical rainbow-hued gemstones.

“My inspiration for the shoot was to think about the way the watch was made and its different materials and then think about how the woman is made, what is part of her personality, what is her character, who she is,” says Weir, whose stirring photography was all about moving people.

She puts the spotlight on that perfect synergy between haute couture and haute horlogerie, and revels in the timepieces’ most prominent attributes. For this collaboration, Audemars Piguet unveiled four new models that’s as diverse as all of womankind, and every bit as thought-provoking.

Says Weir, “Fashion has always intrigued me as well in that sense, building your character.” And for Audemars Piguet, she has created four key visuals, each one expressing the virtues and values of a watch and its wearer.

She elaborates, “I love this idea that people wear part of themselves visually, so the people can show on their bodies what they desire inside.”

The Audemars Piguet X Harley Weir collaboration would not be the Swiss watch company’s first appearance in the high fashion universe. Last year it accompanied Ralph & Russo on the runway of the couturier’s SS21 show.

Choosing to launch new designs through the voices of creative forces in fashion signals the manufacture’s recognition and deep understanding of how women perceive timepieces: as part of an overall lifestyle choice, rather than a pursuit unto itself. 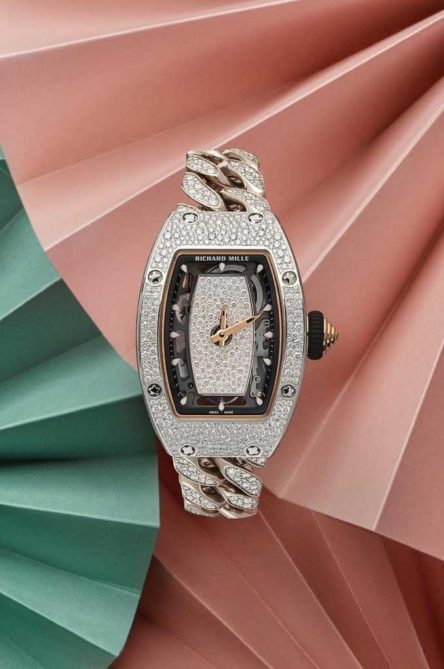 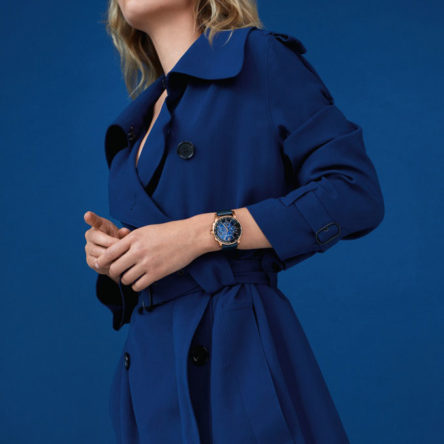 Autumn/winter colour coordination is easy with the right luxury timepiece