Leading the charge on fashion-watchmaking collaborations, Audemars Piguet joined British couture house Ralph & Russo on the virtual runway this month during Paris Fashion Week. Design duo Tamara Ralph and Michael Russo presented their SS21 collection La Futura via livestream on the brand’s website. And as their models strutted down a boardwalk dressed in bold colours and light fabrics, we were virtually transported to sunny Latin American where the summers were long and romantic.

Courtesy of Audemars Piguet, the models didn’t appear empty wrist too. Some had on the latest Royal Oak Selfwinding 34mm, and a few were lucky enough to wear the gorgeous new Royal Oak Concept Frosted Gold Flying Tourbillon. Think bright orange from top to toe accented with a pink gold timepiece, or lavish palm tree prints paired with an oversized, full gem set tourbillon watch. Plus exclusive eyewear designed in partnership with Linda Farrow, you’ll be all set for a holiday in the Bahamas—well, vicariously at least.

Though if you’re still mulling over the current season, autumn/winter is upon us, and Audemars Piguet has a full capsule collection—to borrow from fashion terminology—decked out in dramatic year-end hues. Rich burgundy, dark aubergine, cobalt blue, and two elegant shades of grey meet smooth polished metal in white and pink gold, sometimes both. And the watch? It’s not the Royal Oak this time, but rather, the still-new and ever controversial Code 11.59.

Launched in 2019, Code 11.59 is Audemars Piguet’s latest new collection, and according to the manufacture, perfectly unisex despite its 41mm case. A divisive novelty then, it has since earned itself a steady following and Audemars Piguet saw it fit to grow the collection with vibrant new colours and material combinations. Indeed, the Code 11.59’s multipart case lends itself beautifully to such pursuits.

And the multi-layered lacquer dials too could be conjured up in all colours. What makes them stand out even more is the sunburst pattern and smoked ombré effect that enlivens every dial. Seen against the double-curved sapphire crystal, which adds depth and dimension, it appears to dance along with the light whenever you move your wrist.

Echoing the sensual lines and voluminous curves of Ralph & Russo designs, the Audemars Piguet Code 11.59 is about being creative and forward-thinking without relinquishing your traditions and roots. It is about being unafraid to do something different, to be different. Perhaps the masses weren’t pleased with the watch and that’s ok—even by Audemars Piguet—because not everything is intended for the masses. 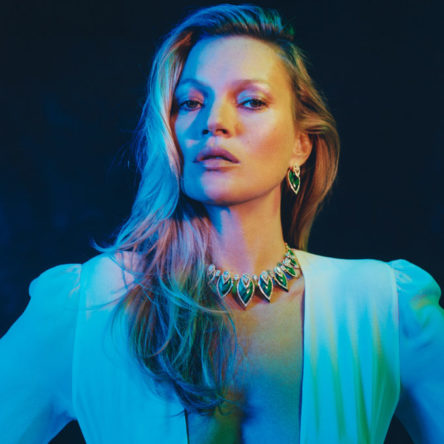