For a recent project in Montauk, Robert McKinley painted the kitchen floor an unusual colour: avocado green. In an age of all-white eateries and greige living rooms, this may sound like an aesthetic crime against humanity. Avocado green? Like my grandmother’s house? But McKinley’s kitchen evokes an earthy, Laurel Canyon meets Wes Anderson ambience, a delicate balance of earth tones with playful colour that doesn’t tread into the kitsch. It’s cool, it’s calming, and it’s, well, a little bit ’70s.

Oh, yes. Among the avant-garde, 1970s interior design trends are making a definitive comeback. “Earth tones and fun multi-color concepts are current trends now, as well as low-slung soft furniture,” McKinley says. A similar sentiment was echoed back in February by a host of interior designers embracing that much-maligned colour, brown. “The 1970s are definitively on trend in design,” Giampiero Tagliaferri, principal of Studio Tagliaferri and former creative director of Oliver Peoples, says. “The design of the time was fun and sexy but still sophisticated—I think that heavily resonates with modern audiences.”

Don’t take their word for it? Here are some statistics for you. In a 2022 survey of 600 decorators by 1stDibs, 26 percent of respondents said they’ve witnessed a resurgence of the distinctive decade’s decor hallmarks. The luxury antique site has also seen a massive spike in sales of iconic designs from the period, including Mario Bellini’s “Camaleonda” sofa from 1970 (yes, that bulbous couch you’ve seen all over Instagram), Michel Ducaroy’s “Togo” and Vico Magistretti’s “Maralunga” sofa from 1973, and Tobia & Afra Scarpa “Artona” dining series. Meanwhile, demand for pieces by Giancarlo Piretti are up 125 percent. And here’s the smoking gun: On the cover of his new album cover, Harry Styles—an aesthetic arbiter if there ever was one—stands in a very ’70s room with a low-slung lounge chair that resembles the work of Italian maker Giandomenico Belott.

At first, it may seem like an unwelcome blast from the past. The 1970s have long been lampooned for their more questionable choices, like plastic-covered furniture, traffic-cone orange palettes and musty-dusty shag carpets. But the 2020s take is more restrained, more curated, cherry-picking ’70s-inspired highlights while ditching the dated aspects.

Mischa Courvette, lead designer at Hollis and Morris, assures us that “the orange hue as well as the overuse of plastic decor” are staying in the past, while Daniel Rauchwerger, of BoND, argues that the decade, design-wise at least, is oft-misunderstood in the first place. “I think that today, we easily confuse 1970s design with general nostalgia,” he says. “The ’70s were, in a way, quite restrained in palette and material usage, in comparison with the decades before and after them. Lots of browns and warm tones, natural and raw materials like wood and exposed concrete, paired with bold geometry and patterns.” (Think less Austin Powers bachelor pad, and more Yves Saint Laurent’s Paris library, Calvin Klein’s Fire Island Pines home, or any room by famed interior designer David Hicks or Tony Duquette.) Clive Lonstein is also a champion of the period: “There is a stripped-back, brutalist sense about it presented through the simplicity of materials and more geometric shapes,” he explains. “Texture is prioritised over form, so we see a lot of simpler shapes covered in softer, coloured materials.”

The design elements and motifs that top interior designers today are borrowing from the ’70s tend to fall within a specific set of parameters. “We are seeing more textured fabrics, geometric shapes and patterns, and multi-use/free-flowing spaces like sunken living rooms, room dividers, and upholstered seating,” says Corvette. “Hallmarks of 1970s design include bringing nature indoors, materials like velvet and rattan, and patterned wallpaper. I’ve seen all of them make a comeback, adds Enis Karavil of SANAYI313. (Fittingly, Danish furniture brand Gubi recently announced they were re-launching “Bohemian 72,” a rare rattan furniture collection by cult Milanese designer Gabriella Crespi originally produced in 1972.)

Perhaps most predominant is the return of the earthy colour schemes, biophilic accents such as leafy plants and mushroom-shaped lamps, and low-slung furniture. For a recent project in Aspen, Lonstein adorned the living room with forest-green curtains, wood coffee tables, and brown furry accent chairs. McKinley currently is designing two residential projects with rich earth tone colour schemes, deep low-slung furniture, open floor plans and sunken living room. Meanwhile, Tagliaferri is busy sourcing seventies homages in a restaurant he’s working on in Milan, where Lonstein is incorporating many of these elements into the renovation of his Manhattan apartment.

But why the seventies surge now?

The editorial director of 1stDibs, Anthony Barzilay Freund, believes COVID has something to do with it. Overnight, many made a literal move to working and living in one place. “People felt a need for a relaxed environment—so, nothing hard on the eyes, and a place that has an immediate comfortable feel,” he says. The ’70s, with their warm colour schemes (brown, in particular, is known for its mentally grounding effect), wide-open rooms, and sit-and-sink-into furniture, was the perfect period to take cues from.

Another factor? Fashion. Society, as a whole, has adopted a more casual way of dress in the past decade or so—jeans can be worn to an office, sneakers are considered fashionable, and tie sales continue to drop. It appears this stylistic aversion to stuffiness has seeped into our homes too. “The revival of 1970s design fits well with the more relaxed modes of dress: baggy, oversized, unstructured, soft and sloughy,” says Freund. “Not far off from the prevailing and evolving variants of normcore fashion.”

Perhaps McKinley sums it up best: “The open floor plans make so much sense for entertaining and human connection. Earth tones are calming, sophisticated and help people feel grounded,” he says. “I think in many ways it is how people want to live.”

This story was originally published in Vogue US. 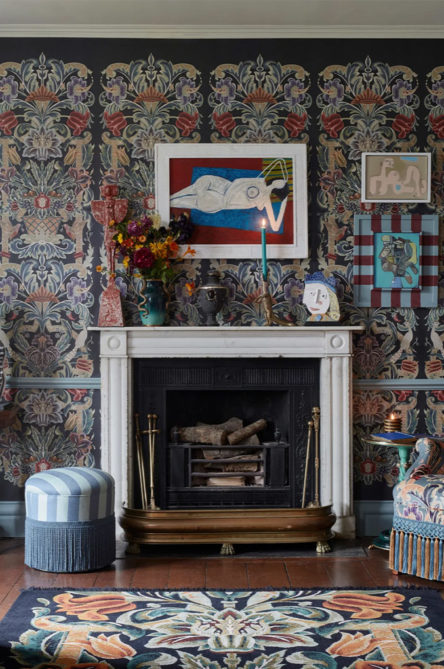 What does it mean to be maximalist? Two interior designers explain 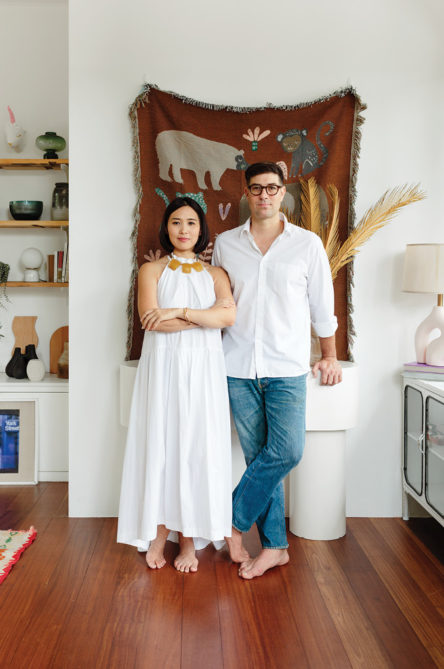 Domestic rhapsody: Teo Jia En and Federico Folcia's home is a harmony of work and family life nestled in nature 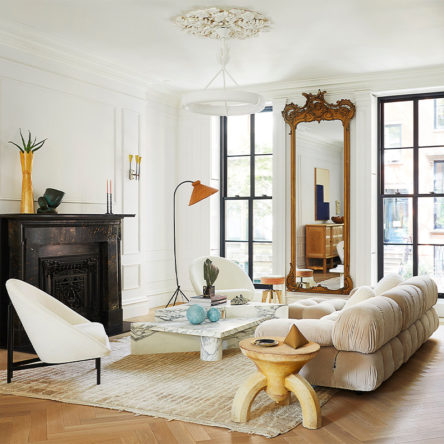 Mario Bellini's Camaleonda Sofa: This is the couch you're seeing everywhere on Instagram