Think Netflix and the show of the moment this month is undoubtedly Squid Game. The nail-biting thriller series has topped Netflix charts in over 83 countries, and with good reason. It’s like Hunger Games set in a cheery, pastel world with twice the tension and pressure. The cast is not one to sleep on either, with Jung Ho-yeon, Lee Jung-jae and Park Hae-soon delivering flawless performances and winning the hearts of viewers around the world. If you are searching for something new to watch after binge-watching Squid Game for the umpteenth time, here’s what you can expect from Netflix this month.

For those looking to usher in Halloween in style, try Night Teeth. Vampires are back in town with Debby Ryan, Lucy Fry, and Megan Fox starring in this sleek LA-set thriller. If you’re in the mood for something more classic, There’s Someone Inside Your House is a modern-day slasher film worth hanging onto the edge of your seat for.

And how can we miss the return of You? Back for a third season, enter the married lives of Love (Victoria Pedretti) and Joe (Penn Badgley) as they welcome a son into the world. It won’t be long before something goes wrong and we’ll just have to stay tuned to find out if love truly trumps all.

Scares aside, this month’s content also shines a spotlight on societal fault lines. From gendered poverty with Maid to police corruption in My Name, there’s never been a more apt time to shine a light on the problems facing our society. They may be works of fiction, but they sure reflect our current reality.

October may be the month of spooks and scares but Netflix promises content that is more than just that. Whether you’re a horror fan or looking for something more lighthearted, there’s something for everyone—perfect for tiding you through the latest round of dine-in restrictions.

Inspired by Stephanie Land’s best-selling memoirs, Maid features mother-daughter stars Andie MacDowell and Margaret Qualley (Once Upon a Time in Hollywood), alongside Nick Robinson (Love, Simon) and Tracy Vilar. The series follows Alex (Qualley), a young mother who takes on a new job cleaning houses after fleeing from her abusive partner to build a better future for her daughter. Weaving together issues of poverty, domestic violence and generational abuse, Maid offers an insider view into the lives of those trapped in a poverty cycle and what it takes to break out of one.

“My future’s my design, my story’s finally mine. And I’ll light the world.” As Diana (Jeanna de Waal) sings about the future ahead of her, the news breaks about her fateful car crash in Paris, bringing an abrupt end to the hopes and dreams of The People’s Princess. Chronicling the life of the Princess of Wales, from her engagement to Prince Charles to her untimely demise, what Diana lacks in groundbreaking plot, it makes up for in song-and-dance. With music and lyrics from Tony-winners David Bryan and Joe DiPietro (Memphis), Diana’s story might not be a tale as old as time, but it does come with a certain pizzaz in this musical adaptation.

Watch Diana: The Musical from 1 October.

There's Someone Inside Your House

In the first of many spooky films to come this October, join Makani and her friends at Osborne High School as they try to identify and put a stop to a masked killer who’s targeting students and exposing their biggest secrets. Paying homage to horror classics Scream and I Know What You Did Last Summer, There’s Someone Inside Your House brings a 21st-century spin to horror with the question—would you rather die or reveal your darkest secret?

Watch There’s Someone Inside Your House from 6 October.

What happens after a boy gets the girl? Is a happy family in the cards for Love and Joe? Season 3 of You picks back up with Penn Badgley (Gossip Girl) and Victoria Pedretti (The Haunting of Bly Manor) reprising their roles as Joe Golberg and Love Quinn—your nice, normal neighbours next door. But it’s hard for a leopard to change its spots and so enters Natalie (Michaela McManus), the loving couple’s next-door neighbour and Joe’s latest obsession. What will Love do to hold onto the perfect family? As the saying goes—till death do us part.

Watch You Season 3 from 15 October.

How far will you go to seek revenge? After witnessing the death of her father at the hands of a police officer, Yoon Ji Woo (Han So-hee) infiltrates the police force as a spy for a drug cartel led by Choi Moo Jin (Park Hee-soon) to investigate and avenge her father’s sudden demise. Ji Woo’s loyalties are tested when the police force tasks her to take down the very drug cartel she is working for. Directed by Kim Jin-min (Lawless Lawyer, Extracurricular), My Name promises a thrilling, action-packed watch.

Watch My Name from 15 October.

Hang on to your seats for things are about to get bloody exciting. Jorge Lendeborg Jr. (Bumblebee) stars as Benny—college student by day, chauffeur by night. His job? To drive around two mysterious young women (Debby Ryan and Lucy Fry) around Los Angeles for a night of party hopping. As the night progresses, Benny discovers that his two passengers are not as they seem, and he soon finds himself thrust into the middle of a war between vampires and humans. As daybreak approaches, Benny must choose—to stay alive, or stay alive forever. What would you do if it was your last night on earth?

It’s hard not to think about that jade egg when Goop comes to mind. Hosted by Gwyneth Paltrow, Sex, Love & goop promises a deep dive into intimacy and relationship building. The six-part miniseries follows a group of couples as they take lessons and tips from Paltrow and the Goop team on how to enhance their relationships through more pleasurable sex and deeper intimacy. No promises if the jade eggs will make a comeback.

A young woman seeking self-improvement enlists the help of a renowned hypnotherapist. After a couple of intense sessions, she soon finds herself in the middle of a deadly mind game. Horror maven Kate Siegel (Hush; Oculus; Ouiji: Origin of Evil) stars as Jenn, the woman at the center of it all. Opposite her, Jason O’Mara (Agents of S.H.I.E.L.D; The Man in the High Castle) plays the role of the hypnotherapist responsible for Siegel’s breakdown. Directed by Matt Angel and Suzanne Coote of Netflix’s horror film The Open House, Hypnotic is a must-watch for all the horror junkies out there—don’t forget to blink. 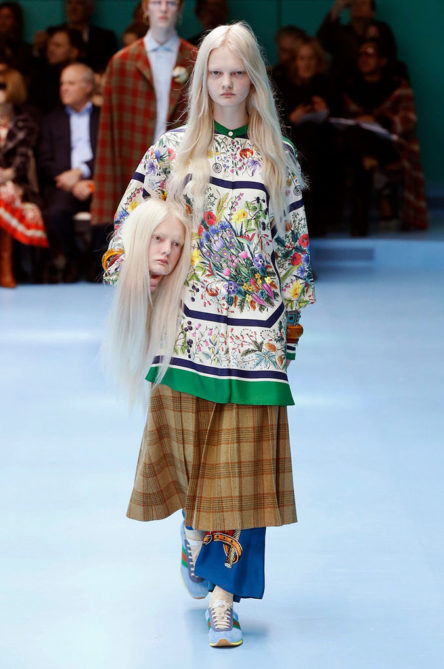 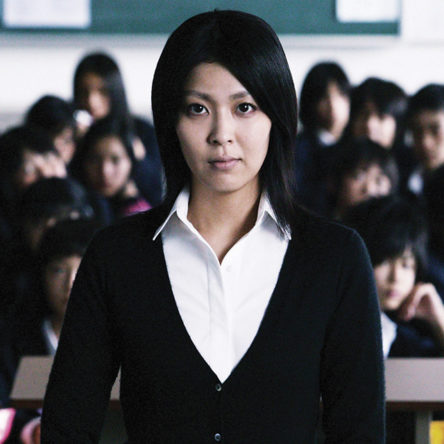