On 8 December 2020 in Coventry, UK, 90-year-old Margaret Keenan became the first person to receive a dose of the Pfizer-BioNTech vaccine—the first coronavirus vaccine to be approved for emergency use in the west. (Moderna and the Oxford/AstraZeneca vaccines were made available soon after.) At last, there was a glimmer of hope that an end was in sight to the worst pandemic for more than a century.

If we could get at least 70 per cent of a country’s population to have a vaccine, we could attain the much sought-after ‘herd immunity’ and hope for a return to some kind of normality. But despite both Pfizer and Moderna reporting their vaccines to have a 95 per cent efficacy with no serious safety concerns, the most recent Ipsos-World Economic Forum survey shows that vaccine confidence has dropped in many countries, most significantly in South Africa, Russia and France—where as few as 40 per cent of those asked said they intended to get vaccinated.

At the other end of the spectrum, China showed the highest level of vaccine intent at 80 per cent, while intention has grown to 77 and 69 per cent respectively in the UK and US—countries where the vaccine has been administered, emphasising the need for the global rollout. But what of Singapore?

“Singapore does not have a strong anti-vaccination movement and we are largely in favour of vaccinations. We have one of the highest uptake of childhood vaccines worldwide, with over 95 per cent of our children immunised against measles, diphtheria, hepatitis B and poliomyelitis. Adult immunisation against influenza and pneumococcal disease has also increased significantly from the low of 14 per cent and 12 per cent in 2016 with greater public education and financial incentives included as part of the National Adult Immunization Schedule launched in 2017,” explains Associate Professor Hsu Li Yang, vice dean (Global Health) and programme leader (Infectious Diseases) at National University of Singapore’s Saw Swee Hock School of Public Health.

“Specific to the COVID-19 vaccines, between six and eight out of 10 have indicated in a number of surveys that they are willing to be vaccinated, although a significant proportion prefer delayed vaccination to receiving them straightaway,” says Associate Professor Hsu.

Why are so many people vaccine-hesitant?

The tumult we’ve been living through over the past year proved fertile ground for conspiracy theories. From outlandish myths that 5G mobile networks were causing COVID-19 and baseless allegations that American infectious disease expert Dr Anthony Fauci was profiteering from the virus to concerns about the vaccine’s development process taking an unprecedented ten months versus the usual 10-plus years or claims that the mRNA technology that the Pfizer-BioNTech vaccine is built on may genetically modify human DNA (it does not).

“Most Singaporeans are concerned about the safety—particularly the long-term safety—of the COVID-19 vaccines,” says Associate Professor Hsu. “The perception is that these vaccines were very rapidly developed, and there has not been enough time to be sure of the lack of long-term side effects.”

“The novel mRNA vaccine technology used for the Pfizer-BioNTech and Moderna vaccines accentuate the unease for some, who are more comfortable with tried and tested technologies,” says Hsu.

“We are in a time of profound distrust in government,” says Heidi J Larson, professor of anthropology and the director of the Vaccine Confidence Project at the London School of Hygiene & Tropical Medicine. “The whole information landscape has exposed underlying things; you start to think who can you trust? You start to build your own notions and surround yourself with people with similar perceptions.”

As Larson explains in her book, Stuck: How Vaccine Rumors Start — and Why They Don’t Go Away (Oxford University Press, July 2020) vaccine reluctance and refusal are not new, one of the earliest examples being the demonstrations against compulsory smallpox vaccination in Britain in the 1800s. But the current age of vaccine scepticism is largely rooted in a now-debunked and subsequently retracted 1998 study by Dr Andrew Wakefield that claimed to find a connection between the MMR vaccine and autism. (Wakefield was found guilty of serious professional misconduct and struck off the medical register in 2010.)

Larson points out that decisions around taking vaccines are complex, influenced by an interweaving of different strands of religious, cultural and philosophical values. She finds the term ‘anti-vaxxer’ too binary, a greater proportion of people are instead, she says, “vaccine-hesitant” with questions about vaccine safety and its use. “My biggest mission is trying to depolarise and make room for conversation,” she says. “We need to rebuild the relationship with the public, we’ve taken it for granted for so long. Trust building won’t happen overnight but until we do, efforts to mitigate the spread of rumours are important.”

How is social media tackling the anti-vaccination movement?

Trying to tackle the misinformation problem in an age of social media where viral untruths can spread like digital wildfire presents a unique challenge. Perhaps in a belated acknowledgement of their role in amplifying such rumours, in an effort coordinated by British fact-checking charity Full Fact, three of the largest social networks—Facebook, YouTube and Twitter—have said they will join forces with fact-checkers, governments and researchers to tackle vaccine misinformation.

But what if we could harness the power of social media to promote confidence in the vaccine? Larson is inspired by the work of Team Halo, an initiative formed in October consisting of an international group of researchers and scientists attempting to demystify their work and address issues around vaccine fears through bite-sized entertaining and informational videos posted to TikTok, Twitter and Instagram. To date, #teamhalo has garnered more than 32 million impressions on TikTok (one TikTok alone by breakout star, 30-year-old American bioengineer Dr Anna Blakney has had more than 15 million views). Team Halo’s co-founder Anna Nolan says the hope is these experts “can help people overcome their hesitancy and build public support for the vaccines and the incredible scientific achievements behind them.”

Another Team Halo member taking her fight directly to the public is Dr Natália Pasternak, a Brazilian microbiologist and president of the non-profit Instituto Questão de Ciência (IQC). According to the Vaccine Confidence Project, hesitancy in Brazil has been compounded by the anti-scientific approach of its president Jair Bolsonaro who has argued against quarantines, promoted hydroxychloroquine as a ‘miracle cure’ and himself caught COVID-19 last year, all while presiding over one of the highest coronavirus mortality rates in the world.

Through newspaper columns, podcasts, interviews and TikTok videos, Dr Pasternak implores Brazilians to take the pandemic seriously and is a vocal critic of Bolsonaro. “When misinformation comes directly from the federal government, it becomes much harder to fight,” she explains. “People still look up to the president and health minister. If they say COVID-19 is just the sniffles, and there’s no need to wear a mask or avoid crowds, people believe them.” The work is hard and stressful but “every person that decides to wear a mask and get vaccinated makes it worth it,” she says.

In the US meanwhile, president-elect Joe Biden and vice president-elect Kamala Harris have taken a more responsible approach to the pandemic than Donald Trump, getting vaccinated on camera to promote public confidence in the vaccine’s safety—echoing Elvis Presley’s decision to have the polio vaccine on The Ed Sullivan Show more than 60 years ago. While in the UK, there has been talk of ministers and NHS England drawing up a list of ‘sensible celebrities’ (such as actor Sir Ian McKellen) in the hope of spreading a similar message. But a celebrity endorsement does not eliminate the hard work of community outreach, with Larson recommending a more local, grassroots approach with community leaders.

What is the key to vaccine confidence?

“Singaporeans are currently in a good position now, where the daily community case count is very low,” says Associate Professor Hsu. “However, the experience from most countries around the world is that this is very difficult to sustain long-term, especially as we ease restrictions on social gatherings and start hosting mass events. Our own experience in March, as well as more recent experiences in South Korea, Japan and Thailand among others, amply demonstrate the fragility of our current position. So it is preferable to get the vaccine now rather than later (or not at all) when the situation has changed.”

Listening to personal experiences of getting vaccinated can be a powerful motivator. Take Ethan Lindenberger, the 20-year-old Ohio native who started a new wave of pro-vaccine advocacy in 2018 when he defied his mother’s wishes for him not to be vaccinated against measles. His story went viral and since then, he has gone on to testify before a Senate committee and given a TED Talk about vaccine misinformation, which has received more than 2 million views. One of his proudest achievements was educating his younger brother, who took heed and got vaccinated against measles in 2020.

“People resonate with people, not data,” Lindenberger says. “If I choose to get immunised and talk openly in my family, can that lead to more change than anyone else can make? I would say it can.” Asked for advice on how to talk to vaccine-hesitant family and friends, Lindenberger says it’s important to start with empathy as a way of opening up the conversation.

He says: “Misinformed people are not evil, so the focus should be on education. My mom is a loving mom and my biggest supporter, but because she believed vaccines could maim children and are a method for the government to control people, it caused her to lash out and be confused. I tried to look past that. It is a tough conversation to have, but if you know they have your best interests at heart and they are trying to look out for their family, then you can try to have the conversation and not become disappointed when they are upset. You have to approach it with a clear mind.”

In the end, then, we may need not just celebrities and political leaders, but voices such as  Lindenberger’s or Margaret Keenan’s, who can help shift public opinion by speaking openly and honestly about their experiences as the largest mass vaccination programme in history continues.

Keenan described it on television as “the best early birthday present I could wish for because it means I can finally look forward to spending time with my family and friends in the new year after being on my own for most of the year.”

She then imparted some words of wisdom to the camera: “My advice to anyone offered the vaccine is to take it — if I can have it at 90, then you can have it too.”

Photo is for illustrative purposes only. 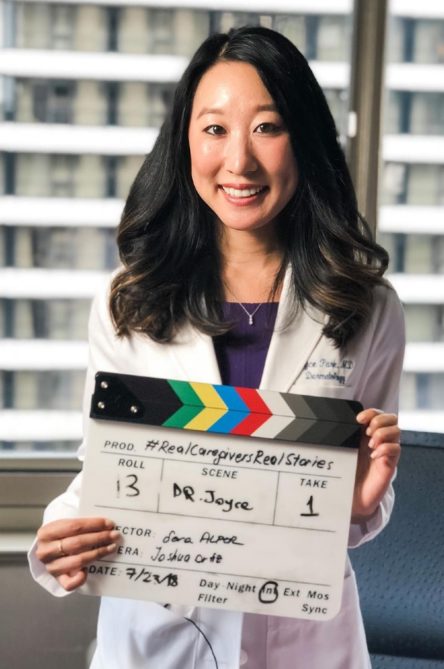 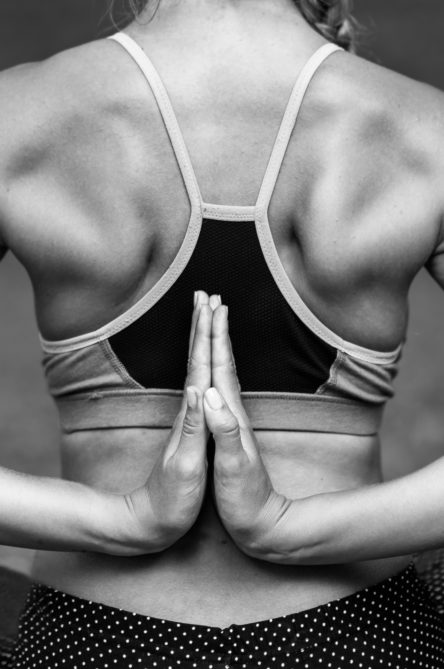 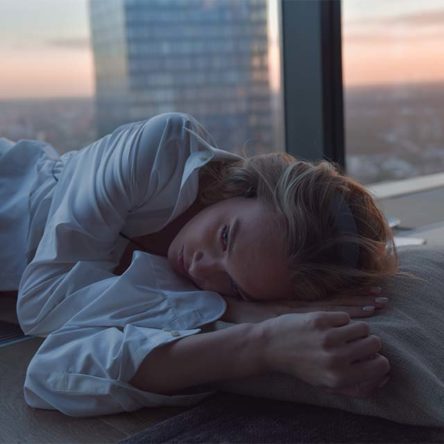