The second international conference of Change Makers: Fashion-The Road Ahead , was held with great success at the Athens Concert Hall, raising all the key issues that the luxury fashion industry must now face and now establishing an institution for Vogue Greece and Kathimerini.

The participants and all the guests of Vogue Greece had the opportunity to attend a discussion on how the fashion landscape is being reshaped in the modern era, based on the global changes that are taking place. Top speakers and bright personalities met on the stage of the Athens Concert Hall, opening fruitful dialogues and exploring the new horizons that are now opening in fashion.

The International Editor At Large of Vogue Greece and presenter of the event Sarah Bailey, welcomed the enthusiastic audience, inviting Vogue Greece Publisher Alexia Koronaiu and Managing Editor of Magazines and Special Editions Giorgos Tsiros to the stage of the Athens Concert Hall.

Anna Wintour also supported this great project of Vogue Greece by sending her message through a taped video. “Vogue is now a global community producing stories for every audience on the planet. What has not changed is the commitment to our values, such as creativity, inclusivity, independence. If the pandemic, climate change, the invasion of Ukraine has taught us anything, it’s to support what you do,” Anna Wintour described.

The future of fashion is virtual and is based on innovative business models that open up a new market. The first panel The Metaverse: Fashion’s New Frontier , moderated by Vogue Singapore Publisher Bettiva Von Schlippe, was a thoroughly informative introduction to the role of NFTs in fashion and the concerted shift of luxury brands in this direction. She also explained to the audience how she managed to launch Vogue Singapore from her home during the pandemic.

The discussion was attended by: Dr. Giovanna Graziosi Casimiro, Metaverse Producer at Decentraland Foundation and Head of Metaverse Fashion Week. Leanne Young Elliott, CEO & Co-Founder of the Institute of Digital Fashion.IoDF. Marjorie Hernandez, founder at LUKSO and co-founder at The Dematerialised. Andrea Abrams, Founder at Phygicode and Chief of Strategy at Faith Tribe. “There is not a single dimension, but many with incredible potential. We don’t need to be confused by where something is, but to stick to the possibilities,” explained Leanne Young Elliott.

Implementing sustainable practices in fashion comes through many challenges that require systemic changes. At the center of the second panel of the Change Makers conference, the concept of sustainability in fashion was found, with speakers asking the question of whether the industry has turned to innovative materials and new techniques to reduce pollution. The discussion was moderated by Anne-Marie Curtis, founder of the digital platform The Calendar Magazine: A Sustainable Glossy and former Editor-in-Chief of international titles, while she was joined byFanny Moizant, Co-Founder & President of Vestiaire Collective. Eva Kruse, Group SVP, Global Engagement at PANGAIA. Nina Stevenson, Head of Education (Sustainability) at the Center for Sustainable Fashion. “Everything we do individually is completely connected to those around us. We affect an entire system”, commented Eva Kruse with Fanny Moizant adding that we are part of the solution and that the more we care, the less we buy”.

It was followed by a panel with a strong Greek color, which excited the audience of the Athens Music Hall. During The Greek Factor: Greek Talent at the forefront, the interest was focused on Greek creatives and makers, who are distinguished internationally by transferring their vision to fashion and paving the way for a new generation. This interesting discussion was moderated by Sarah Mower, journalist and Chief Critic of Vogue.com. She is joined by the guests Elvira Panagiotopoulou, shoe designer for Off White and Alanui, artistic director for the brand DI GAIA and creative director of Callista Crafts. Stavros Karelis, Founder & Buying Director of the MACHINE-A concept store in London and Shanghai. Isabelle Kountoure, Style Director of the Financial Times HTSI Magazine and Mario Swab, Creative Director of the Greek fashion brand Zeus + Dione.

Change comes through personalities who can inspire and stimulate creativity. The next big section of Change Makers, titled Creative Voices, was dedicated to all the voices that become a driving force. To fashion and entertainment people who have distinguished themselves in their field, bringing together all the key characteristics that define a Change Maker.

The Editor-in-Chief of Vogue Greece Thalia Karafyllidou , from the stage of the Athens Concert Hall, greeted her glamorous guests and gave the floor to the actress and activist Sarah Rafferty, a star who empowers women by being a dynamic role model and uses the its strength by strengthening charitable causes. “There are now more female directors, producers, executives. We are now hearing more women’s stories. As for me, I’m not interested in taking on tired scripts for women anymore. Even in Suits when there was a scene of tension between women, I always made sure it wasn’t subservient. As a mother now I wonder if it is right for the mothers and girls who watch us. We have a responsibility towards the public”, he describes.

It was the turn of everyone’s favorite shoe designer Christian Louboutin, whose idea to create the famous red sole from a nail polish is still a source of inspiration. He shared the stage of the Athens Concert Hall with the Greek artist Konstantinos Kakanias, with whom they designed the completely Greek collection Greekaba. The discussion was moderated by Emily Zak, founder of the consultancy of the same name that deals with fashion innovation. “Happiness is the guide as I design, as everything starts from the heart, continues in the head and then goes to the paper,” he said on stage, emphasizing that the mission of fashion is to give smiles and make people happy.

Jean -Paul Gaultier has been an innovator from his very first steps and has never stopped incorporating his out-of-the-box ideas into fashion, from the use of sustainable materials, to streetwear to haute couture. This route was narrated to Fashion Features Director of Vogue Greece, Elise Keys. Who doesn’t remember Madonna’s iconic signature cone bra? The legendary French designer described to the audience that he first designed it for his teddy bear. He also spoke about Greece and ancient Greek elegance. But it was also mentioned in a 2006 collection inspired by the modern history of Greece, with pieces such as the foustanella.

The last glamorous guest of the Change Makers conference was Balmain creative director Olivier Rousteing, who revealed his secrets on how a young creator can revive a brand and build an entire empire, while always remaining authentic. “You know what’s great about social media? The fact that it opens a door to the world. And this is the new luxury, because exclusivity does not mean luxury”, he described the power of social media, while taking a video with his mobile phone from the audience of the Athens Music Hall who adored him. At the same time, for his 11 years at the helm of Balmain, he said: “I think it’s like a relationship. When you start to get bored, divorce comes.”

He was joined on stage at the Athens Concert Hall by Vogue Greece Editor-at-Large Filep Motwary, with whom they had a truly interesting conversation.

During the event, the audience had the opportunity to ask their own questions.

The second Change Makers: Fashion-The Road Ahead is a fact, giving the necessary answers for the future of fashion. The “present” was given by representatives from the field of journalism, fashion, culture, while the successful event was also attended by students.

The Vogue Greece conference was undertaken by the Yard production company.

This article was first published on Vogue Greece. 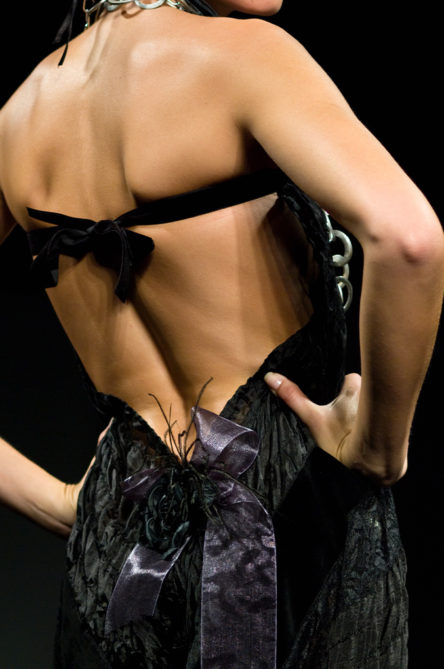 Is my body about to go out of style? 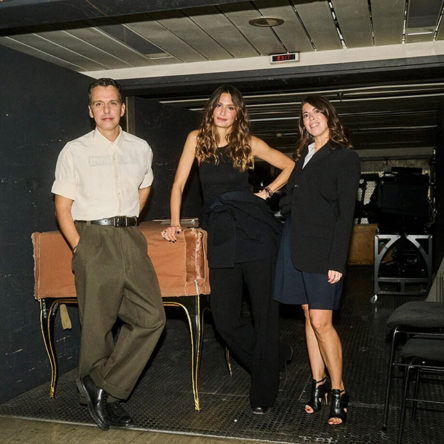 Change Makers 2022: All the highlights from the Vogue Greece conference 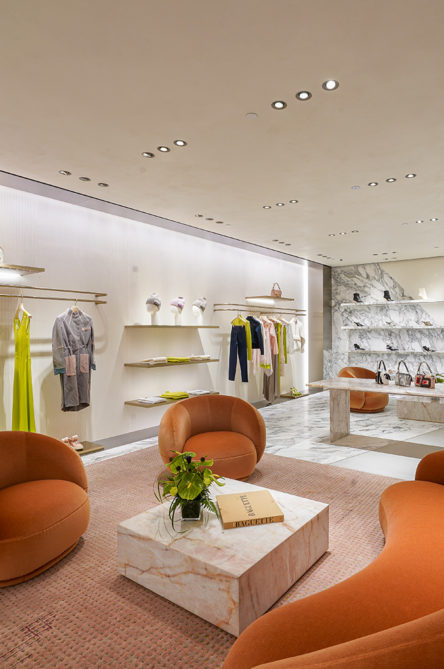