From Raf Simon’s Prada debut to the most controversial Vogue cover in history, we take a look back at some moments that weren’t all that terrible as we bid farewell to the unendurable year that is 2020.

Zendaya as a sculpted “Warrior Woman”

The Euphoria star shuts down the Critics’ Choice Awards Red Carpet at the start of the year, in a jaw dropping hot pink ensemble from Tom Ford’s spring/summer 2020 collection.

Dedicating the night to the late NBA superstar Kobe Bryant, Lizzo kicked off the 62nd annual Grammy Awards and pulled a killer out of this world instrumental solo flute performance. Being at the top of her career coming from humble beginnings, the 32 year old star’s dedication to success and achievements sets a strong inspirational example for all young artists with big dreams.

Back in March, when coronavirus cases were just beginning to rise in the U.S., the British supermodel chose to don a hazmat suit under a Burberry cape jacket worth almost $4000, which has since found its resting place in the airport garbage.

The young designer behind this arresting lubricious look is Central Saint Martins recent graduate, Albanian designer Nensi Dojaka which garnered lots of attention after the supermodel posted her VMAs look on her Instagram, pushing the rising fashion star to greater heights.

Watching this prodigious fashion collaboration between the two powerhouses come to life since its first announcement in February this year, is probably one of the most exciting things that has happened in fashion this year.

Every single look in Beyoncé’s Black Is King

From Marine Serre’s popular moon printed bodysuits to animal print thigh high slit dresses to crystal-festooned catsuits by Black designer, D.Bleu.Dazzled that hugged every single curve for Black Is King, the highly anticipated film is the epitome of a fashion dictionary for 2020.

Pierpaolo Piccioli presented a rather different way of showcasing his designs for this 16-look Valentino’s fall couture collection, leaving viewers from home a strong impression of the virtual presentation despite not having a physical show this year. Narrowing his signature billowing silhouettes, models were seen hung high up in the air standing in balance on ladders in a static tableau, with strips of satin fabrics cascading to the floor from ceiling-high spaces.

The very much controversial American Vogue cover sparked endless conversations all over the Internet with the former One Direction band member seen dressed in a Gucci ballgown amongst other fabulous gender-fluid fashion, including exciting young designers like Chopova Lowena and Harris Reed. Crediting his “flamboyant” idols such as Prince, David Bowie and Freddie Mercury to name a few, we love and admire how Styles always aim to push against the status quo and boundaries not only in fashion, but also with social issues.

And of course, the only fashion moment that mattered for us this year is…

None other than the launch of Vogue Singapore with 3 iconic covers for our first ever issue—a rather challenging task to achieve in the midst of a pandemic—if you were to ask. 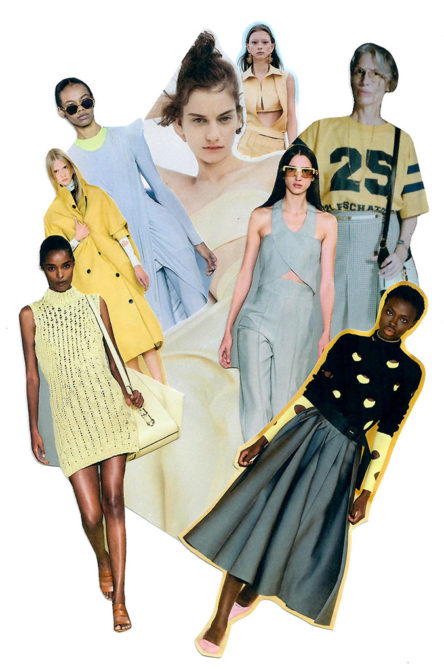 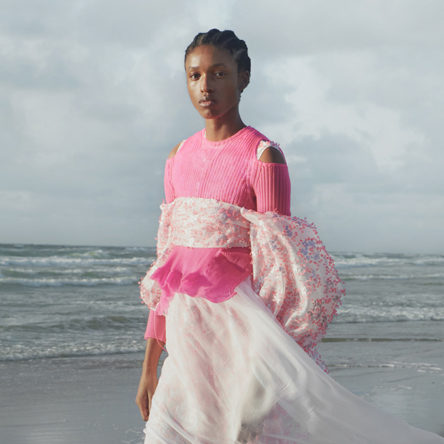