Last season, Marine Serre emerged from Paris Fashion Week as something of a soothsayer. COVID-19 was on the brink of being declared a pandemic and, as face coverings became increasingly common, the masks Serre had presented three seasons in a row—with the original intention of protecting the wearer from pollution—reached a new level of pertinence. “It’s important to be [attuned to] the time that you are living, to be as sensible as possible and open [to being] practical,” the 28-year-old explains when we speak in the days before unveiling her SS21 collection through an ambitious film.

Entitled Amor Fati—a Latin phrase, which translates to ‘love of fate’—the short, directed by Sacha Barbin and Ryan Doubiago, stars Iranian-Dutch singer Sevdaliza and Serre’s friend Juliet Merie, alongside the designer’s runway regulars including Amalia Vairelli. The protagonists lead us from one dystopian vision to another, from sterile laboratories to Martian landscapes, with a particularly eye-popping moment at the film’s midpoint reminiscent of the notorious scene in Luis Buñuel’s Un Chien Andalou (1929).

Continuing her experimentation with upcycled materials and picking up on narratives from previous seasons, Serre is resolute in ushering the industry towards a less wasteful future that, as she reveals here, is not so much preoccupied with the new as it is the stories and associations assimilated into the fabric of our clothes over time.

Do you think people are buying fashion more consciously now, especially over the past six months?
During lockdown, our social media was very active and people started to take the time to understand what we are doing. They were reflecting and thinking why they dress the way they do, questioning the choices they make.

Can you describe the main themes you wanted to explore in Amor Fati and what you hope people will take away from watching it?
I didn’t want to do a show for SS21, I wasn’t going to ask people to travel—if we can have one more season where people aren’t flying and are helping save our planet, then that’s something.

It was important to keep a connection between the characters and the way they dress, empowering them through their garments and in turn the way we dress ourselves. We pass through three worlds in the film that [exist] simultaneously—a water zone, a mountainous land and another [environment] that is more clinical—each with a different feeling. Some moments are seductive, others are dangerous. But it’s the same people throughout, it’s just their outfits that change the role they play. The garments are tools for people to feel protected—that makes a lot of sense right now.

What was important for me in this movie is to mirror what is happening in the world and, at the same time, imagine what society can become. It questions the life we have lived over the past six months, where we don’t know what is real and what is a dream.

How did you keep creatively stimulated during lockdown, both within yourself and with your team?
We were in daily contact. The team was attentive and supportive towards each other. It was an occasion for bonding even more through difficult times and challenges. But it was also a moment of flourishing creativity. We tried to stay positive, and transmit fun and [time] for relaxation—collaborating with dancer Nick Coutsier [on his ‘Body Party’ warm-ups], for instance.

From djellabas made from embroidered cushion covers to faux-fur blankets reimaged as jackets, you always find ways of giving materials a new lease of life. What were your main areas of focus in the design development this season and how did these present themselves in the film?
Multifunctional garments with multiple pockets are a big part of the concept. In the first scene of the film, there are a lot of details you don’t see—new forms of construction such as tailored jackets with jersey panels, a moiré skirt made from recycled materials married with a pair of recycled-jersey cycling shorts.

Some of the pieces repeat [techniques] that we’ve used before—dresses made from carpets, which are all unique, for example — and that’s important because we have created so many things. It allows people time to explore the identity of the brand; to spread our vision beyond the fashion industry to a wider audience.

In the last part of the film, there are harnesses inspired by climbing outfits, [contrasted with] historical references such as the crinoline skirt. The [idea for the] visors came from walking down the street and thinking, ‘OK, how can I transform this into something nicer?’

What are the main challenges of making garments from upcycled materials and how are you working around them?
Last year we realised that producing upcycled garments was taking too much time for us to be able to deliver to stores as expected. So we moved the calendar in order to solve this issue. We started working on the garments for the SS21 collection in October 2019, making sure we would have had enough time to produce them properly without squeezing production time and [therefore reducing] the quality of our products, which is very important.

How did it feel to see your brown moon-print bodysuits worn by Beyoncé and her dancers in the video for Already when it was released in August?
Beyoncé is a customer and we are huge fans of her work. For Black Is King, the conversation started in the first half of 2019, when [costume designer] Zerina Akers and her team approached us. Seeing Beyoncé wearing our clothes, knowing that she feels good in them, makes me extremely happy. 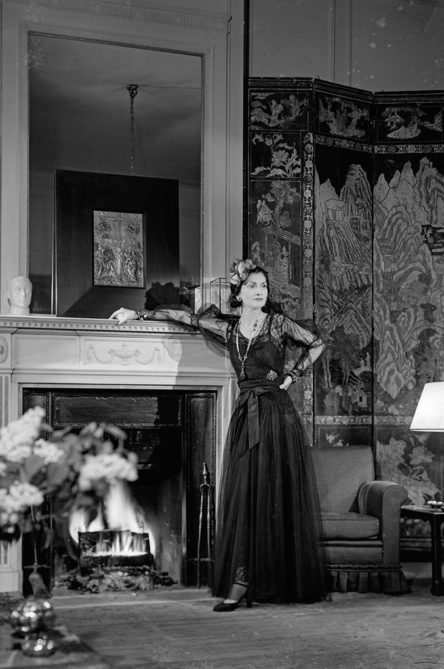 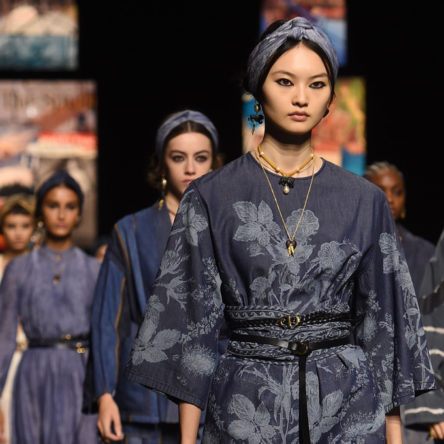 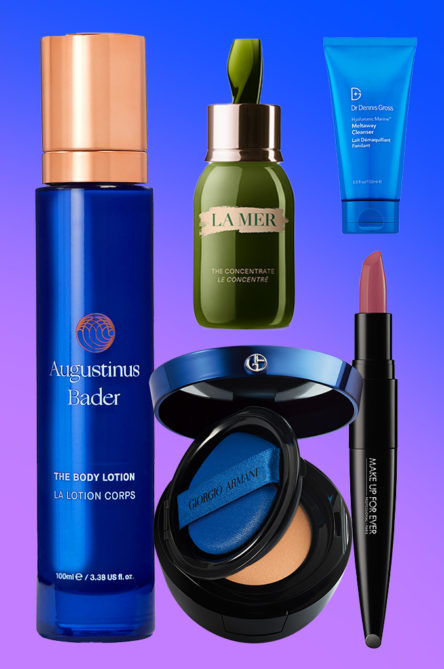 Add to cart: The new, Vogue-approved beauty products you need to know about this week 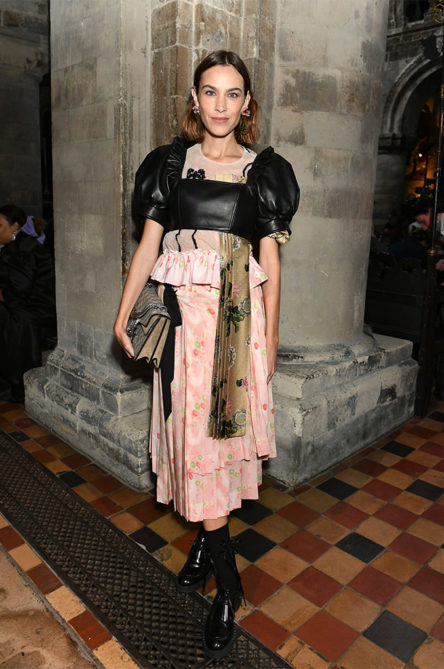