British model Stella Tennant has passed away at the age of 50.

The news has taken the fashion world by surprise, as Tennant just celebrated her 50th birthday just five days ago.

“It is with great sadness we announce the sudden death of Stella Tennant on 22 December 2020,” her family said in a statement. “Stella was a wonderful woman and an inspiration to us all. She will be greatly missed.”

A top model of the ’90s, Tennant boasted an impressive aristocratic background—she was the granddaughter of the 11th Duke of Devonshire and Deborah Mitford, one of the famous Mitford sisters.

She was spotted by photographer Steven Meisel, who booked her for a feature in British Vogue’s December 1993 issue right after she graduated from school in Scotland.

Taking the fashion world by storm, she was known for her androgynous looks and was a catwalk fixture of top luxury brands such as Burberry, Calvin Klein, Versace, Alexander McQueen and Chanel, where she was famously one of late designer Karl Lagerfeld’s muses.

Tributes have started to pour in from her friends in the fashion world, some of whom have known Tennant for decades.

“My darling Stella, I f-cking love you and will miss you so, so terribly,” wrote fashion designer Stella McCartney on Instagram. “What sad, horrific news to end this already shocking year! My heart goes out to your stunning family who must be in such undeserving pain. I am speechless… Rest in peace, you inspiring woman. Your soul and inner beauty exceeded the external perfection, Stella. May you ride high above us all on the most perfect horse, eternally in peace. x Stella”

“R.I.P kind and wonderful Stella. My thoughts and prayers are with your family,” said Edward Enninful, editor in chief of British Vogue.

“Stella, I cannot believe you are gone. You have left us way too soon. We met when you were at the beginning of your career. I cherish every moment we spent together. Ciao. Rest In Peace. Donatella,” wrote designer Donatella Versace.

At the moment, the British police say there were “no suspicious circumstances” around her death.

She leaves behind her husband, the French photographer David Lasnet, and her four children, Marcel, Cecily, Jasmine, and Iris.

Her family request for privacy during this time, saying in their statement, “Arrangements for a memorial service will be announced at a later date.”

See more tributes from the fashion industry below.

“Stella. Forever. Stella was an absolute and unique example of how elegance belongs to the soul. She shined from within and I will miss her astonishing presence and the magic she could create just by standing there. We have lost a very special human being.”

“We will miss you dearly, Stella.”

“Stella Tenant, gone too soon. I always admired her fearlessness and style. Sending prayers to her family.”

“So saddened to hear the devastating news about Stella Tennant. She was an incredible talent and someone I had so much admiration and respect for. This photo is of her opening my first show back at London Fashion Week in 2018, to celebrate my 10th anniversary. It was a huge privilege to have her there and meant so much to me, I just loved everything about her. My thoughts are with her family.”

“I am Deeply saddened to hear about the loss of the legendary supermodel #stellatennant. Stella and her elegant punk look completely changed the look of fashion in the late 90’s. She contributed to and inspired so many in the industry and world. I had the great pleasure of knowing stella when I was just starting out as a teenager in nyc, she was so kind and lovely with a great sense of humor. Later, I was lucky enough to have Stella in one of my early fashion shows.”

“Truly heartbroken at the news of the loss of Stella Tennant. She was a kind and gentlewoman. I will never forget seeing her backstage her first season modeling, I was still in school in New York and snuck in backstage to a show and saw her all by herself reading a book her little black hair cut with her choppy bangs hovering just above her eyes which were rimmed with dark kohl, and her septum piercing, a hoop ring with one ball. I was enamored! Tall, elegant and refined like a gazelle then self styled into a punk! I was too shy to speak to her that day and could only admire her from afar but I recounted the story to her many years later when I had the great fortune in my first Moschino campaign shot by Steven Meisel. She was so amused and recalled that first season modeling and how shy she was so she would always sit alone and read a book. Now, many years later it’s us who will read about you in the books of fashion history. Res in peace sweet Stella.”

“Stella. An iconic face of the 90s and Brit cool, but also a beautiful soulful woman who loved life with her children living far away from cameras in the great outdoors. Just heartbroken to hear the news. Over so many years we had crossed paths and worked together, and a few years ago were having portraits done for a feature in a magazine. Sitting in hair and make up I saw Stella walk in all boyish cool and effortless chic in a men’s tweed overcoat, boyish black pants, slouchy t shirt and her trademark black lace ups. Straight away chatting about anything other than fashion, family, Scotland, children and books. She came as a guest to several of my Givenchy Couture shows always coming back stage to say hello, writing to me a beautiful thank you the following week on a fabulous postcard. Such elegance and such an enigmatic beauty. An eternal inspiration. An icon of a generation RIP.”

“Stella. Your light will shine forever. My thoughts and prayers go to her family and four children.”

“Stella Tennant. Forever the most iconic. It was an honor and joy to work with you. Rest In Peace sweet friend. J+L”

“#STELLA TENNANT CLASS ACT IN EVERYWAY Humble, loyal , balanced practical , a rare beauty inside and out , you were one of the goods ones never any love lost when we would see each other always picked up from where we left off ,. Effortless and the epitome of Grace , even when you would sit in a corner doing your needle point . Timeless Angel amongst us . my deepest condolences to your beautiful children family and loved ones ., ICON YOU WILL ALWAYS BE . R.I.P”

“I LOVE you Stella. Sleep tight.” 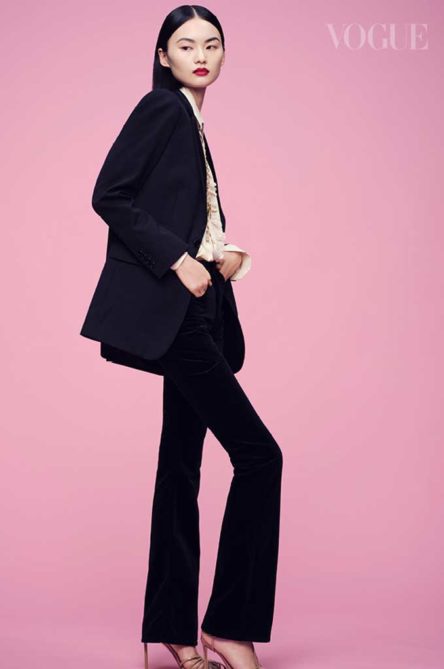 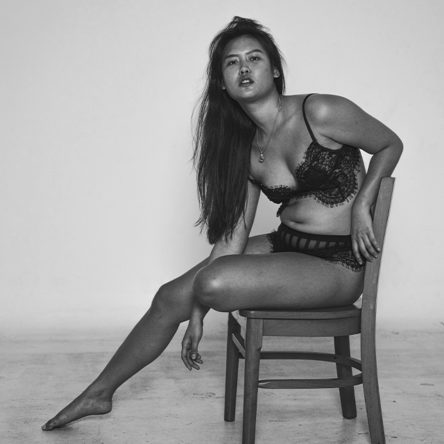 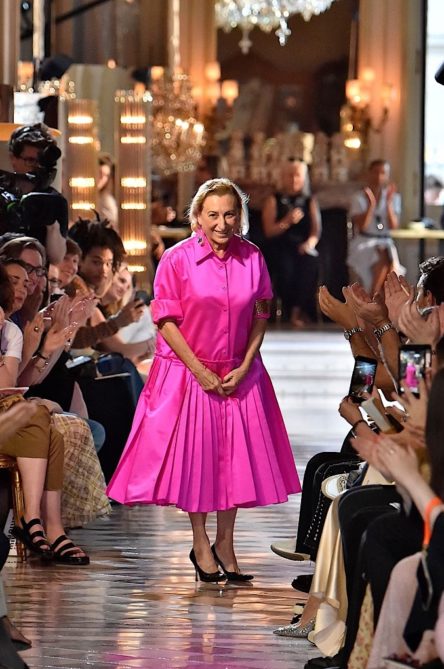 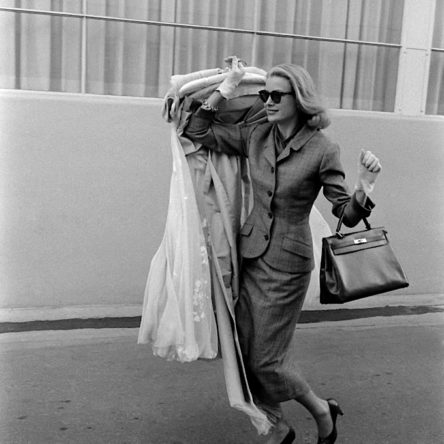 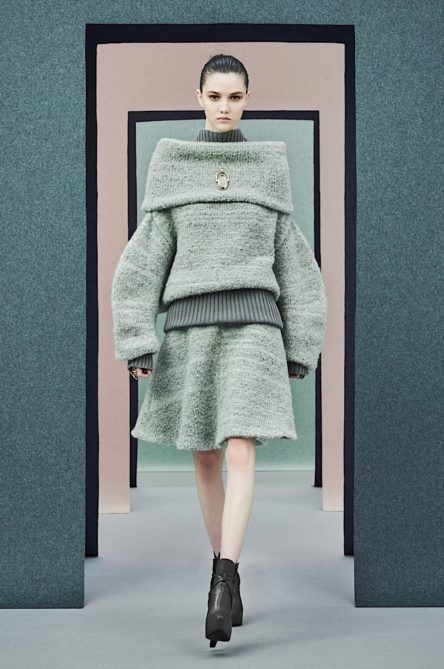 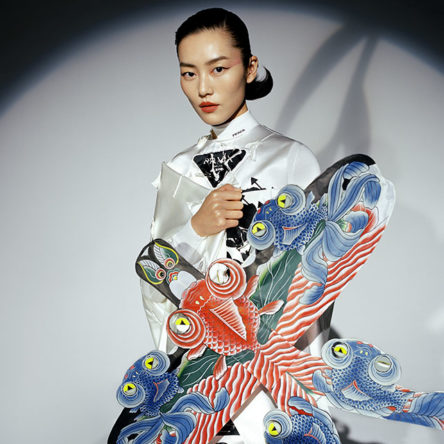 “Success is not only defined by what others deem you as, but also who you consider yourself to be”: Liu Wen opens up about finding meaning in her career