The ‘leopard’ that leapt from Shalom Harlow’s chest, the ‘wolf’ that stared from Naomi Campbell’s coat, the ‘Lion’ heads sported by Irina Shayk on the runway and Kylie Jenner in the front row: Daniel Roseberry blew up the internet with his fake Schiaparelli taxidermy pieces this morning. It was predictable that they’d instantly take on—as it were—a controversial life of their own.

Shocking has been integral to Schiaparelli’s DNA since Elsa’s day, but unlike Roseberry, she didn’t live in an age when people will draw distressing colonial inferences from big game imagery, a moment in which environmentalists and animal activists hate fashion for depicting dead animals, even when it’s known that they were constructs of foam and faux fur.

It’s an irony that Roseberry’s mind was in fact focused on a different hell—the Inferno of Dante’s Divine Comedy—and not looking to stoke the fires of social media, or rather, inadvertently reap unforeseen negative reactions to his haute couture stunt. “The animals are one of the four literal references that I took from Dante’s Inferno,” he’d explained while preparing the collection. “In the first cycle of Dante’s journey, he faces terrors. He confronts a lion, a leopard, and a she-wolf. They each represent different things. But the lion and the animals are there as a photorealistic approaching of surrealism and trompe l’oeil in a different way.”

Why choose the terrors of hell as a concept, though? It’s the risk he took to find something new—a corollary of the huge success that Roseberry has brought to the previously sleepy house. The fun and the spectacle of the pre-show parade of paying couture clients decked hat-to-molded-toe platforms in Schiaparelli black and gold, trompe l’oeil skeleton-embroidered jackets, and gilded body-part jewellery, said that. Only to be upstaged by the entrance of Doja Cat, her face and head smothered in fiery crystals, with her red-clad entourage. “Oh!” quipped one riveted onlooker. “Do you think she’s come as the devil?”

Roseberry found a creative parallel to his dilemmas in the hellish tortures Dante allegorised. “It’s the agony of wanting to surprise,” he said. “I just want it to be powerful in a different way every time.” His ambition: to “show the impossible.”

It’s a shame that all the explosive attention drawn by the three sinful animal symbols Dante wrote of (Lion: pride; Leopard: lust; Wolf: avarice) overshadowed the extraordinary work Roseberry and his team lavished on moulding, sculpting, and embellishing the majority of the collection. The waisted shape of the classic Schiaparelli Shocking! perfume bottle was transmuted into extreme hourglass silhouettes, corseted in the back. There were ‘plastrons’ of stiffly exaggerated, up-to-the-eyeline bustiers (crafted in mother-of-pearl, marquetry, and broken glass jewellery).

He also dealt out incredibly silhouetted trouser suits, vertiginously plunging tuxedos, and a pinstripe which had mind-boggling lines imitating menswear fabric, but curving in and out in some visually unaccountable way. “Putting women in menswear, but making the silhouette hyper feminine,” as he phrased it.

Roseberry’s aspirations were set high for this collection. “Nothing is as it seems,” he said in advance. You could say that’s an N.B for all the conversations that have swirled around his show since this morning. 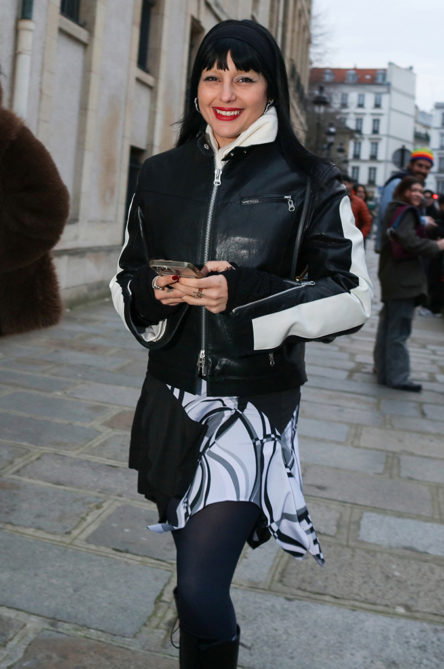 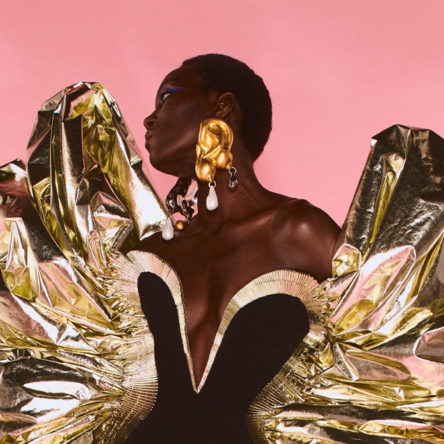 5 things to know about Schiaparelli’s ode to couture romance 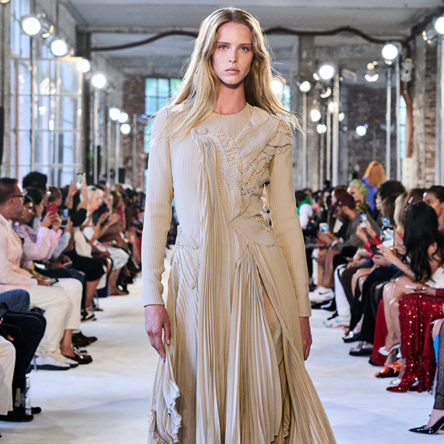