It is a cold, bright day in February and Lady Diana Spencer and Prince Charles are having an awkward moment getting to know one another in Love Island’s Casa Amor. This surreal scene of royal small talk is a far cry from the usual Love Island lingo. It is of course not the actual royal couple on a miraculous time-travelling quest but acting duo Emma Corrin and Josh O’Connor who, in full costume as Charles and Di for The Crown season 4, are entertaining the production crew with a royal spoof of the reality show in between takes. 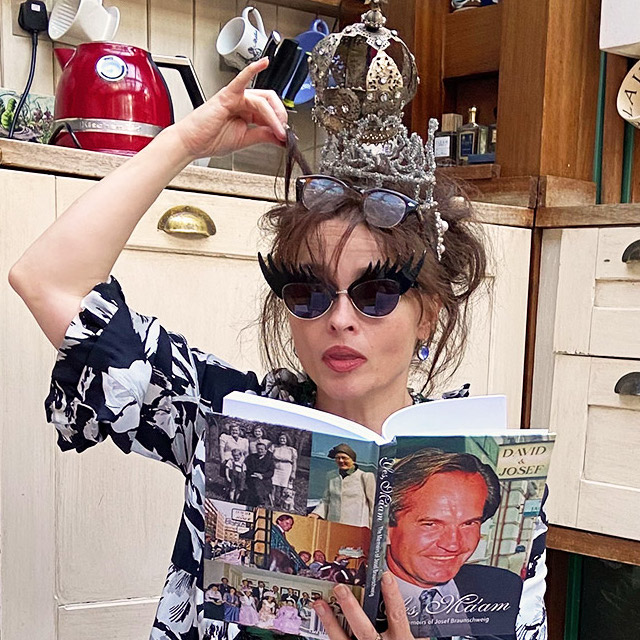 The two actors, alongside Olivia Colman as Queen Elizabeth II, are gathered at Burghley House in Lincolnshire to film the scene in which Diana chooses her engagement ring. The 12 carat Ceylon sapphire cluster ring from Garrard & Co went on to become the most famous engagement ring in history, spawning endless imitations as soon as the world fell in love with the young princess-to-be.

On set, the royal couple’s costumes are a far cry from Love Island’s teeny tiny bikinis and muscle-fit polos. Corrin wears a look that can be described as classic early Diana, a combination of white bow blouse, blue pullover, simple gold hoop earrings, as well as a muff to keep warm between takes. O’Connor is in buttoned-up suit mode, his only accessories Charles’s customary signet ring and watch. Colman, with the Queen’s habitual handbag on her arm, arrives on set from her trailer wearing a hairnet to protect the famous royal hairdo.

Burghley House, today’s set location, is a sprawling Tudor mansion, the ancestral home to the Exeter family who still live there today. Burghley’s Heaven Room, with its opulent Baroque frescoed ceilings, stands in for Windsor Castle, where Prince Charles proposed in February 1981. Like the entire series, the scene in question has been written following months of tireless research by Annie Sulzberger, The Crown’s head of research, and her team. It succeeds in establishing the awkwardness of a relationship that was troubled from the start.

According to the reenactment, it is not Charles who takes a private moment to romantically offer Diana a carefully chosen ring but his mother. The Queen presents to the young Diana “a rather special box of chocolates” which turns out to be a selection of engagement rings revealed by William Summers, the then Crown Jeweller and a director at Garrard, the London jeweller that served the royal family from 1843 until 2007. The tension in the room is palpable as Diana’s eyes pass over a Burmese ruby that already belongs to the royal family, instead alighting on the famous sapphire ring that is on sale from Garrard’s own collection.

“Elizabeth is said to have raised her eyebrows at the choice,” says Sulzberger. There is much speculation about the ring’s cost at the time but even a low estimate of £28,500 means it would cost an eye-watering £123,000 today. “There are a few different theories as to why Diana selected the ring: the colour matched her eyes, the Queen may have actually selected it, or as Diana was later quoted as saying, ‘It was the biggest.’ Others claim that it simply reminded her of her mother’s engagement ring,” says Sulzberger.

Whatever the true reason, her choice, according to jewellery historian and author Vivienne Becker, was entirely a conventional one for the teenage aristocrat. “It was totally in tune with her style, she was the ultimate Sloane Ranger at the time,” says Becker. The traditional cluster style in fact had initially gained popularity 150 years earlier thanks to another royal wedding. Prince Albert designed a sapphire cluster brooch as a wedding gift for his young bride, Princess Victoria in 1840 (also created by Garrard). Fast-forward to Diana’s sapphire cluster and it was typical of high jewellery in the 1980s which, adds Becker, “was virtually all the three big gemstones (sapphire, ruby and emerald) framed by clusters of diamonds”. Since high jewellery was so expensive and destined to be passed down through generation after generation, it was felt it had to be entirely classic in design. It was only in the 1990s that things changed and the designers of the world’s most precious jewellery let their imaginations take full flight.

For the show’s makers, this scene is an opportunity to show that cracks in the relationship between Charles and Diana were visible from the beginning. When Diana says the ring is the same colour as her eyes, Charles, standing behind his future bride, makes a double gaff saying that they are brown and then green. Future tensions with the Queen are also alluded to when she asks, in a virtual eye roll, why Diana has chosen this particular one. “It’s the most expensive,” jokes Charles.

In real life, the engagement ring immediately became a symbol of their entire relationship and it was widely imitated all over the world. “It’s funny that such a traditional, conventional ring has been so laboured with significance,” says Becker. Over the years that followed, Diana adapted to her royal role and developed her own inimitable style, one that saw her leading the way in fashion rather than following convention. The ring remained a constant, however, even after her separation from Prince Charles in 1992.  “If she’d chosen it  10 years later it’s likely it would have been a very different ring,” adds Becker.

Today, the ring is as visible as ever, worn by the Duchess of Cambridge as her own engagement ring. Prince William chose to propose with the ring after Prince Harry, who had picked the ring as a keepsake of their mother when she died in 1997, reportedly offered it to his big brother for the occasion. “I thought it was quite nice because obviously she’s not going to be around to share any of the fun and excitement,” said Prince William of Diana at the time of his engagement to Kate Middleton in 2011. “This was my way of keeping her close to it all.” After decades of speculation, we ourselves are perhaps as close as we’ll ever be to understanding how the famous ring came to be owned by the People’s Princess. 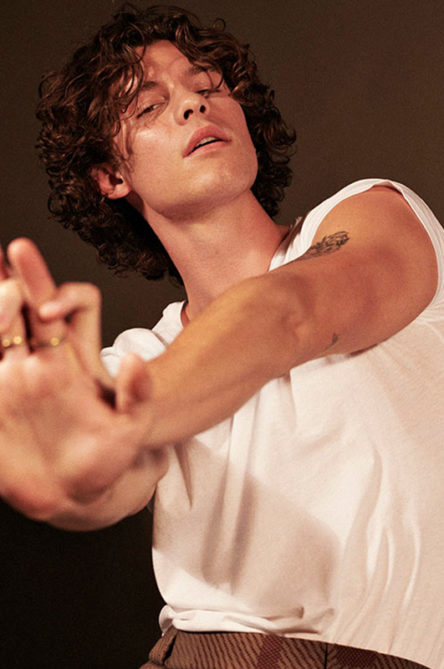