Liu Wen is no stranger when it comes to making history. The 33-year-old is the first Chinese model on the cover of American Vogue and the first Asian model to walk as a Victoria’s Secret Angel and appear as a face for Estée Lauder. “I humbly appreciate this kind of recognition, even though I feel like I’m just working like everyone else,” she says, of being one of the world’s most successful supermodels. “For me, success is not only defined by what others deem you as, but also who you consider yourself to be. I don’t think I received a perfect score on any exam yet, and it’s also possible that I’ll never achieve that, but I’ll still feel satisfied at the end.”

Perhaps it was her early modelling days which taught her that second place is not a determinant to a glittering future. One of her first forays into the modelling world was in 2005, when Liu lost to fellow Chinese model, Du Juan, in the New Silk Road World Model Contest. Although she did not take the top prize, the competition landed her much praise from modelling agencies and subsequently, a full-time career walking the world’s top runways. Sixteen years after that pivotal moment, you’d be hard-pressed to find a single person in fashion who doesn’t recognise this dimpled beauty.

For that, she has the late fashion editor and stylist Joseph Carle to thank. He discovered the relatively unknown Liu at the end of 2006 and taught her how to face the camera, build up self-confidence and learn from others. The result is a poised but level-headed Liu, who is pragmatic when speaking about the fame that comes with her job. “This career has given me a lot of happiness and I’ve fallen in love with it. Of course, there is joy in fame, but there are plenty of difficult periods to endure as well. It’s not unusual to feel down or stressed, but I use those as motivators to remain steadfast and look ahead.”

She adds thoughtfully: “My responsibility as a supermodel is to put fame aside and use my actions to encourage those who might need support, so that others also feel motivated on their own journeys.”

Knowing full well that her days are long and physically demanding, the veteran model is firm about allocating time for herself and emboldens others to do the same. “It’s like when your mobile phone runs out of battery. If you need it, there will always be an outlet if you look hard enough. Recharging is not something you should abandon because of a busy schedule—it should be part of an existing routine,” she says. She also reveals her own beauty tip—routinely washing her hair before every job to increase her energy levels.

Liu, who hasn’t returned to her New York home for over a year due to COVID-19, also describes how living in the Big Apple has centred her. “The light that shines through its streets has an almost mythical appeal—it constantly makes you recognise different facets of beauty and emotion,” Liu enthuses, adding that her usual hangouts, which include Union Square Greenmarket and the East Village, will have to wait.

“During the first decade, I began my journey as a model. In the second decade, I fell in love with this industry. For this third one, I hope to contribute and give back to the industry in positive ways”

As a supermodel, it is a prerequisite to exude a mystical and transformative energy, given the countless runways one struts on in a fashion season. From billowy florals at Marc Jacobs to minimalist coats at Bottega Veneta, it is the ordained group of models who carry the collection from nascent dream to reality. Liu describes fashion as “empowering” and an industry that’s filled with creative energy, imagination and talent.

After rising to the top of her game in creating fashion dreams, would she pursue anything else? Liu is elusive in her response. “It’s more important to take things day by day and thoroughly immerse yourself in every experience,” she says. “I might like to try things I haven’t attempted before, whether it’s working with new production teams or utilising my own ideas for innovative designs. I would enjoy a path like that, where I can take part in the creative process.”

Liu is determined that the next year—or decade—is about coming full circle. “This is the start of the 21st century’s third decade. During the first decade, I began my journey as a model. In the second decade, I fell in love with this industry. For this third one, I hope to contribute and give back to the industry in positive ways.” 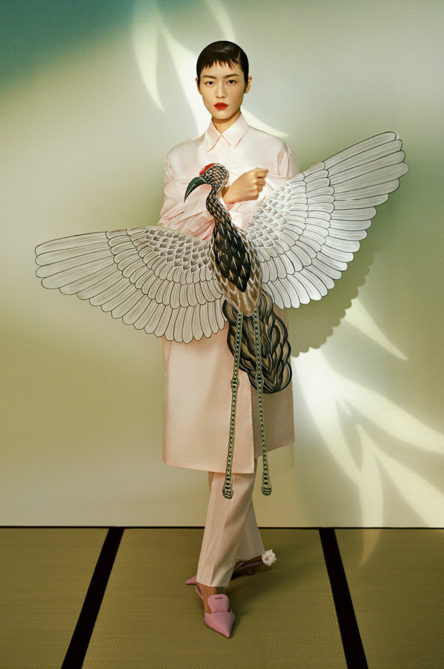 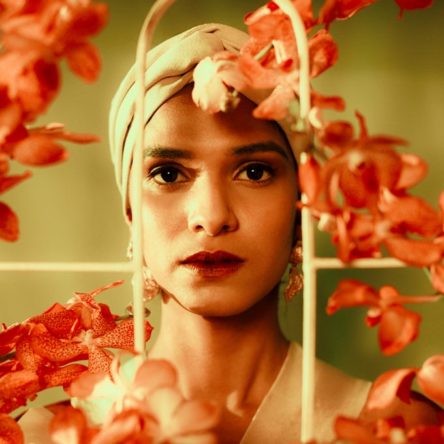 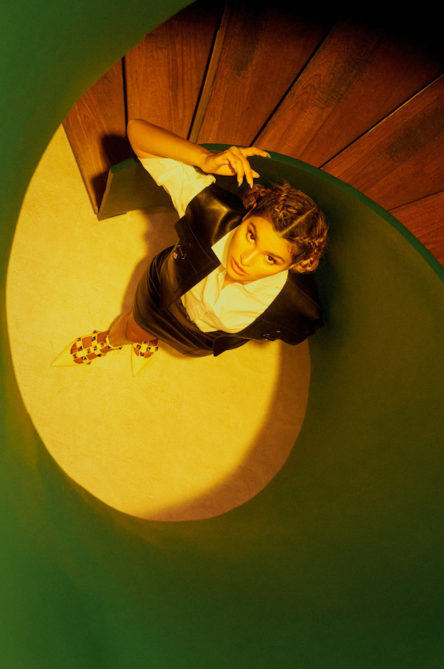