As guests arrived at the Grand Palais on 6 October for Chanel’s somewhat scaled-back SS21 show, one attendee stood out in the crowd of black ball gowns and bouclé suits: Lily-Rose Depp, the French-American actor, model and longtime ambassador for the Parisian fashion house, who stunned in a powder-pink jacket paired with an embellished tube top, high-waisted denim and a gold belly chain—a gen-Z take on the brand’s classic codes that went viral within the hour.

Then again, it’s hard to remember a time when Depp didn’t make headlines. As the daughter of singer-actors Vanessa Paradis and Johnny Depp, she’s been trailed by paparazzi since childhood, and made her big-screen debut in Kevin Smith’s Tusk (2014), age 15. Now 21, she has a string of striking roles under her belt, having played Isadora Duncan in The Dancer (2016) and Louis Garrel’s love interest in A Faithful Man (2018). Both parts secured her César Award nominations and led to her breakout turn in David Michôd’s The King (2019) opposite then-boyfriend Timothée Chalamet.

Although the pair are rumoured to have parted ways earlier this year, Depp hasn’t let the swirling speculation slow her down. Between now and the end of 2021, she’s set to take centre stage in four high-profile projects that will be a testament to her range, as her star continues to rise: Voyagers, a sci-fi thriller starring Colin Farrell; the Christmas-themed comedy Silent Night with Keira Knightley; a drama about the international opioid crisis titled Dreamland featuring Armie Hammer and Gary Oldman; and the high-concept genre film Wolf alongside George MacKay.

Following her appearance at the Chanel show, we caught up with Depp to discuss her joyous front-row ensemble, how she resists the pressure to be her most creative and productive self in quarantine, and why her own generation fills her with hope for the future.

What was it like to return to the Grand Palais for a socially distanced Chanel show?
It was such a breath of fresh air to be able to see the show in person and to see people again who I haven’t seen for months. Despite the strange circumstances, a Chanel show still has that effect on you. It’s mesmerising and transports you to another world. The collection was gorgeous.

There was so much to love about your front-row look, from the tube top and belly chain to the tweed jacket and jeans with patchwork pockets. What were your favourite elements?
I loved that look from the moment I saw it when that [Chanel cruise 2021] collection came out. It was hard to pick just one look because, obviously, it’s been a while since we’ve all gotten to dress up and been to something, but I loved all of the pieces in this look, especially the belly chain. These belly chains are so versatile and so much fun to play around with. I also really liked the colours. It made me happy to wear something bright and joyful in these gloomy and bizarre times.

Which looks did you want to pluck off the runway and wear immediately this time around?
One of my favourites was the grey catsuit that crosses around the neck and leaves the shoulders exposed. It has a belly chain! I was obsessed. I also loved the pink robe-style dress with the diamond jewellery and all of the beautiful, flowy, feathered dresses, which were so cinematic.

Why is fantasy and escapism in fashion still important in the world that we live in now?
It allows you to express yourself. When we were in full lockdown, there were days when I would get glammed up just to go sit in my living room. Whether you’re leaving your house or not, I think it’s all about putting yourself in things that make you feel confident and like yourself. That’s always important and now, more than ever, it’s a good time to make yourself feel good.

“You also have to listen to your needs. If you feel really crummy and emotional one day, just let yourself feel that emotion.”

Where have you been quarantining and how have you filled your time?
I’ve been in France for the majority of it. In the beginning, there was this vague sense that you have to create your masterpiece or be your most productive self at this time. But I tried to sidestep that and decided now I have the chance to be gentle with myself. Everybody is going through a lot and there are so many ups and downs. I tried not to put too much pressure on myself. I just tried to work out every day, cooked, baked and did yoga with my mum.

What’s been on your lockdown reading list?
I read some incredible books: Indiana by George Sand, Men Without Women, [which is] a book of short stories by Haruki Murakami, and If Beale Street Could Talk by James Baldwin.

You also celebrated your 21st birthday in quarantine. What was that like?
It was surreal because it’s definitely not the big bash that I’d been picturing [laughs]. It was a lot more wholesome than you would imagine a 21st birthday to be, but honestly, it was really fun. I had a nice dinner with my family, we danced and had cake. In the end, it was actually more special than it would have been otherwise.

Did it feel even more strange because you’re known for your themed birthday parties?
I love a theme party! [sighs] Me and my best friend always do our birthday parties together and we love a big blowout. It would have been a big one this year, but we’re going to redo it. I told myself that it wasn’t cancelled, it’s just postponed. The big 21st bash will take place even if I’m 25 by the time we get there [laughs]. 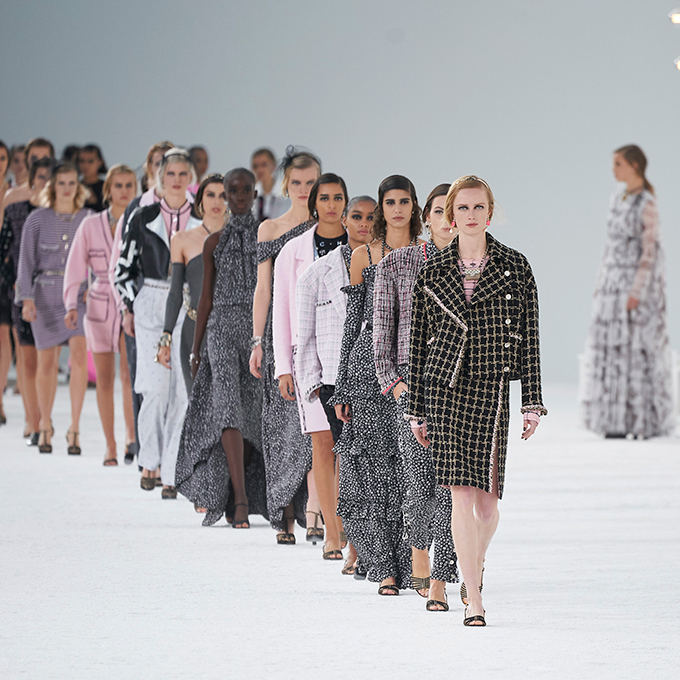 What has helped you to stay positive?
Staying connected to the people I love has helped because my best friends can get me through anything. You also have to listen to your needs. If you feel really crummy and emotional one day, just let yourself feel that emotion. Some days are better than others, and I think just allowing all those emotions to take their course can help you to feel better.

You also returned to set recently to film the arthouse drama Wolf. Was that nerve-racking?
I only got back from Ireland a couple of days ago. We were supposed to shoot Wolf before lockdown, and then, like everything else, it got pushed back. Luckily, we were able to shoot it while following super strict Covid protocols. It was lovely to be able to get back to work. I’ve been attached to this story for quite a while now and I’ve been obsessed with it ever since I read it. I wasn’t even worried about the restrictions. I was like, ‘Anything that I can do to make sure that we can make this movie, I’m absolutely ready, willing and able to do.’ [My co-star] George [MacKay] is so talented, as is my director Nathalie Biancheri. I can’t wait for everyone to see it.

2021 looks set to be your year, considering all of the projects you have coming up, from Voyagers and Silent Night to Dreamland. What are you most excited about?
A lot of things are getting moved around, so I’m not exactly sure what is coming out when, but I’m really excited about these films. They’re all close to my heart. I just love what I do so much.

While the world remains in this state of uncertainty, what brings you hope for the future?
The strength, solidarity and sense of community that has emerged in this period gives me hope. All of us have gotten through this together, even though we can’t be together physically. Our creativity hasn’t gone away and neither has our desire to connect with one another. We’ve found new ways of working around things. It also gives me a lot of hope to see how motivated my generation is to change things. I see everyone urging each other to vote and to get out there and take action politically. That’s the most important thing that we should all be doing right now. 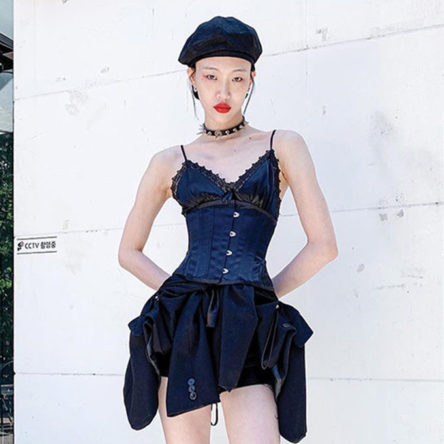 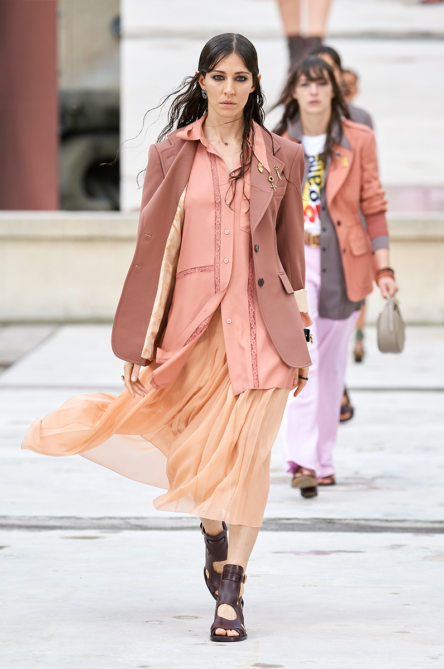