Around the Vogue offices, my colleagues are calling this the summer of skin. The name fits, but I think the defining look of 2021 is actually the Birkenstock. The months we all spent at home during lockdown made late adopters of many who hadn’t yet learned to appreciate the virtues of the German shoe brand’s easy-wearing contoured cork footbeds. Birkenstock’s efforts to identify and sign on one cool designer partner after another—Rick Owens, Proenza Schouler, etc.—plays a role in their recent ubiquity as well.

The brand’s newest collaborators are Luke and Lucie Meier, who in their four years as creative directors at Jil Sander have softened the label’s strictly tailored edges, and made crafts like crochet, macramé, and raffia work a more central part of its aesthetic. Their new project with Birkenstock is part of the Jil Sander+ offering, a sort of off-the-grid answer to their more urban, work-appropriate runway clothes. Beneath their minimal wardrobes—they take their bows in black and white—the husband and wife designers are nature lovers. He grew up in Vancouver, Canada; she in the Swiss Alps, and now they spend their weekends in the Italian countryside outside of Milan.

Their new collection has an earthy vibe, and not just because the campaign was shot in the woods. The Meiers reimagined the Arizona, Milano, and Berlin with higher profiles and larger outsoles, and left the edges of the leather and suede straps raw, resulting in what they describe as a “grounded footprint.” There’s also a closed-toe sandal, the Velan, with nappa ankle straps. “To play with the silhouette was probably the most exciting thing,” said Luke, though they also experimented with the hardware. “Ours totally reshaped, and it’s also more brushed. It’s more in line with the way we do a lot of the hardware treatments on our garments in the mainline collections.”

The Birkenstock x Jil Sander shoes won’t be turning up on a Jil Sander runway when IRL shows resume in September, but they are likely to be spotted in the front row. The collection arrives at 1774.com, jilsander.com and mytheresa.com on July 1. Luke and Lucie answered some questions over Zoom below.

Let’s start at the beginning: Do you both wear Birkenstocks?

Luke Meier: I bought my first pair for a long canoe trip I did in the border waters between Ontario and Minnesota almost 30 years ago. We did a 42-day trip and they were my dry shoes. That’s kind of when I discovered them and since then I guess I’ve always had a pair.

Lucie Meier: We’ve always had them at home, actually. You didn’t really look at them as anything special. It was just kind of the house shoe.

And how did the collaboration come about?

Lucie: Well, they approached us and we thought it was a really good fit for our Jil Sander+ line, because it’s about outdoor life, the environment, the home; it fits well into this universe of authenticity and honest product.

What would you say you brought to the project? How did you put the Jil Sander stamp on the shoes?

Luke: We brought all the materials and we developed all the hardware. And then we worked a lot on the shaping of a wider and stronger outsole to have a wider footprint. It gives you a more solid silhouette from the top down. It was really important to keep an artisanal feeling. We used a lot of smooth leathers. You still have the natural leather colour on all the profiles, so you have this outlining wherever they’re cut. This weight is very chubby and kind of almost a bit squishy. Also, we designed a completely new style, the Velan, that has nappa straps that can climb up the leg and tie, and they’re quite pleasant to squeeze and to touch. It’s always about tactility. We care a lot about materials and we care a lot about making sure that the quality levels are really high.

I’d like to talk about the nature of collaboration in general. It’s sort of the lingua franca of fashion, there’s so many of them. What do you think is the goal of this collab, what’ll it achieve for you two as designers, for Jil Sander?

Luke: I think the way we look at collaborations overall is that there has to be a reason for the product to happen, it’s not just a marketing exercise of two brands hanging their logos on something. We spoke with some of the Birkenstock people first and we were quite taken with their approach to industrialisation. They’re very industrial, actually. They are able to do huge quantities but still retain this warm feeling and approach.

Also, with Arc’teryx [the high performance label with whom the Meiers have also collaborated], you know, it’s also something that we wouldn’t be able to do on our own. It’s something where, again. There’s an expertise. They add something that we couldn’t do, we give them something that they wouldn’t maybe do on their own, either. And you arrive at a point that’s exciting rather than a marketing exercise.

I think we look at it from the perspective of whether it fits in with where we’re going, rather than did it sell out in two minutes.

Is this a one-time thing, or…?

Luke: At this point, we don’t know yet what’s going to happen after this season. Going back to my experience with Supreme and collaboration projects in general, you always have quite a big learning curve at the beginning, because obviously there’s a lot of stuff outside of the actual product: you have distribution, communication, pricing, and all of this stuff to sort out. Subsequent seasons are actually much easier. I can’t speak on behalf of Birkenstock and what they’ve done with their other projects, but I think, it’ll just depend if it feels right for us to continue. I think we look at it from the perspective of whether it fits in with where we’re going, rather than did it sell out in two minutes.

Are there other sorts of areas that you look at and thing: ‘oh, it’d be great to do a collaboration in this sort of category’?

You want to make an electric car?

Luke: The market’s a bit too comfortable right now! No, I mean, those are things where, as they would say in Italian T.B.C., but we’ll see. I mean, they take a disproportionate amount of work to do. They’re really involved. The next one we do, we would have to find the right one to be able to dedicate the time that it needs.

What were the perks of this collab?

Luke: And we saw the hotel from Wes Anderson’s film, The Grand Budapest Hotel. It’s actually right next to the Birkenstock factory in Eastern Germany, right on the Polish border. A beautiful little town. 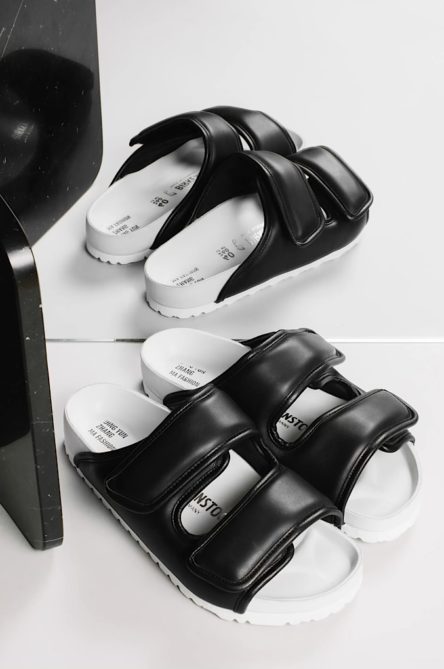 The Birkenstock just got a major makeover 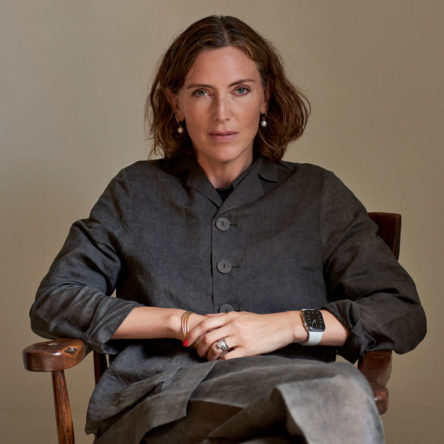 Faye Toogood on rewriting aesthetic rules in the design world 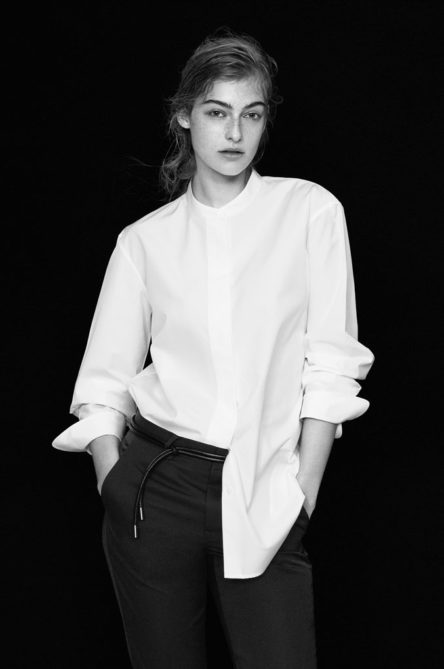 Jil Sander revives her collaboration with Uniqlo: Here's what you need to buy 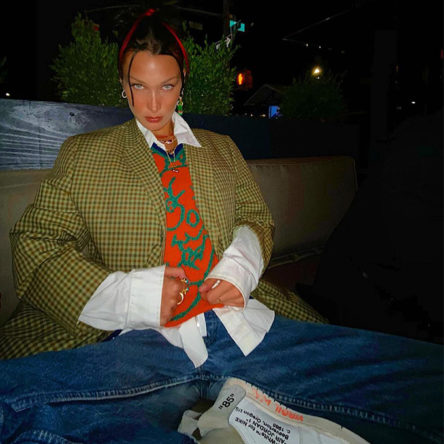