2021 was no doubt the breakout year for South Korean entertainment to capture the hearts of international audiences. Reality television hits like Singles Inferno had our eyes glued to the steamy tension between the gorgeous cast members and upon its release, Squid Game swiftly became the most watched series on Netflix. With Cannes Film Festival 2022 right around the corner, high-profile directors and stars from around the globe will be travelling to France to preview the line-up of films. In the running for the prestigious Palme d’Or, we’re anticipating that all eyes are going to be on the film Broker, starring South Korea’s national sweetheart and singer IU and Parasite’s lauded actor Song Kang-Ho.

Here’s everything we know about the star studded film so far:

What is the plot of ‘Brokers’?

Centered around the concept of ‘baby boxes’ in South Korea, these boxes are a last resort for mothers in Korea to safely and anonymously drop off their infants in the case that they’re unable to care for them. Though not much has been released regarding the film, glimpses from the trailer show two professional brokers in search for a new family for an abandoned baby, while things get messy as the baby’s biological mother shows up out of nowhere. Things get even more complicated as the party of four is pursued by detectives looking to get to the bottom of the case.

Who’s behind the film?

‘Brokers’ will be Japanese director Hirokazu Kore-eda’s first Korean film. The director is most well known for the acclaimed Japanese film Shoplifters, which won the Palme d’Or at the 2018 Cannes Film Festival. In what Kore-eda describes as his “dream project”, the director teamed up with crew members responsible for the Oscar winning film Parasite—including Director of Photography Hong Kyung-Pyo and composer Jung Jae-Il.

Known in South Korea as the “Nation’s Little Sister”, the multi-talented singer has previously starred in hit dramas like Hotel Del Luna and Moon-Lovers: Scarlet Heart, and My Mister. This will be the actress’s second big screen debut, after having been in Shades of the Heart.

Veteran actor Song Kang-ho, most commonly recognised for his roles in Parasite and Snowpiercer takes on the role of Sang-hyeon, one of the brokers who takes on the challenge of finding a new family for an abandoned baby.

Most well known for his roles in Temptation of the Wolves and Peninsula, the actor will be playing Dong-soo alongside Song Kang-Ho’s character as a professional broker.

Recognised for her wide range of roles in both international and domestic films like Netflix’s series Sense8 and zombie thriller Kingdom, Bae Doona will be starring as Soo-jin in Brokers.

Actress Lee Joo-young, most notably appearing in Weightlifting Fairy Kim Bok-Joo and Itaewon Class will be playing the role of Detective Lee as she uncovers the truth.

When will the film be released?

The film will premiere in the upcoming Cannes Film Festival and is slated to release in theatres on June 8, 2022. 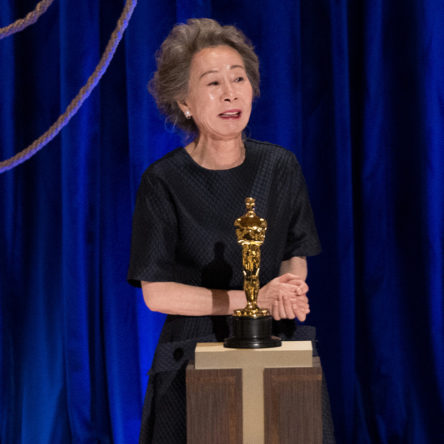