May has arrived, bringing with it a torrent of new releases sure to excite and intrigue. Should you be feeling a tad spoilt for choice, fret not—Vogue Singapore has you covered with our curation of shows to binge out to from streaming platforms in the vein of Netflix, Disney+, Apple TV+ and Amazon Prime this month.

First up: the return of ‘80s horror hit, Stranger Things, streaming on Netflix on 27 May. Season four sees the core gang separated for the first time—with Eleven, Will, Jonathan and Joyce having moved out of Hawkins in the wake of Hopper’s death. It also thrusts the characters into an all-new setting: high school, where our favourite motley crew of oddballs are now left to deal with the various complications of pubescent dealings. Not forgetting, of course, the supernatural elements underlying each interaction, bubbling and brewing under the surface as the cast attempts to navigate the maze that is growing pains, fleeting youth and changing relationships. Whether it will erupt into something more sinister remains to be seen.

Next on our list: Obi-Wan Kenobi; the highly-anticipated Disney+ venture focused on the legendary Jedi Master. The series touches upon Kenobi’s conflicting emotions of guilt and resentment towards long-time friend, Anakin Skywalker, after he defects to the dark side. Fans can also look forward to confirmed appearances from iconic characters such as Darth Vader, the Fifth Brother, Sith Inquisitors and more.

And that’s not all. Beyond the aforementioned heart-pounding selections, there is also an uplifting reality show to look forward to. Namely, Lizzo’s Watch Out For The Big Grrrls, which follows the accomplished singer and songwriter on her search for a crew of backup dancers for her upcoming tour. With a focus on showcasing diverse body types, genders and races, there’s no doubt that this is one series teeming with positivity—despite the drama that comes with any competition-format.

The Sound of Magic

South Korea has yet to fully explore the musical format with regard to TV productions, which makes The Sound of Magic a rather disruptive new addition to the K-drama roster. Starring Ji-Chang wook, Choi Sung-eun as well as Hwang In-youp, it centres around a schoolgirl who wishes to become a professional magician. As fate would have it, she soon meets Lee Eul (Ji-Chang wook); a full-time illusionist living in an abandoned amusement park with one lofty goal: to stop time and remain young forever. Their lives soon begin to intertwine and come together in intriguing, fantastical ways.

Watch The Sound of Magic on Netflix from 6 May.

The Israeli spy thriller series featuring Niv Sultan and Shaun Toub returns for a second season—this time with the addition of silver-screen icon, Glenn Close. Following the threads of season one, Tehran opens with Mossad agent Tamar Rabinyan on the run after things goes south during her mission to prohibit Iran from acquiring an atomic bomb. She is soon assisted by enigmatic figure, Marjan Montazeri (Glenn Close), who assures her that things are going exactly as planned. Look forward to skilled plotlines surrounding political maneuvering, tense stand-offs, thrilling action scenes and more.

Watch Tehran Season 2 on Apple TV+ from 6 May.

Lizzo’s Watch Out For The Big Grrrls

The American singer, rapper and flutist has ventured into the reality-TV space with Lizzo’s Watch Out For The Big Grrrls. Borne out of the desire to give girls who look like her representation as well as a professional platform, Lizzo hosts auditions, challenges and tests throughout the series’ eight-episode run to narrow down the dancers she’d like to join her squad. Themes of body-neutrality and self-love are explored, with contestants shown embracing their form and pulling off jaw-dropping acrobatics and moves with remarkable composure.

Watch Lizzo’s Watch Out For The Big Grrrls on Amazon Prime from 13 May.

A cheerleading captain gets her life turned upside down after a stunt goes wrong, landing her into a coma which she eventually emerges from—twenty years later. The fish-out-of-water comedy explores what it means to be young at heart, while also astutely addressing the current social landscape within schools and amongst youths of today.

Watch Senior Year on Netflix from 13 May.

Everyone’s favourite wildly wealthy Asian-Americans are back at it. Christine Chiu, Kevin Kreider, Kim Lee and more are set to return, indulging in the usual hijinks and shenanigans that come with being rich and influential. While not much has been revealed about the plotlines in season 2, a romance between Kevin and Kim has been hinted at, while Christine and Anna’s rivalry continues.

Watch Bling Empire Season 2 on Netflix from 13 May.

Based upon the hit novel of the same name by Audrey Niffennegar, the show turns its lens on the lives of married couple, Clare Abshire and Henry DeTamble—both of whom are played by Rose Leslie and Theo James respectively. Touted as a “romance for the ages”, it explores themes typically associated with matrimony, except with a sci-fi twist. This is attributed to how Henry is a time-traveler who frequently loses his grip, falling into the past and future with no warning.

Watch The Time Traveler’s Wife on HBO Go from 16 May.

Get ready to be thrust back into a fantastical, futuristic world with this latest addition to the Star Wars franchise. Ewan McGregor reprises his role as the titular character, where he is shown countering the forces of evil as they begin to hunt down and massacre the Jedi. Hayden Christensen is also set to return as Anakin Skywalker, with his infamy as Darth Vader spreading far and forcing Obi-Wan Kenobi to make a decisive move.

Watch Obi Wan Kenobi on Disney+ from 27 May.

It’s time to make a trip back down to Hawkins. Season 4 alludes to a big new evil that “links everything together”; a monster that could signal the doom of the small town—a fact that isn’t helped by the fact that the core group have separated and scattered at the end of season 3. Supernatural elements aside, the cast has also now entered high school and have to face all-new challenges as well as dynamics.

Watch Stranger Things Season 4 on Netflix from 27 May. 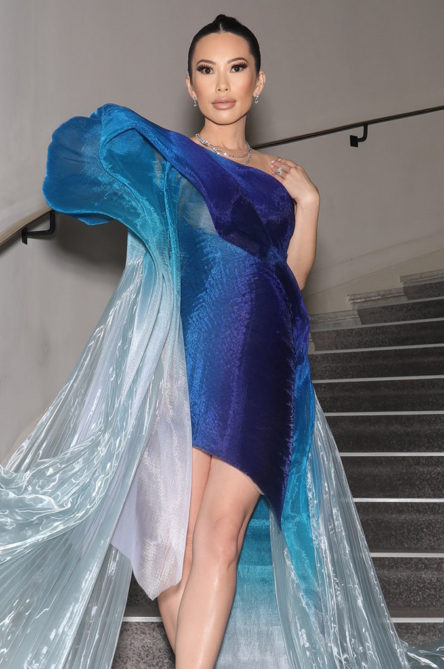