In my third trimester of my twin pregnancy, aside from falling asleep without warning or reason, I found myself with an insatiable desire to consume ice. Forget your textbook cravings of pickles and pizzas, all I could think about every waking minute was the good, old frozen stuff. Turns out this was a major red flag that I was acutely lacking in iron. Medically speaking, this insufficiency occurs when serum ferritin (one of the most reliable markers) is lower than 30ng/ml, which amounts to absolute iron deficiency. For context, by the time I was about to give birth, my ferritin was around the 6ng/ml mark. I was administered not only an iron infusion, but two subsequent blood transfusions preceding and following my caesarean.

Dr Dheeraj Khiatani, Family Physician at The Integrative Medical Centre and The Iron Suites puts it simply: “iron is an essential element with important functions such as oxygen transport, DNA synthesis and muscle metabolism. As the name implies, iron deficiency occurs when the body’s iron stores become depleted and a reduced supply of iron to various parts of the body becomes apparent. This often manifests as vague symptoms such as fatigue or lethargy, poor concentration and hair loss.”

“This experience motivated me to do a little more research into iron deficiency in women. It is one of the most common nutritional deficiencies and nearly 10 times more common in females, due to regular menstruation.”

While we might shrug it off without any thought along with the monotony of life, iron deficiency, if left untreated, can lead to iron deficiency anaemia, a condition where the body doesn’t have enough red blood cells defined by low haemoglobin levels. “As haemoglobin levels start to fall, symptoms of shortness of breath and even giddiness can be felt by the individual,” says Dr Khiatani, who majors in Nutritional Medicine and managing iron deficiency.

While my situation leaned towards the extreme end of the spectrum thanks to my pregnancy, around 37.9% of otherwise healthy women suffer from iron deficiency. In terms of the prevalence in our local community, “a survey with tests suggest this rate might be even higher in Singapore with up to 50% of women at risk”, according to Dr Khiatani. Rates of iron deficiency rise to almost 75% in pregnant Asian women in Singapore in the 3rd trimester (measured at ~26-28 weeks).

For Heike Cushway, experiencing extreme depletion while she was expecting, ended up being the catalyst for the birth of her business The Integrative Medical Centre and The Iron Suites. She was told it was normal to feel lethargy during pregnancy, “but it also just didn’t feel right.” She elaborates: “I was aware of the importance of iron and had been taking daily supplements since the very beginning of my pregnancy, so raised my concern with my obstetrician. She told me that my haemoglobin was ‘normal’ for pregnancy and thus iron deficiency was unlikely to be the issue. However, after repeated requests, she reluctantly agreed to perform a blood test of my iron levels—specifically looking at serum ferritin (as opposed to serum iron—which doesn’t reflect the body iron stores). This blood test confirmed what I had suspected: severe iron deficiency.” Seeing as there is a limit to the amount of iron that the body can absorb each day, Cushway questioned the recommendation to increase oral tablets, and instead sought out a rapid correction via intravenous iron.

A post shared by The Iron Suites 🇸🇬 (@theironsuitesmedicalcentre)

“This experience motivated me to do a little more research into iron deficiency in women. It is one of the most common nutritional deficiencies and nearly 10 times more common in females, due to regular menstruation. Over a year, a woman with heavy menses can have annual losses exceeding 500mg iron, which is as much lost during open heart surgery” says Cushway. “Furthermore, humans are fully reliant on external sources of iron (such as through diet) as our bodies cannot produce it.”

Armed with a motivation to impact people’s health, Cushway and her husband Tim co-founded their clinic in 2017, focusing on collaborative work and care, addressing the holistic wellbeing of their patients. “We wanted to offer a pathway for care to move upstream, in a preventative way, before acute incidences occur. We also realised there needed to be greater awareness of nutritional and holistic health, alongside medical services,” she adds. In other words, we need not get to the point of craving ice.

Simply biologically being a woman (which would also encapsulate things like heavy menses and pregnancy) isn’t the only risk factor. Others include vegetarian diet, chronic disease, regular blood donation, GI disturbance and endurance exercise. Plus, around 58% of women above 55 years old are also impacted. While we often focus on how the symptoms manifest themselves physically—common signs like fatigue, feeling cold, difficulty sleeping and concentration impairment, the condition also goes beyond that—impacting our mental health. 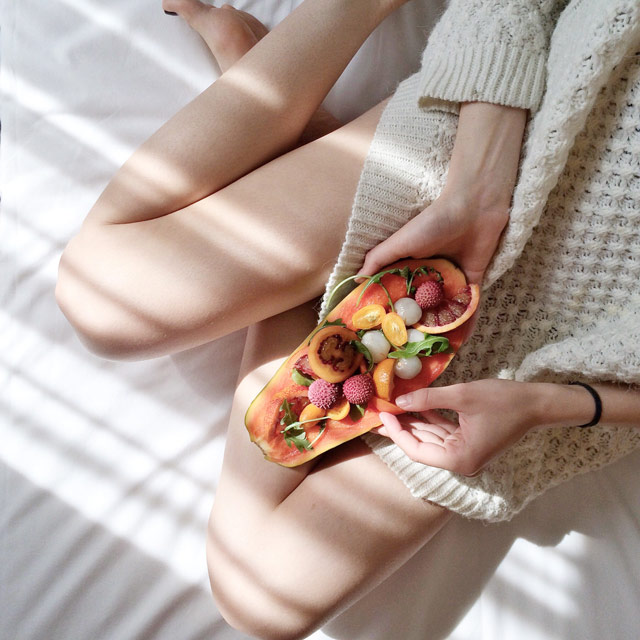 “As iron deficiency can lead to fatigue and poor concentration, patients may start to feel inadequate or unable to fulfil their home and work life. This may lead to depression and, ironically, patients are sometimes diagnosed with depression and not iron deficiency. Iron deficiency anaemia has been shown to be significantly associated with increased risks of depression, anxiety, autism spectrum disorder (ASD), ADHD and development delay among children and adolescents,” according to Dr Khiatani.

For Diana Soh, 54, mother of 4, these words rang true. After enduring 4 pregnancies to term and 2 miscarriages in between, with a busy lifestyle and household, Soh put down her extreme tiredness, sharp chest pain, frequent headaches and low mood down to her circumstances. In fact, Soh even had her eyes checked at the optometrist as she had blurry vision, but her eyesight was deemed perfectly all right. “I was emotionally upset, distressed and mentally disturbed by my vision, my giddiness, my pain, my exhaustion. Though I took breaks to rest, I could not recover as fast as I lost my energy and being hopelessly breathless made me lose my confidence in life. I started to fear that one day I would pass out without knowing the reason. I remembered having seen my previous medical report from a GP that my iron was low, but was never given any recommendation to investigate further.”

“Iron deficiency will affect the mind. I struggled with constant thoughts—that I am weak, I cannot see well, I am breathless, I am panting, I am in pain. These intrusive thoughts brought me fear. I lost my confidence completely.”

The protracted symptoms lead to depression for Soh. “The low iron impacted my life, my lifestyle and employment. I feared going to work as I struggled to keep up with the demanding work expectations. When I went to the doctor, I broke down in tears during the consultation. I was told to strike a balance between my work and life. With only that advice, I decided to leave my job. Iron deficiency will affect the mind. I struggled with constant thoughts—that I am weak, I cannot see well, I am breathless, I am panting, I am in pain. These intrusive thoughts brought me fear. I lost my confidence completely.” Thankfully Soh was able to unravel the mystery of her poor somatic and psychological health, that being her iron levels. After treatment of her single digit result, Soh felt like herself again, “I was relieved, happy and lighthearted.”

In addition to seeing patients coming off antidepressant medication, given that they were wrongly diagnosed with depression, Cushway has witnessed patients having success with conceiving after recuperating their iron, great results in terms of exercise performance, hair loss and hair quality improvements. So after diagnosis, how do we become iron replete (100ng/ml) and successfully manage iron levels?

One can pursue an iron rich diet with ~5% of plant based iron and ~25% from meat based iron (otherwise known as haem iron) being absorbed by the body. Oral iron tablets can be taken daily for 6-12 months, again a case of iron intake via the gut. Vitamin C in the forms of orange juice and also fruit—particularly of the citrus variety—can help improve absorption of iron rich meals if taken together. You can also opt for an intravenous method to speed up the process. Up to 1,000mg of iron can be administered via a single infusion—IV iron is injected directly into the bloodstream, bypassing the GI route and is therefore 100% compliant.

A post shared by The Iron Suites 🇸🇬 (@theironsuitesmedicalcentre)

Blood transfusions can also be given in more severe, anaemic cases, however to avoid strain on hospital resources as blood is typically done as an inpatient and the increase in risks, Cushway believes “blood is probably best reserved for serious trauma cases (or transfusion dependent thalassemia)”.

According to Dr Khiatani, women of child-bearing age should consider annual (or least every other year) checks of their iron levels. “The length of  benefits of an iron infusion generally depends on the underlying cause. Hence all patients undergo a full consultation with a medical doctor prior to infusion to ascertain the root cause of the iron deficiency. Once levels are replenished, a repeat IV iron infusion is only needed if there is an ongoing deficit that cannot be resolved.” 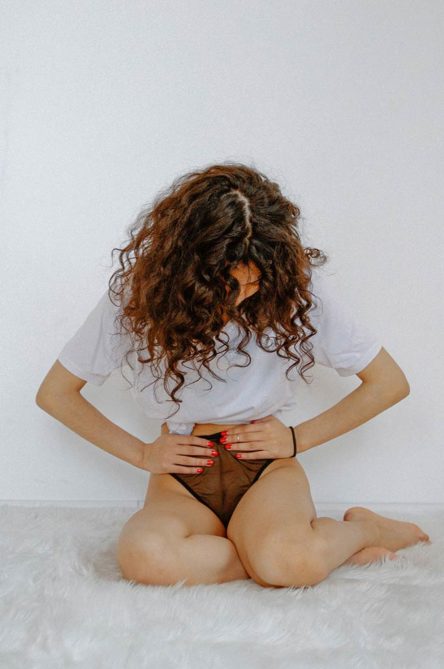 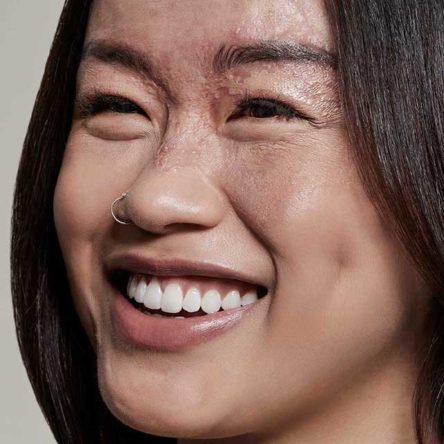 Self-care for survivors: Charlene Chew shares what healing looks like beyond her third-degree burns 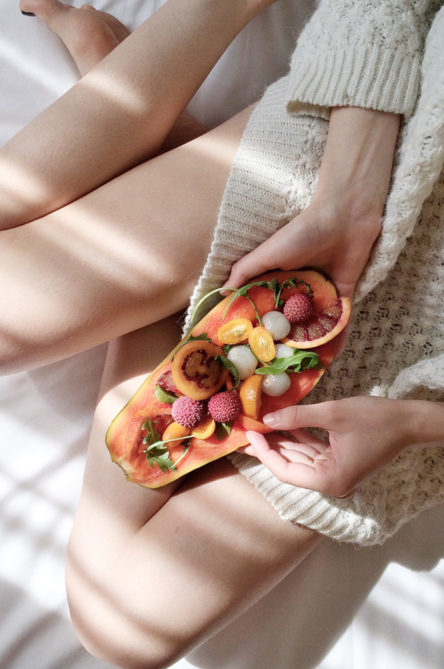 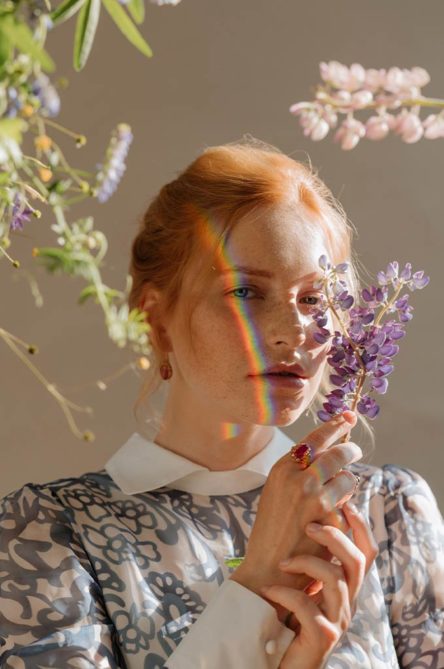 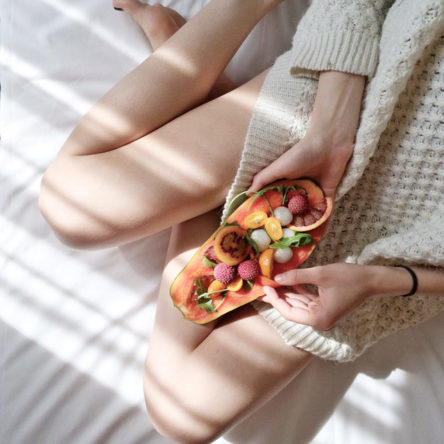 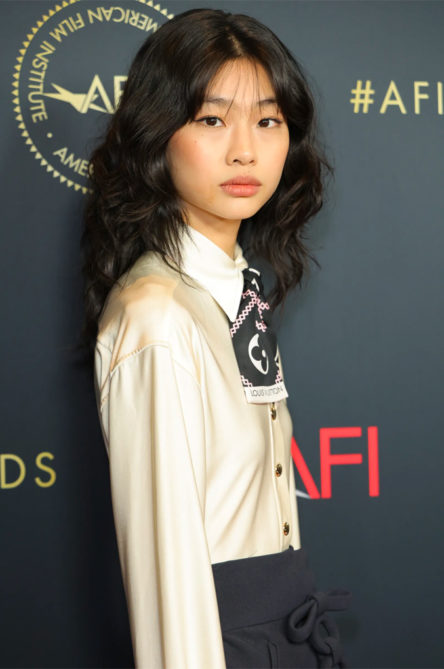 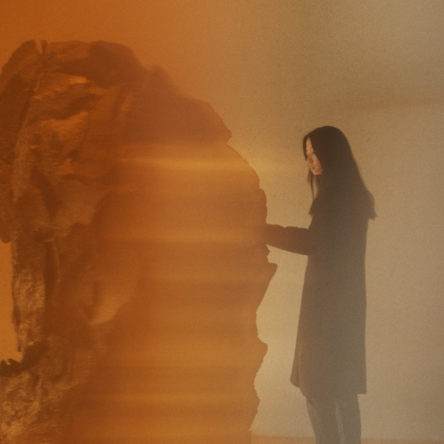