Harry Styles and Alessandro Michele are kindred spirits. Michele, Gucci’s maximalist creative director, praised Styles’s “incredible sense of fashion” when they unveiled a collaboration earlier this year. Harry, meanwhile, called the Italian designer his style icon in a video interview with Vogue at the 2019 Met Gala, which he attended as Michele’s guest.

The firm friends have been loyal supporters of one another’s work for some time now. Harry wore a striking floral suit from Michele’s spring/summer 2016 collection that set him apart from his One Direction bandmates at the 2015 American Music Awards. (He was the first person to wear a full menswear look from Michele’s Gucci on the red carpet.) Since then, the Harrys (Styles and his stylist, Harry Lambert) have gone to Gucci first for any dressing opportunities. Most recently, Michele has supplied looks for Harry’s world tour, as well as the promo trail for My Policeman and Don’t Worry Darling.

As their professional and personal relationship continues to flourish, revisit Harry’s greatest moments in Gucci.

Alongside Alessandro Michele at the Met Gala, wearing a custom look that fitted the Camp: Notes On Fashion theme perfectly.

Flinging off a feather boa—which subsequently went viral—at the Grammys.

On the red carpet at the Don’t Worry Darling premiere in a navy suit and pointed-collar shirt underneath.

Gracing the stage in an ethereal lace jumpsuit at the Brit Awards.

Parading around the Coachella stage in a pink fuzzy coat and metallic trousers.

In custom Gucci with a bamboo-handle bag in tow at the premiere for My Policeman at the Toronto Film Festival.

Rocking out in Gucci sequins at Coachella.

Disembarking a boat at the Venice Film Festival in a pinstripe jacket with a low-cut top beneath, a silky neck tie and bug-eyed sunglasses.

With his fellow One Direction band members wearing a floral suit from one of Alessandro’s formative collections for Gucci.

In an electric-blue suit at the Rock & Roll Hall of Fame induction ceremony.

Showing his flair for bold suiting at the Brit Awards.

Performing in New York in a floral-print suit with peaked lapels.

In a suit decorated with the interlocking Gucci monogram at the iHeartRadio music festival.

Arriving at the Brit Awards in a retro brown suit and a string of pearls around his neck.

In another feather boa and a checked jacket on the Grammys red carpet.

Dressed up as Dorothy from The Wizard of Oz for “Harryween”.

In zingy green trousers and a cosy blue knit at the SiriusXM studios.

Wearing a T-shirt he made in collaboration with Michele to celebrate the launch of his Fine Line album.

C.Dam is the newest label to have on your radar 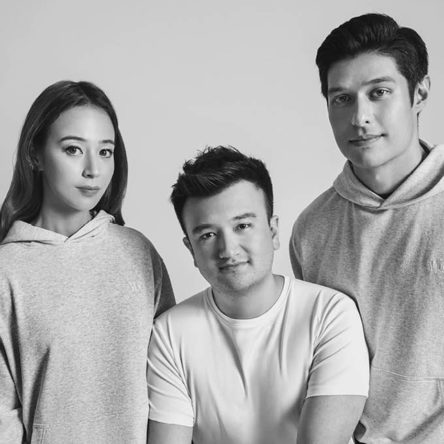 From hoodies to caps, shop these Vogue-exclusive pieces from The Paper Bunny and Dirty Manners 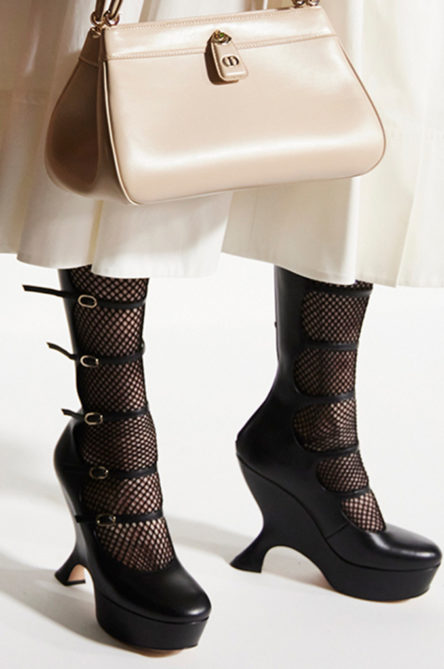 The best shoes as seen on the spring/summer 2023 runways

By Kelly Khua and Jason Sonja