So far, New York Fashion Week has been a rather stripped-back affair—the realities of nearly a year of varying degrees of lockdown—but it’s been no less joyful and optimistic. The collections have featured layering and oversized modern tailoring, exactly the kind of pieces you want to wear to feel good in, right now and beyond working from home. The beauty looks were also pared back and fresh with an emphasis on natural-looking, dewy skin, easy day-to-night eyeliner and effortless, Zoom-friendly hair—an uplifting celebration of the new normal.

Here are the hair, make-up and beauty trends you need to know from New York Fashion Week AW21.

With salons shut around the world, people are having to make do at home. Right now, people want easy, practical hair while still being able to flex on Zoom, which is why the middle parting is having a moment. But it’s not Sienna Miller circa 2008, with all its tousled, bohemian allure. This season’s iteration is clean and precise, styled into low ponytails as seen at Ulla Johnson and Proenza Schouler, tucked behind the ears and off the shoulders as at Rosetta Getty, Balenciaga, and The Row, or worn super sleek and straight as at Atlein.

Back to black eyeliner

With only our eyes on show at the moment, it makes sense to make the most of them. Where last season it was all about playful pops of colour, autumn/winter 2021 takes on a more sombre note with lashings of black liner. See Victoria Beckham and Ulla Johnson for lessons in everyday liner or Balenciaga, Sandy Liang and Libertine for that high-drama, rock’n’roll look.

One of the easiest ways to update your look is by getting yourself some bangs, which is why so many of us have been hacking away at our hair in lockdown, most noticeably Bella Hadid. For those waiting for the world (read: salons) to reopen, however, before investing in some fringe benefits, there was plenty of inspiration on show this season. There’s the moody, blunt bangs at Victoria Beckham and Vetements, the 1970s shag at Atlein, the micro-fringe at Batsheva and the French-chic look at Anna Sui. Those looking to really shake up their look should take their cues from Ella Emhoff’s corkscrew curls at Proenza Schouler.

Health is wealth, especially in the middle of a global pandemic. So why not look the part as well? That was certainly the message at the autumn/winter shows, where the emphasis was on dewy, flawless skin. See Prabal Gurung, Gabriela Hearst, Y/Project and Ambush for a lesson in looking well.

Following on from last season, the bob is still very much on-trend. Switch up your look this autumn/winter with a chin grazing cut as seen at The Row, Gabriela Hearst, Batsheva and Ulla Johnson, channel that French-girl chic with a side parting spotted at Staud, or take it right up to the ears like at Proenza Schouler and Ulla Johnson.

Yes, we’re wearing masks, but that doesn’t mean we can’t relish the ritualistic act of applying lipstick and the empowering effects a bold lip can have. As such, there were accents of rouge noir at Y/Project, clownlike iterations at Balenciaga and classic reds at Vetements and Prabal Gurung. If you’re not yet ready for a colour comeback, take note of the glossy nude lips at Ulla Johnson and 3.1 Philip Lim.

With IRL events cancelled right now, extravagant hair accessories have become a bit of an afterthought. But you can still make a statement with something a little more low-key. Add an element of girlish nostalgia with extra-large headbands like Sandy Liang and Casablanca or amp it up with a touch of sparkle as seen at 1017 ALYX 9SM, Alice + Olivia and Dsquared2. Your Zoom-mates will appreciate the effort. 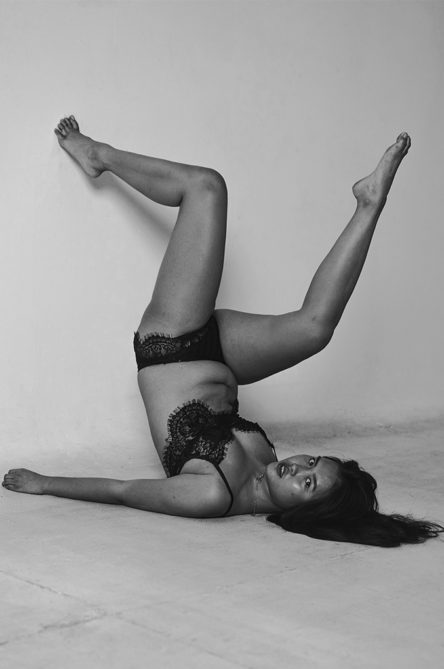