When Gigi Hadid moved to New York from Los Angeles almost a decade ago, it was on the brink of a particularly bitter East Coast winter. Needless to say, the bone-chilling weather was a shock to the system. “I’m always the person who’s cold even when other people feel hot,” says Hadid, with a sigh. Thankfully, her parents had planned ahead: They’d sent their then teenage daughter off to college at the New School with the cashmere sweaters she’d swiped from their wardrobe on cooler days in California.

Her favourites were all stealthy chic: a grey turtleneck that fastened with leather straps (her mother’s) and an all-­engulfing button-up cable-knit cardigan from her father. With her life in a moment of transition—one both wildly exhilarating and bewildering—the cosy knits offered the reassuring feeling of home. “Those were the only cashmere pieces I owned for a long time,” Hadid admits. “I still have them.”

I am speaking to the supermodel via Zoom; when she called me from a hotel room in London, she popped up on the screen dressed in—what else?—a gorgeous sunflower orange cashmere crewneck. Except this one isn’t a hand-me-down—it’s a sweater from her just-launched new label, Guest In Residence. “It’s the first time I’m wearing one of the new samples, and I love the color,” says Hadid, a little giddy with excitement. That sweater is part of a series of forever pieces—slim-fit joggers, hoodies, tanks, scarves, beanies, and the like—that come in a myriad of warm hues: bubble-gum pink, turmeric yellow, and cherry red, to name a few. There are limited-​edition drops in the works as well, including one Hadid calls “varsity funk” that shows off her flair for colour blocking on preppy shapes like the classic rugby.

“I want clothes that feel sustainable and realistic to have for a long time. If you look after cashmere correctly, it can last for decades.”

The line of cashmere knits, three years in the making, is something of a labour of love for Hadid, 27. A few months pregnant with her daughter Khai and hunkered down on the family’s farm in Pennsylvania, she began to incubate the initial concept just as the world went into lockdown. “I think a lot of people assumed that starting my own brand would be the next natural step,” says Hadid, who has worked on several collaborations over the years—everything from runway collections for Tommy Hilfiger to swimwear capsules for Frankies Bikinis founder Francesca Aiello, a friend since eighth grade. “But I wasn’t trying to rush it. I knew that something would come to me that felt right, that had integrity to it.”

In the current landscape of multi-hyphenate designers, her latest career move couldn’t be more well-timed. The likes of Mary-Kate and Ashley Olsen, Victoria Beckham, and Rihanna have long proven there’s more than one way into fashion, and as someone who is photographed as often on the street as she is on the runway, Hadid has developed a keen sense of her own style much like they have—not to mention a megastar-worthy social media following. And it doesn’t hurt that she’s worked with many of the most talented names in the business. “If you pay attention, you can learn wild things beyond modelling in this job,” she says.

More than all of that, though, the choices Hadid has made with Guest In Residence reflect style values she picked up at home. “Both my mother and father have been really good about investing in things they love, and I was always shown that growing up,” she explains. Given the brand’s direct-to-consumer model, the investment pieces in her line won’t cost the earth either—the classic crewneck she’s wearing for our Zoom, for example, retails for $295. That said, Hadid’s not cutting corners on quality. In fact, she’s gone the extra mile to source long-­fibre cashmere in Inner Mongolia—a biodegradable yarn to avoid pilling, every knitwear devotee’s pet peeve. “I want clothes that feel sustainable and realistic to have for a long time,” she says. “If you look after cashmere correctly, it can last for decades.”

The two golden rules she swears by come via her grandmother: (1) Anything that works on your hair works on cashmere. (2) In lieu of washing a sweater with each wear, hang it out of the window at the end of the day. “Cashmere is a natural fibre, so it will naturally let go of fumes,” she insists. It seems that certain members of her family are especially eager to get their hands on the new collection. Her sister Bella has her eye on the cropped cardigan with raw edges and a hook-and-eye closure that was originally known as “the undercover.” “Bella came by the office and grabbed it—it was her favourite thing,” Gigi says of the layering piece. “Now we call it ‘the Bella.’ ” And though Gigi’s daughter might only be a toddler, she’s clearly right behind her auntie. “Khai is not even two and picks out her own outfits. The other day she picked a dress out of the hamper. I said, ‘What are you doing—it’s dirty!’ But she wouldn’t put anything else on. She already has huge opinions of her own,” says Hadid. “She’ll be our first intern.” 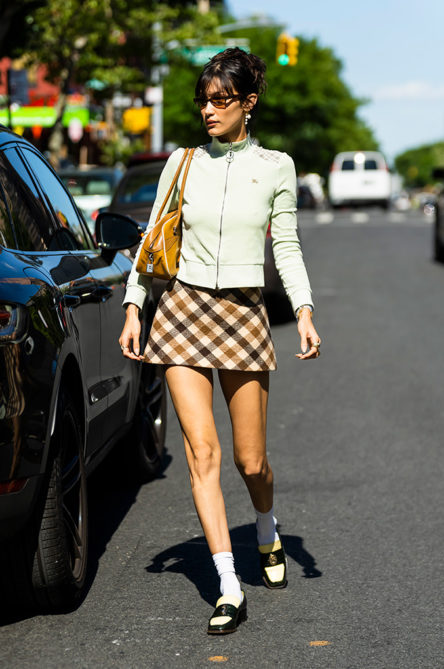 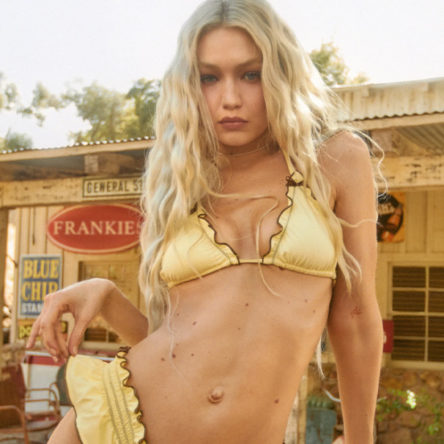 “Creating this was so special”: A first look at Gigi Hadid’s Frankies Bikinis collab 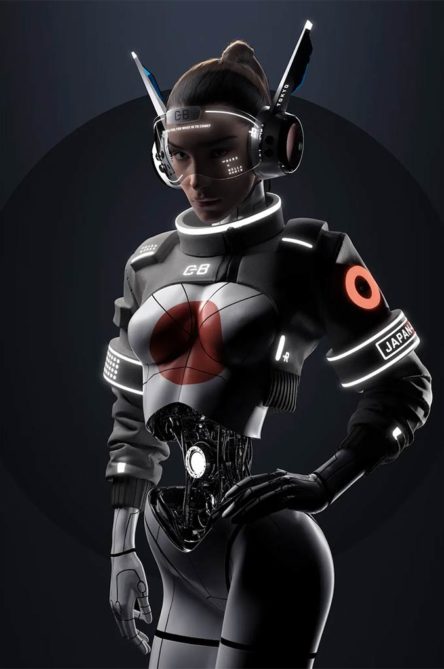 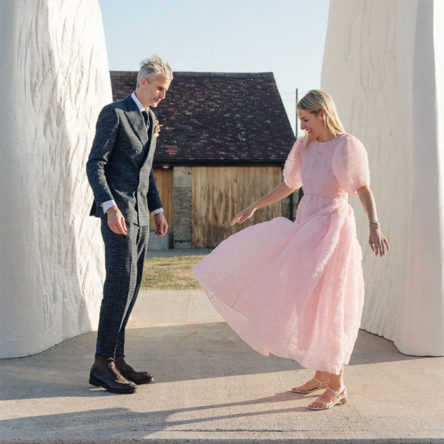