Traditional white wedding dresses are out, as the coolest brides say “I do” to pink wedding dresses that make them feel “empowered, sexy and feminine”. Don’t mistake this foray into fuchsia as the influence of #Barbiecore, this trend is being driven by individuals who could never contemplate ivory lace.

Talent agent Olive Uniacke chose her hot-pink fabric 18 months prior to her London wedding, because she wanted to go against the grain. “I never had an idea of what my dream bride dress would be,” she shares. But, “I knew it had to be a colour—that was the only way it was going to work—something bold, something modern, something different, something wow, something feminine, something sexy, something me!”

Working with a London couturier to create a dress inspired by a Raf Simons for Dior gown once worn by Marion Cotillard, the shocking pink hue matched the modernity of the silhouette. “I’ve never worn pink before, so I knew it would be a ‘moment’,” says the bride, who married her now-husband Dane Ensley at her 19th-century family home on London’s Warwick Square.

That’s not to say wearing the confident colour was plain sailing. A hiccup occurred in the design process when the fabric, in the perfect punchy shade of pink that Olive had pored over, arrived faulty. There was no replacement. Valentino’s Pierpaolo Piccioli had used the entirety of material, now officially classed as “Pink PP” by Pantone, in his autumn/winter 2022 collection. Olive had to go one shade lighter, despite the fact she had colour-matched her Prada wedding shoes to the original.

No matter. On the day, it felt right. The bride’s arresting palette negated the need for any jewellery or fussy hair and make-up, and she got ready in 15 minutes, meeting friends for lunch an hour before she was due in church.

It was always going to be pink for art director Anna Rhodes. When she saw Cecilie Bahnsen’s playful cloud of a dress float down the spring/summer 2022 runway, it was everything she had dreamed up as a child. “It’s turbo feminine without being saccharine, and I was all in,” says Rhodes, a longtime fan of the Danish designer’s pretty-tough confections. “I felt it represented exactly how I wanted to feel, and how I see myself. I wanted to keep it relaxed, but still incredibly special and unusual.”

The story of how the bride came to own her candy floss-coloured wedding look is as joyful as the dress itself. There was only one of the matelassé organza silk dress styles left in the UK, and Rhodes had to track it down. An alert came from Dover Street Market, to say the store had sourced a new sample she would be interested in. “I trudged in, despondent in my failure up until this point to find the dress, and there it was in its full glory.” It was Valentine’s Day 2020.

Anna’s wedding to Fred Scott at Hauser & Wirth in Bruton was postponed twice, but her confidence in the dress never wavered. On the day itself, Anna felt otherworldly in her cotton-candy Cecilie Bahnsen, and accessorised with ice-white accessories to amp up the bridal factor. A pair of Jacquemus Manosque sandals with a ceramic bon bon-like sculpted heel, an A M Faulkner polka dot veil and a Shrimps Antonia bag added to the romance, as did her flower girls’ angelic white dresses worn with pink flower crowns—the reverse of her own colour scheme. “To be honest, I never wanted to take my dress off,” she says upon reflection.

For rebellious bride Harriet Hall, who navigated wedding planning in the height of lockdown, the dress came before the engagement ring. “I want to get married in this,” she texted her friend after laying eyes on the feast of brilliant pink tulle swishing down Molly Goddard’s autumn/winter 2019 runway. Marriage was somewhere on the horizon, but Hall had struggled to see herself as a bride… until that flash of bright tulle melted her heart.

“I’ve always felt I lacked the elegant insouciance that most women seem to have naturally stirring within them, and which is unleashed on their wedding day as they transform into ivory swans,” explains Harriet. “This was a dress so in-your-face that it rejected any suggestion of the virginal purity, wifely subservience or impassivity that white dresses can come to symbolise. It was so loud, it was subversive.” Accessorised with a regal pearl headband and a clutch bag from Simone Rocha, the final look, says Hall, is how she imagined Queen Elizabeth I might have dressed if she’d been a millennial.

Fellow pandemic bride Charlier Porter similarly chose her fuchsia polka dot Carolina Herrera dress, which she snapped up in the Matchesfashion.com sale, because it felt delightful against a dismal news cycle. In the run-up to her small London wedding, in line with Covid-19 restrictions, Porter felt out of sorts and couldn’t put her finger on why. As soon as she put on her happy-making wedding dress, she “felt at home”.

Four different weddings, one shared narrative. These women chose their rosy wedding attire because they didn’t relate to the conventional parameters of bridalwear. “Whenever I tried on anything more formally bridal, I felt as though I was playing dress up,” shares Rhodes. “I just wanted to feel authentically me instead of some version of the archetypal ‘bride’ that I didn’t identify with.”

This is not a new thing. Fellow alternative bride Jamaica Walden eloped to California wine country last summer and wore Christopher John Rogers’s 004 Strawberry dress as a tribute to her mother, who wore vibrant pink on her own wedding day many years before. Jamaica’s now-husband Barry Mottier’s jaw dropped when he saw his partner pulling off a high-fashion moment that spelled out “bride” on her terms—exactly as it should be on a day that is about two people committing to one another, exactly as they are. 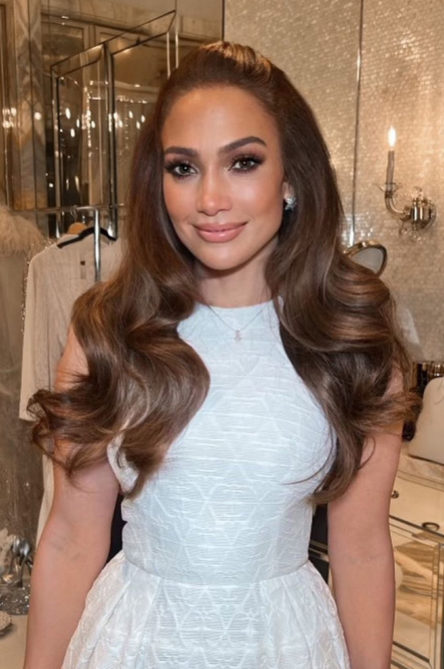 All the details behind Jennifer Lopez’s wedding day hair look 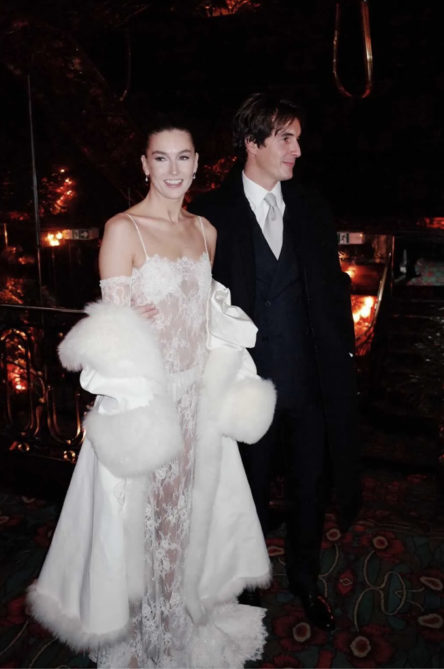 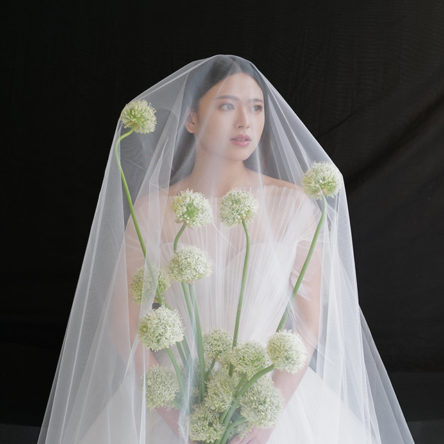 Vogue's guide to finding the perfect wedding dress in Singapore