Dolce&Gabbana’s flair for high-style pyrotechnics and glamorous entertainment never disappoints. You go to their shows with the same sense of anticipation as when you go to a fabulous, impossible-to-get-tickets performance of the hottest music sensation—which makes you wonder how they can pull something so consistently spectacular out of their hats every season.

Quick to pick up on Gen Z’s cultural humus and its hunger for impactful gestures in fashion, for men’s the designers provided a coup de théâtre. With impeccable timing, they had the internet-breaking couple of the moment, Megan Fox and her husband-to-be Machine Gun Kelly, attending the show. Under Fox’s adoring gaze from the front row, the willowy, bleached-blond and extensively tattooed Kelly walked the runway as if he were to the catwalk born, resplendent in über-stylish bespoke suits (which he changed thrice) blazing with myriads of metallic studs and crystals. It goes without saying that his live rendition of the hit My Ex’s Best Friend brought the house down.

At the press conference before the show, Dolce and Gabbana raved about the artist, praising his talent and “his taste for beauty and his appreciation for sartorial elegance.” But beyond its evident social media savvy, the choice signalled the designers’ clever focus on attitudes and inclinations of the younger generations they’re courting. They rightly believe that understanding the zeitgeist is a priority, and that tailoring their practice according to a new set of rules is what makes their work pertinent for today—and also exciting for them from a creative standpoint: “We’re challenging ourselves,” said Gabbana. “We’re questioning everything we’ve been used to. Things are changing, and we welcome that change; we want to experience the new, which makes us evolve and move forward.” Dolce chimed in: “Staying put in our comfort zone feels not-so-comfortable anymore.”

Machine Gun Kelly’s performance was just the peak of a show built on layered collaborations with other up-and-coming artistic talents. Multidisciplinary artist Rocco Pezzella was given free rein to emblazon the humongous sweats and the magnified, overblown pants that were one of the collection’s aesthetic nods to the metaverse world the designers are willing to explore. Quick to jump on the NFT bandwagon, they recently secured an auction sale of a nine-piece digital collection totalling the equivalent of nearly $6 million. Not bad for newcomers.

What fascinates Dolce and Gabbana today is the spontaneous sense of free style new generations are embracing with the candour that comes from not being weighed down by the excess baggage of experience and knowledge. “The idea of a homogeneous, visually coherent wardrobe is obsolete, because anything goes, everything is the opposite of everything,” they mused. “What’s important is the personality, the attitude, a way of being.”

To that end, the collection read as their ode to the radical style perfected by Gen Z’s natural acumen for self-representation. Never afraid to go over the top, the signori stilisti roamed this territory with gusto. Proportions were, on one hand, exaggerated and almost hyperbolic—black-and-white-logo-ed, puffed-up piuminos floating around the body like inflatables, or regal, majestic, sweeping full-length greatcoats exposing a smooth bare chest and a pair of briefs, a diamanté necklace thrown in for added glitz. On the other, the suit, one of the designers’ pièces de résistance, was given a tailored makeover: cut with their signature sharpness, the newest version of the tuxedo was proposed in a shiny gold fabrication, with a marked waistline and shoulders moulded and expanded into a jutting shape.

Glamourous eco-fur also featured prominently. Having discontinued the use of real fur, Dolce and Gabbana didn’t give up on the sensuality and visual impact that it can convey, which jibes with their sense of style. But it’s also part of their pledge of making their company fully sustainable in the future. “Sustainability for us doesn’t only apply to technology, sourcing or production,” they said. Their high-quality eco-furs are actually produced in small artisanal ateliers by the same furriers who previously worked on their real-fur offer. “Sustainability for us is also protecting the knowledge embedded in traditional techniques,” they explained. “Preventing that expertise from being lost and securing the work and the future of artisans is something we’re incredibly proud of.” 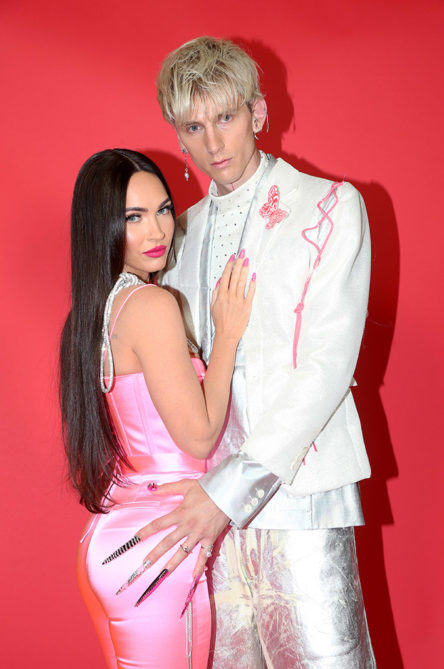 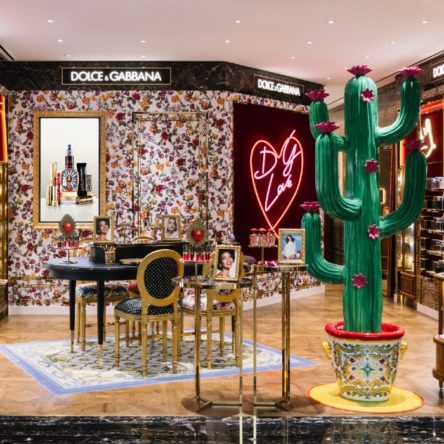 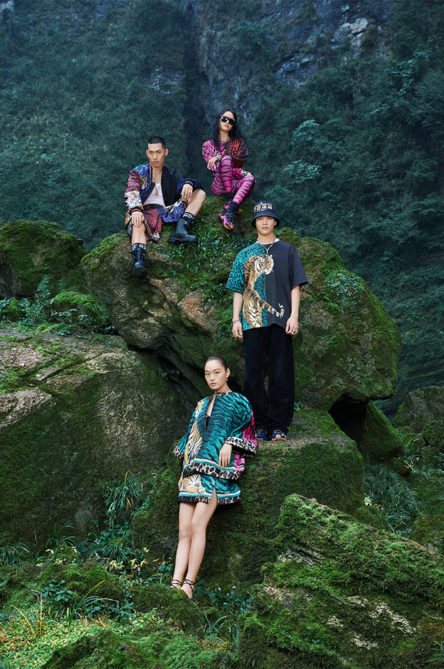