The first time I attended New York Fashion Week was in 2017. As I arrived in the city that never sleeps, it quickly became evident as to why people call it that: there simply isn’t time to sleep when you’re navigating accessibility barriers. I went from fashion show to fashion show, where every time the people at the door were rarely informed on how a wheelchair user like myself could enter the building. At one point, my personal assistant had to throw me over her shoulder and drag my chair up the steps behind her—not the entrance I had always dreamed of, but it got me thinking: in an industry that celebrates diversity, why wasn’t there anyone around that looked like me?

I was born with a rare form of muscular dystrophy that causes progressive muscle loss throughout the body and, in some cases, leads to lung failure. Throughout my life, fashion and beauty have been my happy place. I find normality in eclectic patterns and vibrant lipsticks that allow me to stand out and actually feel seen instead of stared at. Because, although I might catch someone’s attention initially because of my wheelchair, I tend to hold on to it because of my style. But, like most people with disabilities, when it comes to representation in the fashion and beauty industries, I have often felt excluded.

The power of representation

According to the World Health Organization (WHO), 15 per cent of people have some kind of a disability, forming the world’s largest minority community. It’s also the only minority community that anyone can potentially become part of at any point in their life. And yet, when it comes to telling our stories, we have either been reduced to harmful stereotypes or left out of the conversation entirely.

Judy Heumann, a lifelong disability rights activist and personal hero of mine, puts this down to the misguided notion that people with disabilities somehow aren’t able to live full lives. “People have not seen us as an equal member within their communities, their schools, their mosques, their churches, their synagogues, social clubs, or whatever it may be,” she says. “They look at us and they think, ‘How could I live my life like that?”—exactly the reason why authentic representation is so vital.

But it goes beyond that. As children, you create this image of beauty based on what society deems beautiful — so what happens when the image of beauty and desirability never looks like you? For one thing, it can have a damaging effect on your self-esteem and, at times, make it incredibly difficult to accept your own body.

This is something model Bri Scalesse—who became a paraplegic at the age of six after a car accident left her with spinal-cord injuries—can relate to. “As a child, I longed to see myself reflected in an image,” she tells Vogue. “But I couldn’t find my body or my chair represented on TV or in magazines. Disabled people weren’t models or actresses. There was no disabled princess.”

In recent years, however, things have started to change. Social media became a tool through which people with disabilities could finally control the way they were being seen. Meanwhile, across the board, calls for greater diversity and the burgeoning body-positivity movement opened up the space to celebrate beauty in all its different forms. As a result, we’re seeing people with disabilities making appearances on the runway, on the cover of magazines, in fashion advertisements and in beauty campaigns. This long-awaited representation is slowly but surely eroding the historical stigmas surrounding people with disabilities. But it hasn’t been easy, nor has it been swift.

Back in 2017, as I looked around the bodies both on and off the catwalk, there was only one person who looked like me, and that was model Jillian Mercado. Mercado is the first person I ever truly felt represented by because, like myself, she also has a form of muscular dystrophy and uses a power wheelchair to get around.

Growing up, Mercado felt alienated by the industry’s ableist beauty standards. And so she took it upon herself to challenge them from the inside, studying a degree in marketing at New York’s Fashion Institute of Technology and interning at Allure magazine. After modelling for friends’ fashion projects, in 2014 she landed a campaign for Diesel. The following year she signed with IMG, and has since featured in campaigns for Beyoncé’s Formation merchandise and US luxury department store Nordstrom, and was recently on the cover of Teen Vogue.

“There are so many people who feel underrepresented, who feel like they don’t exist, who feel invisible in a very visible setting,” she says of her motivation. “I wanted them to feel like they belong—like they can also be models.”

People with disabilities are often praised for their bravery—a compliment that can feel unsettling because many of us wouldn’t consider ourselves brave for simply pursuing the things we want, just like everybody else. Our stubbornness, however, is something that people might want to take note of.

Where Mercado paved the way, others have followed. There’s model Aaron Philip who, in 2018, became the first Black, transgender, and physically disabled model to be represented by a major modelling agency, after one of her tweets went viral. Similarly, deaf, transgender model Chella Man gained traction after sharing photos of himself online.

There’s also lecturer, writer and disability advocate Sinéad Burke—a little person from Ireland who graced the cover of British Vogue in September 2019. Burke was also the first little person to attend the Met Gala that same year, challenging traditional views on inclusion in her custom-made Gucci gown. A year later, Gucci made headlines by casting Ellie Goldstein, a young model with Down syndrome as the new face of Gucci Beauty.

The inclusion of disabled bodies within fashion and beauty has been a major step in the right direction, but the industry has a long way to go. “Seeing disability representation as a key component of diversity is a start,” says Scalesse. It’s true, while the industry has been quick to answer calls from some minority communities, ours seems somewhat left behind.

It’s about time we move beyond optics and tokenism. Yes, we need to see more people with disabilities in front of the camera, but we also need to see them behind the camera, too. We need to see people who look like us in positions of power at magazines, at global beauty and fashion brands, at the teams behind fashion weeks, in casting agencies, in all of the places where we have historically been forgotten.

After all, what good is seeing someone that looks like you in a campaign if a brand can’t meet your needs? Likewise, why cast a model in a shoot or runway show when she cannot properly access the venue or backstage?

In a lot of ways, 2020 was a year of awakening. A year to recognise all the voices that were being ignored. Brands that had never been held to account before were being called out on their tokenism and unequal treatment of minorities, while the whole world was forced to slow down and listen. 2021 should be the year of action. 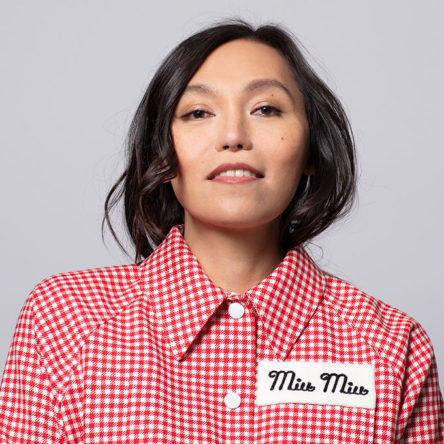