Digital, phygital, and now physical: destination fashion shows, just like in the past, are back to regular programming. Think extravagant sets, vivid lights, and an exhilarating playlist.

Two years ago, there was little possibility of a physical fashion show due to travel bans, safety concerns and closed borders worldwide. Fashion’s cognoscenti worked their way around the unprecedented phenomenon by attending fashion shows virtually, leaving many to wonder if that was the new normal. However, as restrictions gradually eased, shows began to make an assertive comeback.

Needless to say, each brand pulls out all the stops in the vein of expansive venues and extraordinary sets. Previous years saw Chanel’s autumn/winter 2019 show amid a panoramic alpine backdrop. Dior’s spring/summer 2022 runway also made headlines for its board game concept, accompanied with disco lights.

This year proves no different. Just last week, Chanel continued its momentum of spectacular visuals with its exciting cruise 2023 show presented at the Hotel Monte-Carlo Beach with stars such as G-Dragon and Tilda Swinton in attendance. The week before saw Dior’s fall 2022 hosted in Seoul.

Ready to get back in the swing of travelling in the name of fashion? Below, the upcoming destination fashion shows to look forward to, from Valentino and Louis Vuitton to Balenciaga and Gucci.

Louis Vuitton has been known to stage their runway shows at some of the world’s most remarkable settings. From the Miho Museum in Japan to the TWA Flight Center by Eero Saarinen at John F Kennedy airport, trust the maison to source the most jaw-dropping locations.

For their cruise 2023 collection on 12 May, the maison has chosen the Salk Institute in La Jolla, San Diego County, California which reflects a source of inspiration for artistic director Nicolas Ghesquière. According to him, the location’s grand architecture and scientific interest mirrors both the craftsmanship and futuristic silhouettes of the upcoming collection. What better location than one of the most significant architectural sites in the United States—the Salk—to play host to one of the biggest fashion names of all time?

The Salk is also an independent non-profit research institute for scientists to make life-changing discoveries across fields of ageing, cancer, neuroscience, climate change, immunology and areas that expand beyond global health and wellbeing. Ghesquière describes the Salk to be a celebration of “intelligence, knowledge and the belief in the power of science”, which appeals to the house’s pillars. In due time, fashion enthusiasts can look forward to an expansive central courtyard that integrates over 410,000 square feet of concrete overlooking nature, sky and sea.

Gucci has always had an affinity for incredible, historical locations, so it comes with no surprise that Alessandro Michele has chosen Castel Del Monte to showcase its spring/summer 2023 collection on 16 May. Since 1996, the castle that prides itself as a stronghold mediaeval military architecture has been protected as a World Heritage Site. Visitors will be immediately charmed by its unique geometric design and the sweeping views of the Puglia countryside that endlessly surround the castle.

Castel Del Monte’s setting has also been unchanged and stands 540 metres above sea level. While its original octagonal form and interior design have been retained, traces of decay and decorative marble have since been removed. Even so, the castle’s bare interior highlights its integrity; similar to Gucci’s commitment as a house to effectively promote cultural and artistic heritage as authentically as possible.

Dior has earmarked 19 May to unveil the men’s spring 2023 collection in Los Angeles. For the uninitiated, America was the first country to succumb to Dior’s “New Look”. This was a celebration of ultra-femininity and opulence after years of military and civilian uniforms. As such, the iconic collection has remained archival to the brand but most importantly, has cemented Dior’s reputation as a skilled couturier.

Last December, the maison’s menswear collection titled On The Road was a homage to author Jack Kerouac. It was that instance creative director Kim Jones found Kerouac’s zeitgeist musings to be a parallel to the evolution of house of Christian Dior, especially during a time when the maison was inspiring wearers to be revolutionary in their style. Safe to say, there is plenty to look forward to Dior’s upcoming show.

Balenciaga heads to the concrete jungle on 22 May for its highly anticipated 2023 spring runway collection.

Given its last autumn/winter 2022 show in Paris that had their models making a powerful sociopolitical statement whilst walking in violent weather, Balenciaga’s next show is expected to be equally impactful. The previous collection was an ode to his own memory of being displaced in Odessa. To him, it was also a heart-wrenching tribute to the Ukrainian refugees fleeing their country amid Russia’s invasion.

Additionally, Demna’s Instagram touches upon discrimination and daily musings—especially how one time he was judged solely on his attire. But to Balenciaga, it is a rich amalgamation of stories, identities and struggles that translate brilliantly into its clothes, collection after collection.

Dior’s venue for its cruise 2023 collection on 16 June is the southern Spanish city of Seville, located specifically at the Plaza de España. Reflecting the brand’s penchant for places steeped in history and grandeur, the plaza mixes the Baroque Revival, Renaissance Revival and Moorish Revival styles of architecture.

Historically, Dior and Spain, and more specifically Andalusia, have ties forged as early as the 1950s. It is also anticipated that creative director Maria Grazia Chiuri will continue collaborating with the local artisans of Spain, just like how she has done previously in Greece with local designers that gave rise to the Greek-inspired 2022 cruise collection.

Italian brand Max Mara has also been revealed to grace Lisbon, Portugal for the brand’s resort 2023 collection on 28 June, although its specific venue remains undisclosed.

For Max Mara, Italy was a key source of inspiration for creative director Ian Griffiths. Their cruise 2021 collection took place in the intimate and private Ischia, with no more than 80 attendees to keep within COVID-19 safety protocols. Even so, guests witnessed the collection in the striking Hotel Mezzatorre that overlooked the Gulf of Naples. This time round, its upcoming show might just be as romantic as Lisbon itself.

Valentino’s haute couture 2022 show on 8 July will be based in the heart of Milan, specifically in Piazza Mignanelli and Trinità dei Monti. It is a return to where everything started for the renowned brand.  Creative Director Pierpaolo Piccioli also shared that Roma is the place where life, people, stories and identities intertwine, showing proof that it is the pulse of culture, history and fashion.

Organised in collaboration with Roma Capitale and the Advisor for Major Events, Tourism, Sports and Fashion, the event absorbs Rome’s architectural history and artistic marvels. It is also unique to the brand, for it is their first time showcasing their haute couture collection in Italy unlike in Paris, prior.

All eyes were on Pucci’s relaunch and first capsule collection designed by newly appointed creative director Camille Miceli on 29 April. This signalled the Florentine brand’s new chapter and strategy that is expertly linked to their origins and more resort-focused orientation.

Capri, as the show’s chosen location, revealed Pucci’s humble beginnings on the island when it launched its first store in 1951. From then on, the brand achieved continuous success when it started to dress celebrated personalities like Marilyn Monroe and Jackie Kennedy.

The Capri-chic launch saw 80-100 friends, clients and media taking part in a Pucci yoga class, a beach lunch, and a boat tour of the island’s famous Blue Grotto. Miceli also shared that the capsule collection consisted of “perfect garments with a touch of imperfection”. Overall, a mix of technical know-how and effortless flair mastered by the brand. 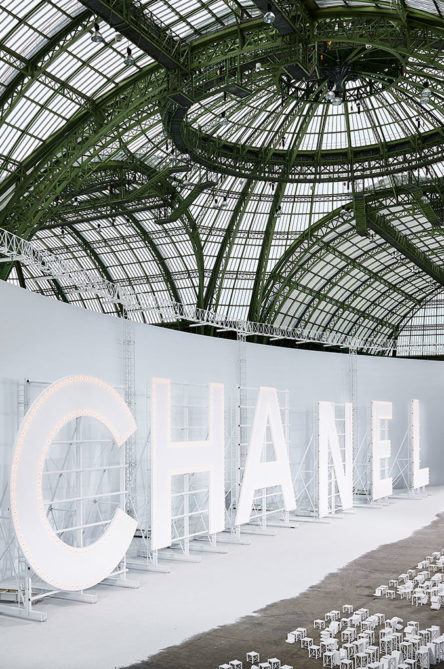 The best of Chanel's runway sets through the last decade 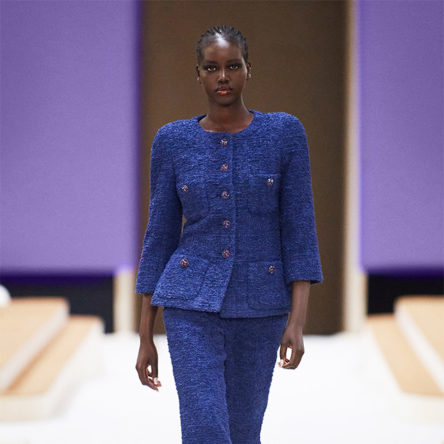 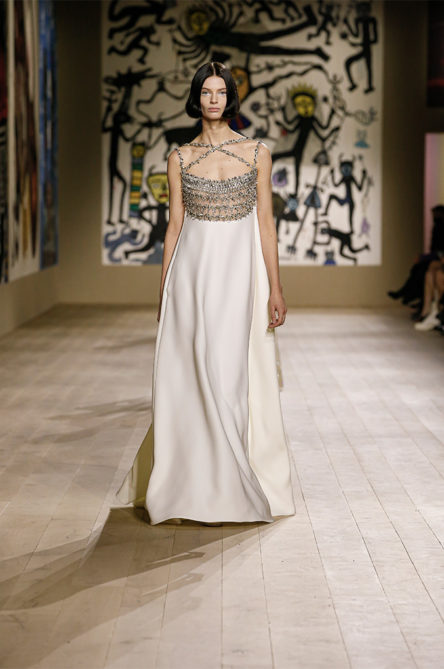 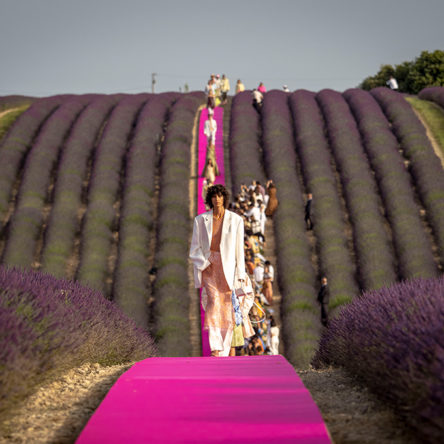