Between a planetarium and a private library lies the philosopher who examines the metaphysical by assembling a network of quotations. Such was the life of German-Jewish critic Walter Benjamin when he theorised constellation thinking, a concept that influenced creative director Alessandro Michele’s Cruise 2023 collection, Cosmogonie Gucci.

The inspiration behind this was Benjamin’s ability to “discover quotations from the depths of the sea” and bring them back “to the surface of the water as rare and precious pearls” by reassemblage. In his show notes, Michele wrote: “What can seem, at first sight, atomised and dispersed, like the stars in the sky, through Benjamin’s eyes becomes an assembly of complicity: a connective structure that lights up the darkness through the epiphany of a constellation.”

Fittingly, the Cruise 2023 collection takes its name after the French term for cosmology. Cosmogonie Gucci sees Michele fashioning an ode to Benjamin’s legacy, whose life and work came to an abrupt end at the height of Nazism after his library was confiscated by the Gestapo.

From one creative to another, Michele’s Cosmogonie Gucci takes a dramatic spin on Benjamin’s belief that the dialectical image is where the past and present come together to form a constellation. As with Michele’s flamboyant and romantic vision for the Italian luxury house, Cosmogonie Gucci offers an eclectic mix of elements that draw connections between time and space. Those familiar with the grandeur of Michele’s Gucci would know that the creative director has a penchant for tying in his collections with esoteric sites. Who can forget Cruise 2019’s staging at the picturesque ruins of Promenade des Alyscamps in Arles or the decadent antiquity of Rome’s Musei Capitolini for Cruise 2020?

“If any thinker was able to keep together things that were so distant in time and space, it was Walter Benjamin.”

Continuing this dialogue with mystical places, Michele unveiled Cosmogonie Gucci in a timely manner—just a day after a total lunar eclipse at the mediaeval citadel, Castel del Monte in Puglia, Italy. The location was a match made in heaven for his collection.

The 13th-century castle, built with mathematical precision and astronomical symbolism, was formerly used as an observatory under the rule of Holy Roman Emperor Frederick II.

The venue’s alchemy of classical, Islamic and Cistercian Gothic design styles reflected a unification of diverse cultural beliefs and civilisations, speaking directly to Michele’s wide range of inspirations for his ready-to-wear designs. Each of the 101 looks was an amalgamation of various time periods and iconographies, stylised in the creative director’s signature maximalist manner.

While seemingly incongruous at first sight, the outfits that Cosmogonie Gucci offer are made coherent when they are imagined as the wardrobe belonging to fantastical characters, who are straddled somewhere between the worlds of Studio 54 and an Arthurian legend.

Among the time-travelling looks, the most striking are those nuanced with clashing patterns and contrasting silhouettes that mirror the tensions in Benjamin’s writing. Take, for instance, Michele’s pairing of a neck ruff and a sparkling multicoloured lace dress, finished with studded gladiator sandals and a strawberry-shaped belt bag.

Monochromatic suits also align themselves with the cosmic theme by way of hypnotising leitmotifs, starry jewels and psychedelic prints. Meanwhile, the creative director’s grander celestial visions manifest themselves in twinkling ’70s-inspired frocks that play with light and boast thousands of hand-sewn embellishments.

The biggest charm of Cosmogonie Gucci? Michele’s masterful hand at transfiguration, powered by his whimsical imagination. For those who prefer bold sartorial statements, the collection serves up a feast of unique pieces. Sheer négligées are elongated into spangled dresses and capes that exalt the body. Ballet flats in black leather are stripped of feminine associations and elevated with thick laces and gold hardware. Everyday wardrobe staples like lace-up boots are raised to thigh-high lengths and come in a variety of colour-ways. Gladiator sandals also get a new face with bondage-style buckle straps.

In the realm of accessories, you can count on ardent jewellery fanatic Michele to conjure up decorative pieces and unexpected paraphernalia. Think berets with face-framing chains, latex opera gloves and two-tone floppy hats. Always the eye-catching feature of a Gucci collection, the adornments in Cosmogonie Gucci boast opulent glamour: bejewelled tiaras, nose chains and necklaces bearing miniature paintings. Most strikingly, Michele’s collection featured Byzantine-style headdresses with geometric pendants that recall the crown worn by Constance of Aragon, the wife of Frederick II.

“The biggest charm of Cosmogonie Gucci? Michele’s masterful hand at transfiguration, powered by his whimsical imagination.”

Off the runway, bags take centre stage. Making a return are cult favourites like the Dionysus, Gucci Blondie and Gucci Bamboo that are updated with glossy finishes and geometric prints. While Michele has a fondness for his signature Gucci designs and monogram canvas as seen in past collections, new creations are part of the equation for Cruise 2023. Exciting additions that make their debut this season are a top-handle gladstone bag, minaudières featuring kiss-lock closures and wallets with bondage straps that double up as arm pouches.

Many months have passed since Michele revealed his vision of mediaeval splendour at Castel del Monte, but the kaleidoscopic wonder of Cosmogonie Gucci never ceases to work its magic. Perhaps he opened a stargate under the auspices of a full moon or he’s making us wish our wardrobes could become a cabinet of curiosities. But if there’s one thing that Alessandro Michele beckons us to do with Cosmogonie Gucci, it’s to be an eclectic thinker like Walter Benjamin who can illuminate invisible connections and create beauty out of disorder—no matter how unorthodox it may be. 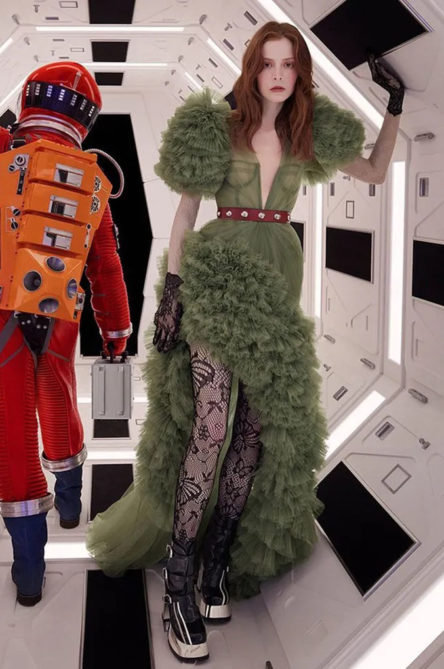 “It was almost like working on an actual movie”: Cinephile Alessandro Michele on recreating Stanley Kubrick classics for his Exquisite Gucci campaign 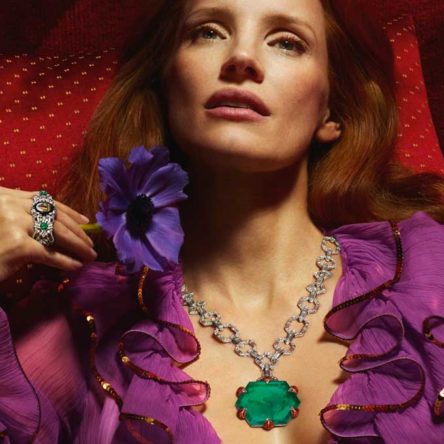 "I don't care where an idea comes from. I want to play with it like a kid:" Alessandro Michele's maximalist style writs large in high jewellery 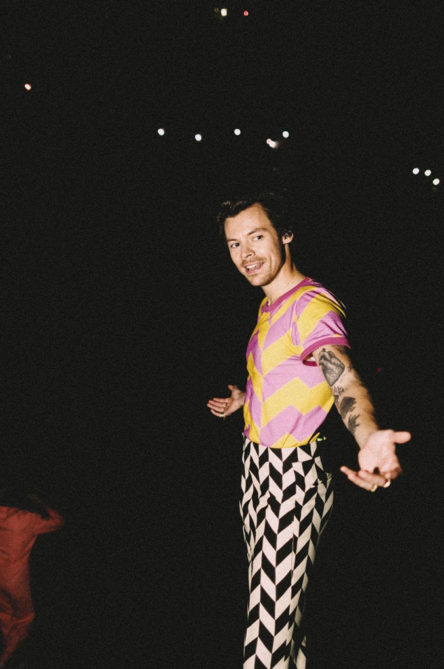 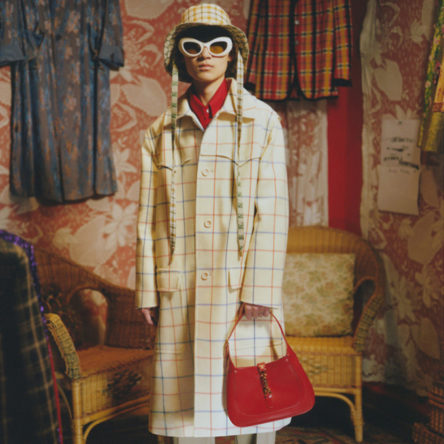