“We were never on stand-by,” Sarah Andelman remembers of running her legendary Parisian boutique Colette. “We were always in action and excited to look for another adventure and the next fabulous thing to share in our windows.” For two decades, Colette reigned supreme as the original concept store, garnering a global following and marking itself as the coolest one-stop destination for all things fashionable from the moment it opened its doors in 1997.

Co-founded by Andelman and her mother Colette Rousseau—after whom the store was named—the duo created a space that broke down the barriers between fashion, design, art and food. It also spawned hundreds of surprising collaborations with everyone from McDonald’s to Mattel, mixing luxury designers with streetwear, fine art and fast food, as well as hosting countless performances, shows and installations. Notable moments included a Chanel pop-up in a former garage, complete with handbag customisation and nail bars; a premiere of Kim Jones’s AW15 collection for Louis Vuitton, and Balenciaga’s full takeover of the space in 2017 (the first brand to do so) with its Bernie Sanders-inspired merch. And, who could forget the infamous Water Bar in the basement, with its array of drinks from across the globe.

Located at 213 Rue Saint-Honoré, Colette became known for its indelible Pantone 293C, or Colette blue, across its products and interiors. “I buy everything there. It’s the only shop where I go because they have things no one else has,” Karl Lagerfeld is reported to have said. So, when it was announced that Colette would shut in December 2017, its loyal following mourned the end of an era for fashion.

Fast forward to 2020, it comes as no surprise that a film about the store called Colette, Mon Amour will be released on 20 December. (A final product drop happened on 14 December and featured exclusive collaborations with Thom Browne, Saint Laurent, and Lego to name a few.) Directed by Hugues Lawson-Body, the documentary delves into the history of Colette and captures its final days, with guest appearances from Kanye West, Virgil Abloh, and Pharrell Williams, who share experiences and discuss the cultural impact of the store.

Here, Colette’s creative director and co-founder Sarah Andelman reflects on her years at the iconic Parisian store and reveals what we can expect from the new documentary, Colette, Mon Amour.

What inspired you to launch Colette with your mother in 1997, when highly curated concept shops were something of an anomaly?
Products that we loved to find in New York, London and Tokyo could not be found in Paris, so we wanted to make this happen. Also, the store space itself was big enough to unite fashion, design, art and the Water Bar—we fell in love with the light on the second floor the first time we visited it.

What was the original concept for Colette and how did this vision change over the years?
The concept never changed. We had the motto—‘Style, design, art and food’—when we opened. Until the end, the concept was to bring together everything we liked from all possible fields. What changed is that we did more and more special collaborations and events.

Why did Colette have such a massive impact on shopping, and the fashion and retail industry?
We would renew ourselves constantly. There were always new products to shop every week, every day. Also, the accessibility. We tried to speak directly to all our customers and to help them the best we could. And, of course, the curation!

Why was collaboration with designers and artists so important for Colette?
We were in a unique position because we were constantly working with interesting artists in such a wide variety of fields who might not ordinarily have had the opportunity to meet one another. We loved to have this dialogue, it was like ping-pong.

What were some of your favourite collaborative moments with artists and designers over the years?
It’s so difficult to choose as we’ve had so many wonderful collaborations, but I can think of Hermès on the Brides de Gala scarf, Chanel of course, Hello Kitty x Playboy which was so unexpected and fun, Nike Jordan and Adidas Stan Smith, and, of course, each of the final months with Thom Browne, Sacai, and Balenciaga. I also loved the Pharrell [Williams] macarons with Ladurée and the blue burger with Blend.

What were some of your favourite live performances at the store?
Travis Scott at our last party, Ibeyi, our friends Pedro Winter and Michel Gaubert of course, and I remember a crazy concert with Jacques, Papooz, Cassius back in 2016 for the Fête de la Musique.

How did Colette, Mon Amour come to be?
We had no idea this documentary would come out! [Director] Hugues Lawson-Body contacted us [and asked if he could] come to shoot the last days of Colette. It took him a year to edit all the footage he filmed at the shop with the clients, the team and the partners. He did nearly 100 interviews, he also travelled to Japan and the US for the movie.

Without giving too much away, what are you most excited about for people to experience through the documentary?
It’s very special to watch it now. With everything that’s happened in 2020, Colette looks like it was a long time ago. I’m happy people will feel the energy, the freedom we had, and the unique team behind it all.

What advice would you give someone who is planning to go into the business of retail?
Be curious, be authentic, and always follow your instinct.

What do you hope for the future of the fashion and retail industry?
Sustainability, which seems to be a priority for everybody and that gives me lots of hope.

Colette, Mon Amour is out on 20 December on colettemonamour.com 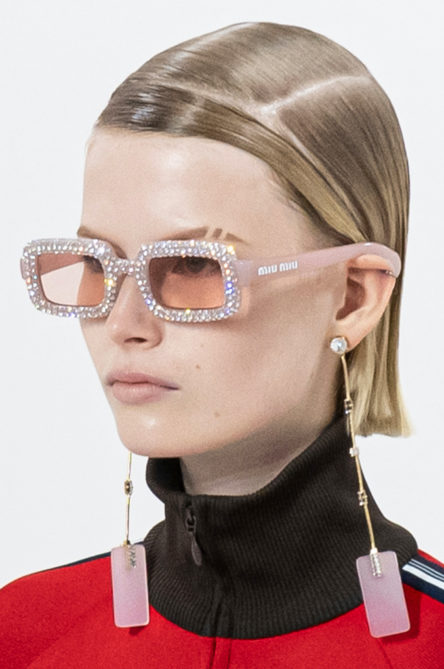