In the spring of 2020, during France’s first COVID-19 lockdown, when we were only allowed to leave the house for urgent reasons or to exercise close to home, I began to take brisk daily walks along the Seine. I live close to the river, and in those strange weeks, when Europe’s borders were closed and the city grew uncannily quiet, the Seine became my touchstone, a vital source of energy and calm.

Although I had walked its banks countless times, the lockdown compelled me to observe my surroundings anew. Once, near the Île Saint-Louis, I spotted a swan gliding through waters now free of barges and Bateaux Mouches. I noticed a weather vane set atop a rooftop, statues in alcoves on the façade of the Louvre, plaques to heroes of the Resistance.

Paris has come back to life now, but I was reminded of those moments when I peered down on the Seine on a sunny day this summer from behind the thick glass windows of the Cheval Blanc Paris. The hotel, which opened this fall, is LVMH’s first five-star accommodation in the city, and a cornerstone of the conglomerate’s epic, at times contentious, 16-year restoration of Paris’s historic La Samaritaine department-store complex. A 19th-century temple of commerce, where the bourgeoisie could buy everything from ready-made clothes to children’s toys, La Samaritaine has been brought back to its Belle Époque glory, with tiers of wrought-iron balconies around a soaring, glass-ceilinged atrium. It now features LVMH lines and other labels, including Bottega Veneta, Prada, and Chloé. The façade along the Rue de Rivoli is encased in futuristic, undulating glass, designed by the Japanese architecture firm SANAA.

“For me, the Cheval Blanc is a place to stay, but it’s also a place where every single element is something that you have to pay attention to”

The Cheval Blanc occupies the south side of the compound, in a proud Art Deco building distinct from La Samaritaine and overlooking the Pont Neuf—the oldest bridge in Paris, inaugurated in 1607 by Henri IV. With only 72 rooms and suites on 10 floors, this hotel is a plush cocoon, a bastion of quiet and of privacy, designed by Peter Marino to be a symphony of beige and white with flashes of gold. The feel is 1930s meets 1970s, cool elegance with a bit of grooviness. The furniture, lighting, and decor is a mix from French artists and global creators. To dominate the lobby, the hotel commissioned two giant, colorful photo assemblages by Brazilian-American artist Vik Muniz. On another wall is a large blue abstract canvas by the French artist Georges Mathieu, from 1978, while colorful lithographs by Sonia Delaunay line the hallways of the upper floors. On the top of the hotel is the two-story “Quintessence Suite,” a 7,000-square-foot personal palace that comes with its own swimming pool. “I wanted everything to be new and unexpected,” Marino tells me. “Looking like it could have never been seen before. Elegant, austere, unique.”

What does it take to open a new hotel in a city still reemerging from a pandemic that hasn’t yet abated? For one, a belief that visitors seek an experience as much as a destination. And a belief they will leave the Golden Triangle of the 8th arrondissement, home to Paris’s other five-star hotels. When LVMH acquired a majority stake in the somewhat run-down Samaritaine complex in 2001 (and then closed it for safety reasons in 2005), this part of the city wasn’t at all chic. Today, it’s the kind of area where well-heeled Bobos sip Aperol Spritzes at Eataly and concept stores are replacing wholesale ones. In 2016, the brutalist underground mall that in the 1970s replaced Paris’s beloved Liberty-style food market, Les Halles, was fitted out with a giant sweep of glass roof. Nearby is the Bourse de Commerce, whose gorgeous renovation by Tadao Ando now showcases a rotation of works from the contemporary art collection of François Pinault. Most importantly, Anne Hidalgo, Paris’s farsighted mayor, has in recent years closed some of the banks of the Seine to car traffic, including the ones just beneath the Cheval Blanc.

It is into this new landscape that the Cheval Blanc arrives, a bit aloof from the outside, spectacular on the inside. “We will be one of the key elements of the new Paris,” Olivier Lefebvre, the CEO of Cheval Blanc, tells me over espressos at Plénitude, one of the hotel’s four restaurants. (Other dining spots in the hotel include Limbar, a ground-floor brasserie with ornate wood-­inlaid floors, 1970s-era chandeliers, and red leather upholstery; and Langosteria, a Milanese restaurant.) Here at Plénitude a mirrored door hides a cheese cabinet, stocked with plates once sold at La Samaritaine, and in the wine cellar—where the French artist Etienne Moyat used a chainsaw to carve swirling patterns in the dark wood ceiling—a magnum of Dom Pérignon is displayed in a glass vitrine.

I ask Lefebvre how the Cheval Blanc compares to other five-star hotels in Paris. “We are French,” he says, a whiff of national pride in his voice. The Cheval Blanc, Lefebvre explains, is intended “to promote the French art de vivre.” The suites have plush carpeting, elegant dressing areas, perfect linens. Some have balconies and deep bathtubs with a view of the Seine. Its concierge services include tours of hidden corners of Montmartre; private visits with Parisian jewelers, accessories makers, and plumassiers (feather specialists); and a “gentlemen’s day” that includes a trip to the barber. “For me, the Cheval Blanc is a place to stay,” says Guillaume Henry, the artistic director of the fashion house Patou, who designed the staff uniforms. “But it’s also a place where every single element is something that you have to pay attention to. We haven’t seen that in a very long time.”

The Cheval Blanc experience, I discover, as I am guided through the hotel, includes an underground Dior spa offering massages with enticing names—“fundamental energy,” “sublime harmony”—as well as facials and microabrasion treatments. Even more enticing, there’s a swimming pool at Seine level decorated with swirling waves of blue and green mosaic tiles. It sits in a room whose back wall is covered in screens projecting the undulations of the Seine, a video installation by Franco-­Israeli artist Yorame Mevorach, who works under the name of Oyoram. The aquatic theme relates not just to the hotel’s location but also to its past: La Samaritaine takes its name from a pump house decorated with images of the biblical parable of Jesus and the Samaritan woman.

From the Seine below to the skies above, the hotel’s location in the heart of Paris is a key part of its identity. The views “were a central concept for the design,” Marino tells me. Back aboveground, as I stood on the balcony of one of the suites, the sky was blue with tufts of clouds. I could see Notre-Dame, encased in scaffolding—still damaged after a devastating 2019 fire—the Eiffel Tower, the golden dome of Les Invalides rising like a Fabergé egg. Below, flowed the greenish brown Seine. I thought to myself: Is there a more perfect urban river? Soothing, practical, beautiful, it flows gently through the city. To have this river in easy reach is very heaven.

This story was originally published on vogue.com. 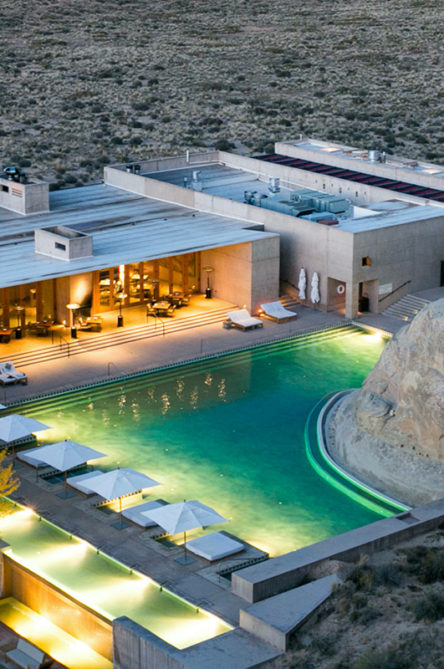 Take a dip in the world's most incredible hotel pools 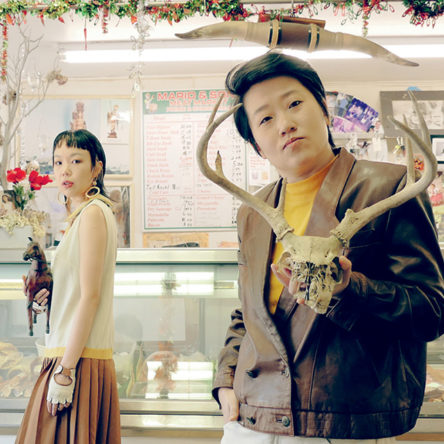 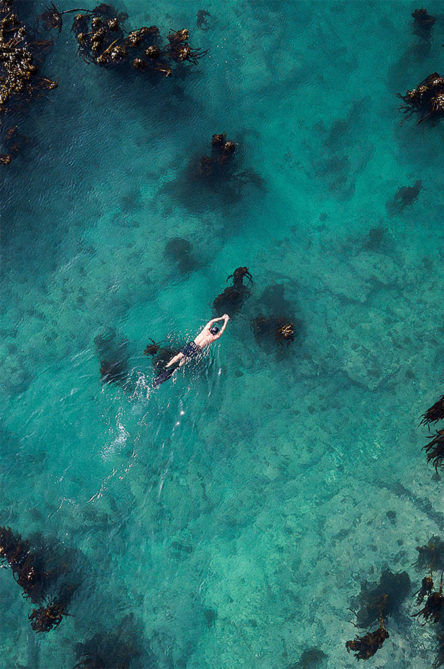 If you are after a wellness staycation, here is the one to book

A case for better sleep: We round up the essentials for your bedtime routine

City Guide: Less is more in the White City