The Met Gala looked a little different two years ago, but it’s back on this year with attendees sure to pull out all the stops. Throughout the years, the star-studded event has been the site of some unforgettable celebrity moments—from Lady Gaga’s elaborate striptease to Rihanna’s riveting performance on top of a dinner table. And who could forget when Taylor Swift and Tom Hiddleston were first caught dancing flirtatiously with each other, kindling the Hiddleswift phenomenon? Take a walk down memory lane with this list of the craziest celebrity moments.

There are, quite simply, no words for the performance Lady Gaga put on at the 2019 Met Gala. The actress and singer showed up in a fuschia Brandon Maxwell cape gown with a 25-foot train, taking off layer after layer until she was writhing on the steps of the Met in lingerie, fishnets, and sky-high heels. Nobody does it better!

Billy Porter gets carried in on a litter, 2019

Billy Porter set a new standard: How else would one enter the Met Gala if not carried in by six shirtless men? Things only got more jaw-dropping from there, as the Pose star showed off a custom “Sun God” ensemble by The Blonds, which included a bejeweled catsuit outfitted with 10-foot wings, a 24-karat gold headpiece, as well as custom gold-leaf Giuseppe Zanotti shoes and fine jewels by Andreoli, John Hardy, and Oscar Heyman.

Jared Leto accessorizes with his own head, 2019

Why stick to jewelry or watches when you can walk down the Met Gala carpet holding your own head as the ultimate accessory? That’s exactly what Leto did in 2019, courtesy of Gucci (the severed heads first appeared on the fall 2018 runway), and it was both terrifying and impossible to look away from.

It was the moment nobody expected: rapper 2 Chainz proposed to partner Kesha Ward on the Met Gala red carpet. Getting down on one knee, he popped the question and Ward (thankfully) said yes, as the crowd of photographers snapped and cheered away. But not so fast: it appeared the couple was already married, so consider it more of a reaffirmation of their affection. Or an excuse for Ward to wear a new ring.

For 2018’s “Heavenly Bodies” theme, Katy Perry descended upon the Met wearing a custom Versace creation complete with angel wings. It was one of the night’s more meme-worthy ensembles—and the best part was that it needed an open-top vehicle to get here to the venue. Before the red carpet, the singer was spotted taking a casual drive on the Manhattan streets, her theatrical wings out for all normal pedestrians to see. She created a moment before the event even started.

Jaden Smith carries his own dreadlocks down the red carpet, 2017

Several weeks before attending the gala, Smith chopped off his bleached dreadlocks for an upcoming role in Life in a Year. The dreads found a second life, however, on the red carpet of the Met Gala—a one of a kind accessory, if you will. Smith’s hair caused quite a stir, but the 19-year-old actor kept his explanation vague: “I couldn’t bring my sister as a date, so I brought my hair.” Perhaps an homage to her earworm hit, “Whip My Hair”?

Lady Gaga surprises Donatella Versace with a birthday cake in 2016

The Italian designer spent her 61st birthday at the 2016 Met Gala. Her close friend Lady Gaga thankfully made sure it was a memorable one, surprising Donatella with a three-tired, gold-dipped cake emblazoned with the Versace logo.

Rihanna might have kicked off a meme bonanza at the 2015 Met Gala in her golden Guo Pei fur-trimmed dress, but her biggest moment of the evening was when she opened the performance of her song “Bitch Better Have My Money” on top of a guest’s dinner table.

Always one to stick to the rules, Hathaway proved she took the 2013 Met Gala theme, “Punk: Chaos to Couture,” quite seriously after she showed up on the red carpet sporting a surprise platinum pixie cut.

Hiddleswift is born during a dance-off in 2016

The very first sign of Taylor Swift and Tom Hiddleston’s summer romance happened at the 2016 Met Gala, where the pair was captured on camera flirtatiously shimmying at the Temple of Dendur.

You gotta give it to SJP: She never phones it in. The Philip Treacy headpiece she wore for the 2015 Met Gala, “China: Through the Looking Glass,” will always be remembered as the hat that launched a thousand memes.

Beyoncé hits the red carpet solo after Lemonade in 2016

After Beyoncé premiered her groundbreaking album Lemonade, the singer was subject to an endless amount of speculation, particularly regarding the state of her marriage to Jay Z. A week after the premiere, Queen Bey surprised everyone by appearing solo on the red carpet wearing a nude latex Givenchy number (cue the Internet jokes about whatever happened to “Becky with the good hair”).

It was their first time stepping out at the Met Gala as Mr. and Mrs. Clooney, and they certainly did not disappoint. George, in a black Armani tuxedo, looked like a happy newlywed, but it was Amal who ultimately stole the show in a custom-made John Galliano for Maison Margiela crimson leather dress.

Kanye West and Rihanna perform together on stage in 2009

Years before they took the Grammys stage together, Kanye and Rihanna performed at the 2009 Met Gala, lighting up the Temple of Dendur with an electric performance.

Kim Kardashian appears while pregnant with baby North in 2013

Sure, Kim Kardashian’s Givenchy dress for her first Met Gala wasn’t universally adored, but give her a break—it can’t be easy attending the fashion event of the year when you’re also eight months pregnant.

Long before A-Rod and J.Lo, there was Diddy and Jenny from the block.

Liv Tyler and Stella McCartney keep it casual in 1999

How do you know you’re really rock royalty? When you can show up to the Met Gala in DIY T-shirts.

Decades before her inimitable style became the focus of the Met’s 2001 exhibit “Jacqueline Kennedy: The White House Years—Selections from the John F. Kennedy Library and Museum,” our First Lady of Fashion attended the Met Gala as a guest, in 1979.

If Princess Di showed up to the Met Gala in 1996, does that mean there’s still hope of an appearance by Kate Middleton in the future?

At just 19 years old, Mary-Kate and Ashley Olsen debuted at their very first Met Gala in 2005. Needless to say, their style has greatly evolved since then, as the duo grew from tween darlings to industry powerhouses.

The ageless Supers first hit the scene in 1995

It’s hard to believe this photo of the original ’90s supermodels was taken over two decades ago. What makes it even better? They’re all still Met Gala mainstays. 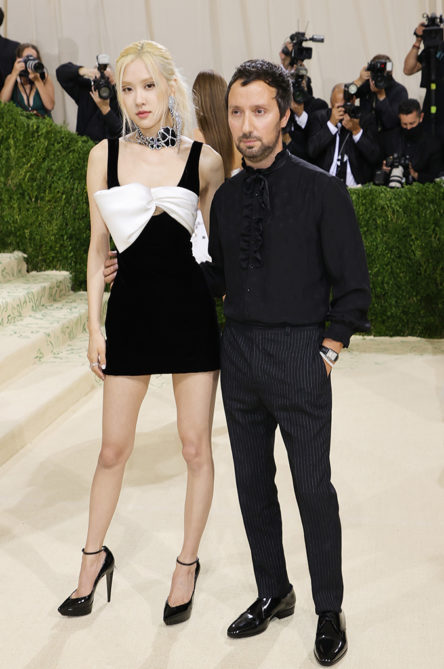 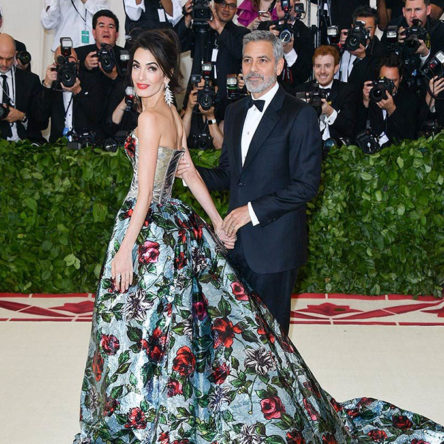 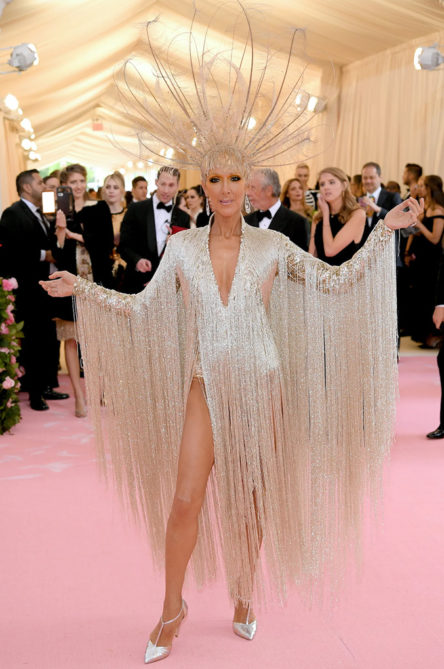 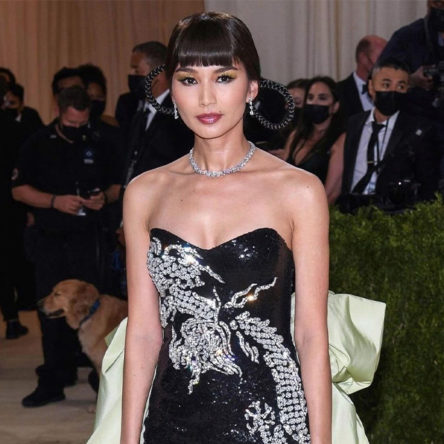 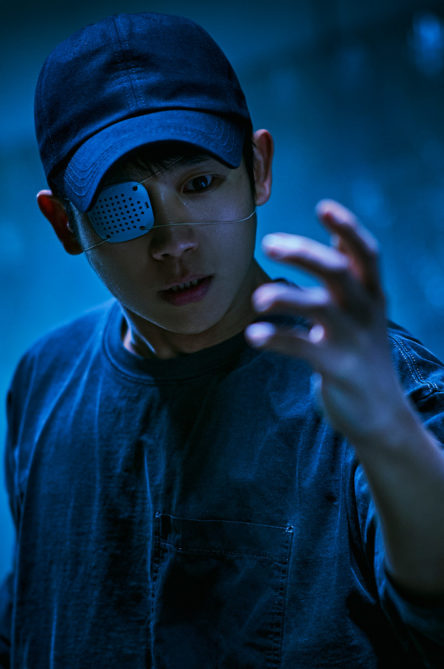 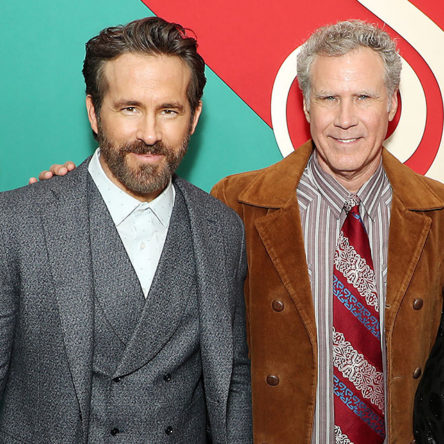