The vast—and at times, perplexing—appeal of the true crime genre has been discussed at length. Particularly so in recent times, with streaming platforms such as Netflix and Hulu capitalising upon real-life tragedies comprising fraud cases, deceitful political manoeuvring and grand larceny to churn out dramatised productions chronicling said experiences. In some cases, the entertainment industry has gone as far as to make it the foundation of which whole TV series are built (see: Only Murders in the Building), addressing the morbid fascination surrounding twisted crimes that have spawned a multitude of discourse as to the complexity of human nature. Yes, such transgressions are awful—but are we, the people consuming such content, equally as bad?

It’s puzzling, because the science behind it is clear: an overconsumption of such stories can be detrimental to one’s mental health, leading to heightened anxiety as well as paranoia. And yet, audiences remained hooked on such tales of misfortune and woe. To look at it from one end of the spectrum is to say that certain individuals delve comfort in the mishaps that have befallen others; a reassurance that awareness will prevent it from happening to themselves in the future. It can also be argued that we are simply curious as to how other real-life humans live, especially so if they operate on an entirely different set of morals and philosophies that we do. Then, there are those who look at it as a form of true justice, giving victims a platform to air their grievances and trauma.

Either way, there’s no reason or justification required of individuals when they decide to hit play on flicks detailing fraud cases and even at times, glamourising scammers. We trust that it is, of course, helped along by bountiful production budgets and a star-studded cast that ups it appeal, but just as with other genres in the market—it simply serves as a form of entertainment. And a pretty good one, at that. With that in mind, we’ve gathered the latest true crime-centred shows for your perusal, ranging from mass cover-ups by massive corporations to scams spanning decades.

The latest addition to Shonda Rimes’s burgeoning portfolio zooms in on “Instagram heiress”, Anna Sorokin, detailing the tactics behind her elaborate scheme that allowed her to rise up in the ranks amidst elite members of New York society—and con them of billions of dollars. The series plays fast and loose with certain details from the real-life scandal; a fact that is heavily established throughout its nine-episode run. It also covers the investigation that followed after Sorokin was caught, showcasing the efforts of investigative journalist, Vivian Kent, as she attempts to tell her side of the story.

Touted as the next true-crime retelling to be transfixed by, Bad Vegan is based upon the life of Sarma Melngailis; the restaurateur behind New York vegan hot spot Raw Food and Wine. Things take a turn after she meets and falls in love with Anthony Strangis; an enigmatic figure who promises to make her dreams come true—provided she follows through with a series of bizarre actions that involve meat suits, money laundering and more.

Dating horror stories take on a new slant in this documentary. The hour-long production turns its lens onto three women who were victims of a con-man who they met via Tinder, recounting the emotional and monetary damage he inflicted upon them—and how they retaliated, after.

Stream The Tinder Swindler on Netflix.

Amanda Seyfried plays Elizabeth Holmes in The Dropout; a limited-series based upon the real-life scam exacted by Holmes through her health tech company, Theranos, an American corporation that fleeced investors of billion of dollars after they claimed to have revolutionised and simplified blood-testing procedures. What follows includes years of lawsuits and sanctions that are still ongoing to this day.

Stream The Dropout on Hulu.

Directed by Chris Smith and co-produced by Jerry Media—that is, the social media agency responsible for the promotion and cover-up of said sham music festival—Fyre: The Greatest Party That Never Happened uncovers the months of incompetency and misdirection behind the undertaking that scammed thousands of luxury accommodations, food, and entertainment they were promised.

Stream Fyre: The Greatest Party That Never Happened on Netflix. 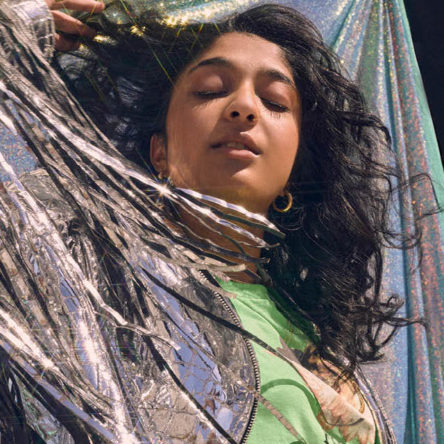