On Friday, Warner Brothers announced that its slew of movies planned to drop in 2021—17 flicks in total—will be available to stream immediately. Coordinating each movie’s arrival on HBO Max the same day it hits theatres, this move does away with the extensive lead time that often separates a movie’s departure from cinemas and its arrival to on-demand viewing. This will include such blockbuster titles as Dune, James Gunn’s The Suicide Squad, and The Matrix 4; it’s a big bet on where the movie business is heading next, and it points with great confidence to that future being largely about streaming.

Where does that leave Netflix? Though they didn’t get the Warner Brothers deal (and never would have, as WarnerMedia owns HBO), the streaming giant is teeing up for a mega finish to the year of its own. Earlier in 2020, as if precipitating the disaster of the months ahead, Netflix only snagged two of the 24 Oscar awards for which its films were nominated. Judging by this month’s lineup, the platform is still feeling that sting, and is planning a comeback that will utterly obliterate this record from everyone’s minds.

From feel-good movie musicals like The Prom, starring a rapping Meryl Streep, to a Japanese sci-fi based on a popular manga, Netflix is all about the big properties this month. And as the company gears up to collect a few dozen Oscar nods and double its spending on original content in Asia in 2021, it’s worth celebrating the platform and what it has brought us over the course of this monumentally harrowing year.

Wait, didn’t Orson Welles write Citizen Kane? Depending on who you ask, the answer may be about as clear as a shaken-up snowglobe. Though Welles and punch-up writer Herman J. Mankiewicz undoubtedly collaborated to some extent on the screenplay (they both won an Oscar for it in 1942), Mankiewicz’s shoddy contract explicitly denied him a badly-needed writing credit, and he died in obscurity in 1953. No one is quite sure how many of the film’s fingerprints belong to Welles versus Mankiewicz, but famed auteur David Fincher aims to put forward one theory, in the form of his new movie Mank. With a script penned by his late father, Fincher has brought on board Gary Oldman, Amanda Seyfried, Charles Dance, and Lily Collins to star in a glitzy 1930s picture about Mankiewicz and his race to finish his—his—draft of Citizen Kane.

An aimless, video-game-obsessed young man finds himself in a parallel version of Tokyo where he and two friends must compete in deadly games to live another day. The trio of slackers, armed only with boundless imaginations and atrophied survival instincts that are barely awakened in time to keep them out of trouble, are Ryōhei (Kento Yamazaki), Daikichi (Keita Machida), and Chōta (Yûki Morinag). After a mysterious power outage, they step out onto the street— and straight in Borderland, where their only guides are a set of cell phones that bark confusing clues from an unknown source. Pulled ever deeper into Borderlands and its sadistic games, the friends must listen carefully to escape and beat the world’s strange, megalomaniacal ruler.

Watch Alice in Borderland from 10 December

Meryl Streep. James Corden. Nicole Kidman. Andrew Rannells. Keegan Michael-Key. Kerry Washington. Directed by seemingly the hardest-working man in Hollywood, Ryan Murphy, The Prom is a spectacular, big-hearted musical based on the hit Broadway show of the same name. When two girls are barred from attending their high school prom together, a quartet of flamed-out stage stars looking to massage their public image back into fighting form descend upon the girls’ Indiana prom to… help. Once their cynical celebrity activism blows up in their faces, though, they might just be able to put aside their own self-absorption for long enough to rally and give the girls a night they’ll never forget. A celebration of what it means to be true to yourself, The Prom will be a perfectly wonderful, perfectly weird way to cap off this year.

Watch The Prom from 11 December

It’s Pretty Little Liars meets Black Swan in this new dance-centric series. When a deadly attack brings down the star student of an elite Chicago ballet school, her replacement enters a world of lies, betrayal, and cutthroat competition for coveted roles, where every dance is both friend and foe. Based on a young adult novel by Sona Charaipotra and Dhonielle Clayton, Tiny Pretty Things follows professional ballet dancer Kylie Jefferson as new student Neveah, who must adapt to survive in the web of dark secrets that tangles and threatens the academy at every step of the way.

If you watch nothing else this month, tune into this one for Chadwick Boseman. He and Viola Davis have been called “exhilarating,” “superb,” and “heartbreaking” in this movie, a “career best” for both of them. For Boseman, “heartbreaking” applies as much to the circumstances surrounding his performance as it does to the performance itself, as this is his final screen role after he sadly passed away after a long battle with colon cancer in August. An adaptation of the lauded August Wilson play, Ma Rainey’s Black Bottom sees Davis as the titular Ma Rainey, late to a recording session in 1920s Chicago. Boseman, as an ambitious trumpeter named Levee, spurs and provokes the rest of the musicians into storytelling and fighting as they wait impatiently for the legendary singer. There’s already awards buzz surrounding this one, and rightly so—director George C. Wolfe and producer Denzel Washington have found a unique, practically liquid way of translating Wilson’s theatrical images to the stage. The jazz is electric, the movie’s aesthetic pays homage to its stage roots, and the performances are second to none. Any questions?

Song Kang stars in this South Korean thriller-drama series, which sees him play loner Cha Hyun-Soo, thrust into the unlikely role of hero after people all around him begin turning into monsters. As he and the other residents of his building try to survive the seeming end of the world, Hyun-Soo must battle his inner demons and save his neighbours from a new threat to humanity. Song, who is best known for his star turn as a totally different kind of character in the romantic K-drama Love Alarm, emerges as a compelling leader and warrior over the course of ten dark and riveting episodes.

George Clooney is alone in the post-apocalypse. As Augustine, a lonely and sick scientist eking out an existence in the Arctic after an unnamed global catastrophe, Clooney must race to contact deep space astronaut Sully (Felicity Jones) and her crew, in order to stop them returning home to Earth. A nightmarish tale, epic in its proportions and intimate in its production, with an urgent message for today’s audiences, The Midnight Sky has Clooney as its absolute cornerstone. The powerhouse player is star, director, and producer, and has injected themes of isolation and human connection into every frame of this haunting film. A discomforting viewing experience in our current reality, The Midnight Sun is nevertheless an important ecological fable that asks all the right questions about where we’re going next.

Watch The Midnight Sky from 23 December

Another series this month with a Pretty Little Liars vibe, Bridgerton swaps bunheads for Bennets, melding its tone with a Pride and Prejudice time period and production design. A show out of Shondaland, Bridgerton follows Daphne Bridgerton (Phoebe Dyvenor), the eldest daughter of the powerful Bridgerton family. Her prospects are unrivalled, until an anonymously-penned high society scandal sheet written by the faceless Lady Whistledown casts all sorts of aspersions on Daphne and her family. Locked in a battle of wits with the quick-witted and rebellious Duke of Hastings (Regé-Jean Page), Daphne must navigate society’s expectations and fend off attacks from all sides. Bridgerton is a romantic scandal of a series, celebrating the timelessness of friendship, family, and a love that conquers all. 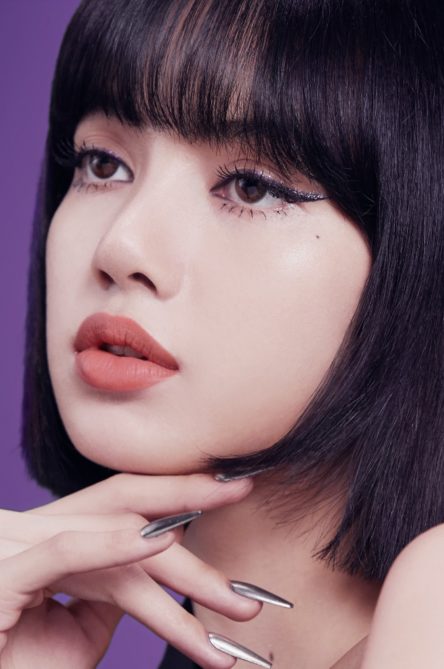 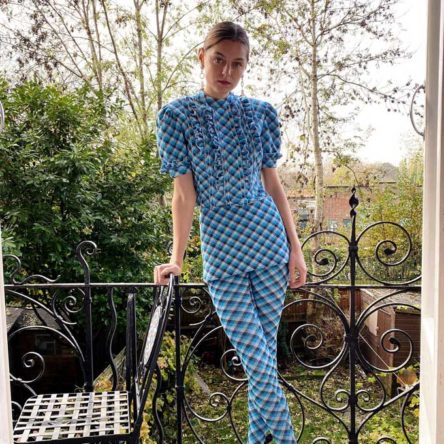