The month of August brings with it a spectacular line-up of on-screen entertainment meant for your viewing pleasure. As an abundance of highly-lauded adaptations and exhilarating thrillers take to the small screen, you might find yourself in a dilemma for what to hedge your precious time on. But not to worry on this front: Vogue Singapore has you covered with a careful curation of shows to hit play on—all made available on popular streaming platforms such as Netflix, Disney+ and Apple TV+ this month.

Our first pick from the list? The Sandman—the highly-anticipated adaptation of Neil Gaiman’s famed comic book series that took off in the late 80’s. In the realm of comics and graphic novels, Neil Gaiman’s prolific series had gained whole new hoards of fans for the way it upended an entire genre back in its day and the mere fact that it took this long for a well-made adaptation to follow through is almost surprising. But with the acclaimed writer himself acting as an executive producer behind-the-scenes, it seems like the fantastical world of Dream—the very lofty personification of all our dreams and aspirations—can finally assume his final form, as Tom Sturridge transforms into the immortal lord for the ten-episode run.

Further down on the list is Big Mouth—a South Korean thriller that boasts a star-studded cast of Lee Jong-Suk and YoonA. As the former makes his return to the small screen, it’s notable that he’s once again working with director Oh Chung-Hwan, who was responsible for the actor’s previous hit series While You Were Sleeping. The backdrop for Big Mouth is one of crime and politics: as Park Chang-Ho (Lee Jong-Suk) plays a seemingly incompetent lawyer who’s a victim to a whole load of bad luck, and being convicted for a con crime he did not commit seems to be just one of them. YoonA stars opposite him as his strong-willed wife and a nurse, Kim Joo-Hun as Mayor Choi and Kwak Dong-Yeon, as his fellow cellmate. With the director’s experience in combining multifarious themes and genres all at once, we can expect a gritty, high-stakes tale of betrayals and political conspiracies, alongside a tinge of endearing romance and newly formed bonds.

Others to consider this month? More from the comic book scene, as the Marvel Cinematic Universe takes its turn with its new kid on the block—She-Hulk: Attorney at Law. On the animation front, Lightyear shines bright and clear as Toy Story’s famed character, Buzz Lightyear, gets his own spin-off moment. The list is hardly short of South Korean dramas this month as Adamas joins Big Mouth on the list—perfect for anyone seeking out a mystery thrill ride.

Below, the full list of our top streaming picks this August.

Uncover the mystery of Adamas: where two twin brothers Ha Woosin and Song Suhyeon are thrown into the deep end of the shocking reveal that their birth father might have been the one responsible for their beloved stepfather’s death 22 years ago. Taking on both of the leading roles is Jisung, who will be playing the twins, one a mystery novelist and the other a prosecutor. Working together to uncover the past and clear their father’s name once and for all, they enter a dangerous world of betrayals and conniving plots that bring them closer to unravelling the secrets of a modern-day empire. Joined by a star-studded cast of Seo Jihye, Lee Sookyung and Heo Sungtae, the hunt for the real murderer and its surrounding conspiracies can be expected to be a heart-pounding and thrilling ride to embark on.

It’s not often you’re met with a legal drama that isn’t completely led by the serious nature of the profession. But with Netflix’s Partner Track? We’re met with one that’s got the overtures of a light-hearted, feel-good comedy and yet capable of asking after the obstacles that a first-generation Asian-American woman faces in a hyper-masculine backdrop of an elite law firm, Parsons Valentine. Arden Cho is Ingrid Yun, our narrative’s protagonist and the aspiring lawyer who’s well, climbing the partner track in the firm. Based on Helen Wan’s novel with the same name, the ten-episode adaptation takes us on a whirlwind journey through fast-paced New York City; a buried romantic past she once shared with one Jeff Murphy (Dominic Sherwood) resurfaces, workplace drama is abound and through it all, her best friends—in the vein of Rachel Friedman (Alexandra Turshen) and Tyler Robinson (Bradley Gibson)—remind her of the intangible moments of life she’s meant to cherish.

The Marvel Cinematic Universe (MCU) seems to be taking no breaks as of late—with Thor: Love & Thunder now showing in cinemas and the June release of Ms. Marvel. Next on the list: She-Hulk: Attorney at Law that’s set to be both action-packed and filled to the brim with comedic punchlines. Starring Tatiana Maslany as Jennifer Walters, cousin to Bruce Banner and by extension, the 30-something year old lawyer-turned-Hulk who assumes the primary role of our superhero show. Having her life upended by her sudden powers, the series seems to take an alternative approach to the grandeur of superhero narratives: of an already accomplished individual who would have gone down a very different path in life otherwise. How does the She-Hulk then seek to balance out this internal conflict within her? It’s a question the nine-episode series might hope to answer.

She-Hulk: Attorney at Law premieres on Disney+ on 18 August.

The fantastical world of Neil Gaiman’s supernatural comic book series truly comes to life in DC’s The Sandman, and from the trailer alone, the author’s hand in it shows. The visionary writer was heavily involved in the production process: ensuring that everything from Morpheus (Tom Sturridge)—dream lord and protagonist—to the strange, outer-worldly atmosphere of our episodic narrative would be faithfully adapted. The story follows Morpheus, an invincible Endless whose lifespan exceeds even that of the gods, after his escape from his crystal prison; where we bear witness to a revival of his powers and of course, his seemingly mortal-like tendencies of fallibility and emotions. It’s your verified snapshot of storybook fantasy: filled with mythical creatures, gothic imagery and heavy foreboding, yet underscored with swivels into melodrama and the human condition.

Watch The Sandman on Netflix from 5 August.

Never Have I Ever Season 3

Never Have I Ever is back for its third run—and we can expect this high school coming-of-age narrative to still deliver on the comic punchlines, gracious sense of cultural self-awareness and continuously bad life decisions on Devi’s end. The ending of season 2 was clear: Devi (Maitreyi Ramakrishnan) chose to date Paxton (Darren Barnet) instead of Ben, bringing the series’s love triangle to a close. This sets the scene for our third season; the Daxton ship has sailed and the two are navigating their newly-minted romance—but not without a standard insecurity or two. “Did we discover that being in a relationship doesn’t solve all of our problems?”says Dr Ryan, Devi’s psychologist, and it’s quite probably the quote of the day to bring the series home.

Watch Never Have I Ever season 3 on Netflix from 12 August.

Ready, jet-set: we’re heading to infinity and beyond once again. Lightyear is a spin-off from everyone’s favourite childhood franchise, Toy Story, with a focus on none other than Buzz Lightyear himself. In the Toy Story verse, this is the original film that kids like Andy ended up loving so much to want to own a figurine of. We follow Buzz as he hyper-launches into the galactica, and returns 62 years later only to meet the granddaughter of his old friend, Commander Hawthorne. Get ready for another fun whizzing adventure in space filled with humorous missions, Lightyear’s famed narrations, and more of his cat-in-crime, Sox.

Lightyear is set to screen on Disney+ on 3 August.

See through the obscure lens of Baba Voss, played by screen star Jason Momoa, as he reclaims his title of chief of the Alkenny Tribe in the third season of See, the post-apocalyptic fic created by Steven Knight, the man behind Peaky Blinders. Back for its third season, the show submits us into the scape of the blind: the dystopian world where humans have lost all ability to use their sense of sight—and any mention of it is considered heresy. We start one year after Baba had slashed Edo Voss (Dave Bautista), killing his brother and all-time nemesis. But as he embarks on his nomad journey, his peace gets disrupted as the pregnant Maghra (Hera Hilmar) seeks refuge with the tribe for giving birth to children who are able to see. Lauded for its careful attention to proper representation by featuring a diverse cast and crew who are ailed by visual impairment themselves, one can expect a riveting run of eight episodes to come.

“Everything bad that could have happened, has happened,” says Sharon Horgan, who plays one of five of Garvey Sisters, in the opening segment of the trailer to Apple TV+’s Bad Sisters. Taking on the remaining four sister roles central to the familial plot of this gloomy satire are Anne-Marie Duff, Eva Birthistle, Sarah Greene and Eve Hewson. Plagued by a seeming streak of bad luck and family tragedy following their parents’ premature death, the ten-episode series promises to be an epic blend of dark comedy, psychological thrill and high tension. The sisters are bound to one another by a promise to protect one another, but lurking between the flashbacks from the trailer are subtle hints of murder, betrayal and secrets that might be better off left buried.

Bad Sisters will premiere on Apple TV+ on 19 August.

Making his highly-awaited return to the small screen since completing his military service is Lee Jong-Suk who takes on the role of Park Chang-Ho—an unfortunate lawyer who finds his continuous streak of bad luck leading him straight to prison, right alongside the murderers he was investigating. Framed for being the notorious conman who goes by the moniker “Big Mouse”, he finds himself in a position where he might have to properly assume the name and play the devil’s game should he wish to survive life behind bars and prove his innocence in the process. His co-star is none other than YoonA—the popular member of Girls’ Generation with screen credit of her own from leading roles in hit series The K2 and films like The Miracle and Exit. She plays Park’s loving and tenacious wife who attempts to clear his name whilst he’s stuck in prison. 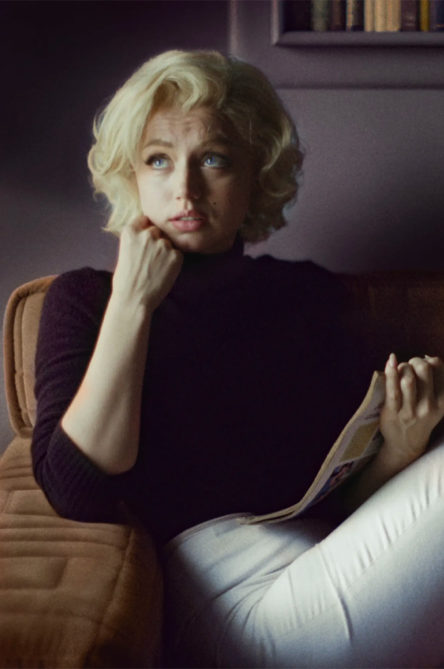 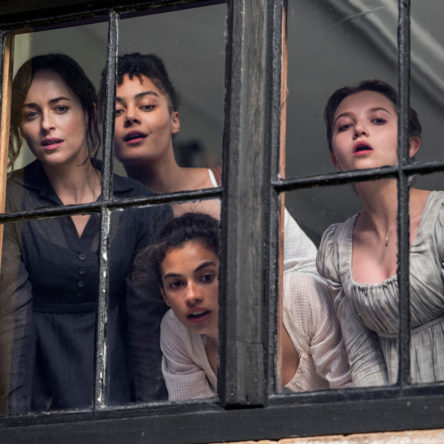 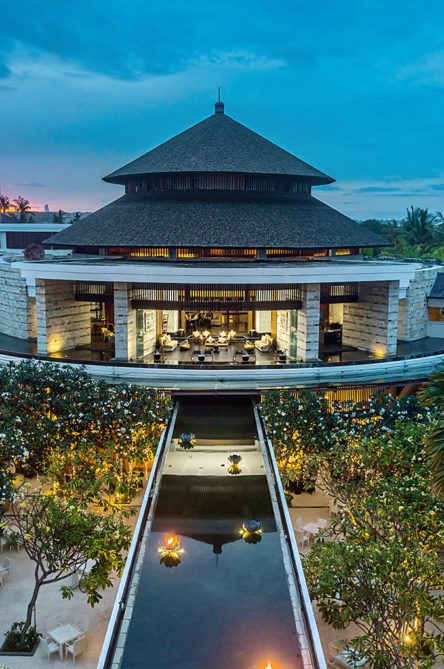