In the pantheon of ill-fated 20th-century blondes, Marilyn Monroe might be the only character more difficult to portray than Diana, Princess of Wales, so interest in Andrew Dominik’s adaptation of Joyce Carol Oates’s 2000 novel has been enormous from the start. Ahead of its much-delayed 2022 release on Netflix, here’s a summary of every major talking point about the film so far.

The trailer will send shivers down your spine

On 16 June, Netflix released the first teaser for Blonde, a minute-long preview filmed mostly in luminous black and white. It opens with a shot of Ana de Armas in character as Monroe, sobbing at her dressing table. Cue an ominous rendition of ‘Diamonds Are a Girl’s Best Friend’, blinding flashbulbs and a glimpse of the actor grinning coquettishly as her iconic white dress from The Seven Year Itch blows up in the breeze. We also see her arriving at a premiere, dancing in a scene from Gentlemen Prefer Blondes, and giggling at herself in the mirror, the resemblance between Armas and the ’50s starlet suddenly uncanny. The trailer was also accompanied by a release date: 23 September.

A second trailer followed on 28 July. It opens with a man knocking on the door of Monroe’s dressing room as she composes herself, blowing a kiss into her mirror. Then we see her arriving at a glittering premiere to cheering crowds, before the camera cuts to Bobby Cannavale in character as her second husband, Joe DiMaggio. “How did you get your start?” he asks her. “What start?” she purrs. We suddenly go back in time, as Monroe walks hesitantly into an audition room only to be greeted by a cigar-smoking executive who appears to be on the verge of taking advantage of her. Back in the present, Monroe whispers, “I guess I was discovered.” Also of note? De Armas recreating the scene in Some Like It Hot when Monroe croons ‘I Wanna Be Loved by You’, and seemingly having a breakdown; Adrien Brody donning thick glasses to play her third husband, Arthur Miller; and one disturbing moment when a raging Monroe is shown crashing her car into a tree.

The novel Blonde begins as its protagonist is being shunted between foster homes and longing for her absent “Daddy”, and finishes with her rumoured assassination post-affair with JFK. Naturally, Monroe’s career as a Hollywood starlet is central to the plot, but her formative experiences are also covered in detail; Oates first started writing about Monroe’s life after identifying with a photograph of a 15-year-old Norma Jean Baker winning a beauty contest in California in 1941.

If Blonde takes its cues from Oates’s novel, it will be a little different from your average biopic

Oates has always stressed that Blonde is a fictionalised narrative inspired by Monroe’s life, using her story to probe the often toxic nature of American celebrity rather than providing a definitive account of Norma Jean’s 36 years. (Tellingly, Oates refers to Norma Jean as Norma Jean throughout the novel, a quirk Dominik carried over to his script.) Her 700-page volume includes characters that are wholly invented, while others are decidedly real, like Whitey, the make-up artist behind Monroe’s ivory skin and what Oates terms her “platinum cotton-candy head”, and Hollywood titan Billy Wilder, who directed Monroe in her two best-known films, The Seven Year Itch (1955) and Some Like It Hot (1959).

Even without the Oates connection, Blonde’s cast would be enough to generate Oscars buzz

Ana de Armas, who recently made her debut as a Bond girl, will be putting her bombshell credentials to good use in the lead role, while Mare of Easttown’s Julianne Nicholson will appear as Monroe’s wildly erratic mother, Gladys. In terms of love interests, Bobby Cannavale is “The Ex-Athlete” Joe DiMaggio, a Yankees star and Monroe’s husband for nine tumultuous months; Adrien Brody will play her third husband, Arthur Miller (The Playwright), who became the subject of an FBI investigation at the beginning of their relationship due to his perceived Communist ties; and Caspar Phillipson will take a turn as “The President”, a.k.a. John F. Kennedy, whom Monroe famously serenaded with ‘Happy Birthday, Mr. President’ months before her death.

Brad Pitt, who has a long-standing relationship with director Andrew Dominik, is one of Blonde’s producers

Given that every detail of Monroe’s life has been dissected since her 1962 death, Andrew Dominick—a director known for his arthouse productions—will likely present an avant-garde take on her story. The Australian auteur is best known for two collaborations with Brad Pitt: The Assassination of Jesse James by the Coward Robert Ford (2007), which saw Pitt play the Jesse James to Casey Affleck’s Robert Ford, and Killing Them Softly (2012), in which Pitt and James Gandolfini appear as a couple of mob-backed hitmen on a revenge quest in Boston. Both flopped spectacularly at the box office, but have since become cult hits, so the fact that Pitt has signed on to produce Blonde through his entertainment company, Plan B, is a real sign of his faith in Dominik’s talents.

Even if Blonde itself fails to win critical approval, it’s likely that Ana de Armas’s performance will win her some nods

The Cuban actor spent nine months training with a dialogue coach to perfect Monroe’s uniquely breathy voice, in addition to doing ADR sessions in which she re-recorded audio after seeing her footage. Jennifer Johnson, who dressed Margot Robbie for her transformation in I, Tonya, is responsible for the costumes, while an army of make-up artists helped de Armas morph into The Seven Year Itch icon. Images of de Armas from the set prove her three-and-a-half hours in the make-up chair every day were well-spent, with Oates praising her on Twitter in September, “An exquisite portrait of Marilyn Monroe by Ana de Armas and director Andrew Dominik; one without the others could perhaps not have worked this magic.”

The production has been hit by an inordinate number of delays

And not just pandemic-related ones. Rumors of a Blonde adaptation have been floating around since at least 2010, with both Jessica Chastain and Naomi Watts in the running to play the Some Like It Hot star at various points. Now, the film has been delayed once again, with certain reports claiming that Dominik’s take on Monroe’s story has been deemed too graphic by Netflix execs, who announced the release date would be moving from 2021 to 2022 earlier this year. According to Variety, Cannes director Thierry Frémaux offered for Blonde to be screened out of competition at this year’s festival, only for Netflix to decline.

An NC-17 rating is likely part of the issue

One theory as to why Blonde has been delayed: its NC-17 rating as a result of its graphic sexual violence. Notably, Oates’s reimagining of Norma Jean’s life involves a diary-like chapter in which a 21-year-old Monroe goes for her first movie audition at a place referred to as The Studio, only for a producer, Mr. Z, to violently rape her. Later, she is told that she won the part off the back of her “audition”, and her career is effectively launched. “He was not a cruel man I believe but one accustomed to getting his way of course & surrounded by ‘little people’ there must be the temptation to be cruel,” Oates’s protagonist heartbreakingly says afterwards. David Warshofsky has been cast as Mr Z., and it’s likely that this scene will be recreated in full (the film’s second trailer gives us a brief glimpse of it).

Nick Cave and Warren Ellis have recorded the Blonde soundtrack

Dominik is a long-time friend of the Bad Seeds frontmen, having shot the 2016 documentary One More Time with Feeling about the making of Nick Cave’s Skeleton Tree album, which dealt with the loss of Cave’s 15-year-old son Arthur in a tragic accident. Cave and Warren Ellis recorded the score for Blonde in London, but further details about the music are being kept under wraps. 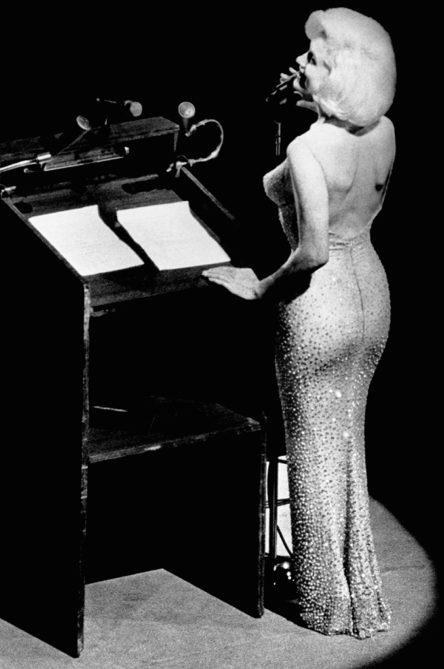 Is there a Singaporean equivalent of the Marilyn Monroe dress? 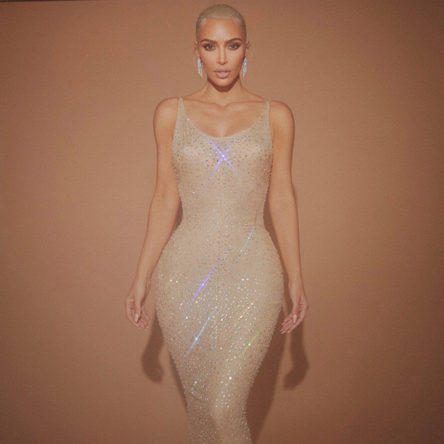 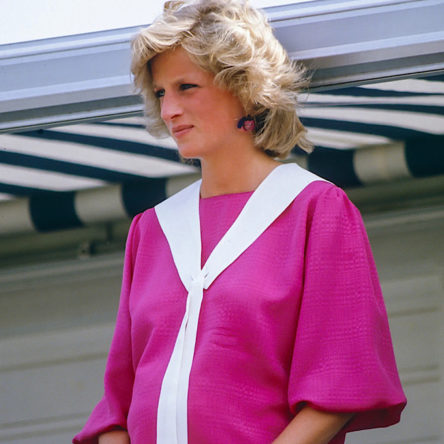 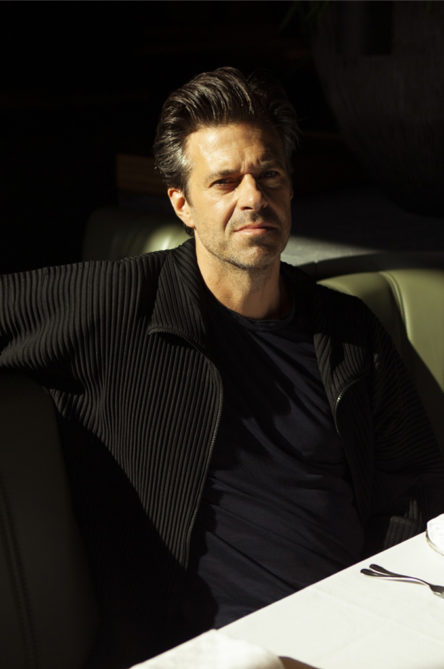 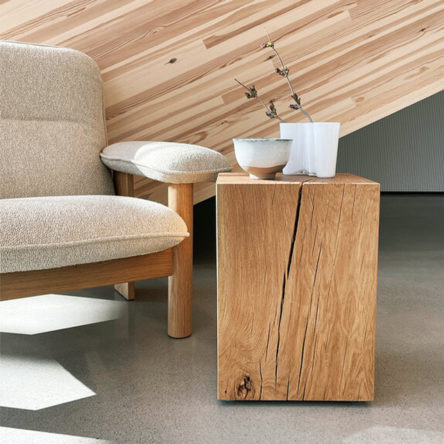