The heavens have inspired mankind ever since the ancient Egyptians worshipped Ra, god of the sun, and the Ancient Greeks believed the constellations were placed there by the gods. Now Van Cleef & Arpels turns to the skies for its latest high jewellery collection, Sous Les Étoiles, which combines age-old celestial motifs with the latest in 21st century astrophysics.

Always with a foot in the past and all things fantastical, the house’s designers immersed themselves in centuries of history, astrology and fairytales about the heavens to create a collection of more than 120 pieces. Inspiration came from places as diverse as Renaissance astronomer and astrologer Johannes Kepler to Camille Flammarion, the author of Popular Astronomy, a lavishly illustrated 1880 book that was a precursor to the 20th century obsession with sci-fi.

Last but not least, Van Cleef balanced out more poetic depictions of space with its own voyage of contemporary scientific discovery. It consulted eminent astrophysicists who are discovering that space is not simply a monochrome vision of what Nicolas Bos, Van Cleef & Arpels’s chief executive, describes as a “vast blackness with white lights of the stars,” but a never-ending kaleidoscope of hues. “We discovered that there is an incredible diversity of colour in distant constellations, galaxies and dust clouds—it’s an infinity of colours, reds, purples, greens and blues,” he says.

The collection reflects that journey with more traditional representations of celestial skies such as diamond stars against a sky of lapis lazuli, to an altogether more daring palette of gemstones that reflects scientific knowledge today. One necklace restricts itself to two colours, conjuring up the passage of Halley’s Comet across a starry sky using an exceptional 11.29 carat pear-cut fancy vivid yellow diamond in flight, its movement accentuated through slashes of yellow gold against a palette of white and yellow diamonds.

In another, a less conventional, more colourful combination of stones recreates the halo effect seen in space photography today with two-tone tanzanites, mauve sapphires and tsavorite garnets surrounding cabochon-cut lilac chalcedonies to evoke a Cepheid, a type of star that pulsates radially to mesmerising effect.

As always, Van Cleef’s legacy of 125 years of design and craftsmanship plays its role in the collection, with the sun, moon and stars popping up throughout its extensive archive. Bos says paying homage to its signatures at the same time as creating something new is a balancing act. “It’s a privilege and sometimes a burden to be an historic house with a strong identity. We must honour the past and at the same time enrich it,” he explains.

In one necklace, the apparently simple yet devilishly complex Mystery Set method of setting stones with no prongs or metal visible, which was first mastered by the house in the 1930s, evokes the speed of a comet flying through space in an apparently seamless row of sapphires. The 1960s penchant for textured gold, meanwhile, adds depth to a beautiful Saturn clip that recalls that period’s obsession with the prospect of landing on the moon. Van Cleef’s attention to detail elevates the piece beyond a flat and literal recreation of a planet to a sophisticated trompe l’oeil effect that lends depth and dimensionality to the piece. A planet of textured yellow gold is overlaid with white diamonds at different spacing to create a 3D effect, and surrounded by three further rings of diamonds, all distinct in their shape and setting technique. “You don’t need a logo to tell you it is ours,” says Bos.

The variety and extensiveness of the collection also tells you that this is no one other than Van Cleef & Arpels. Necklaces convert into clips, bracelets and chokers, secret watches reveal the time from beneath exceptional gemstones. Although four years in the making, the unveiling of the collection now is perfectly timed, as we all could do with looking beyond this world right now and losing ourselves in the heavens. 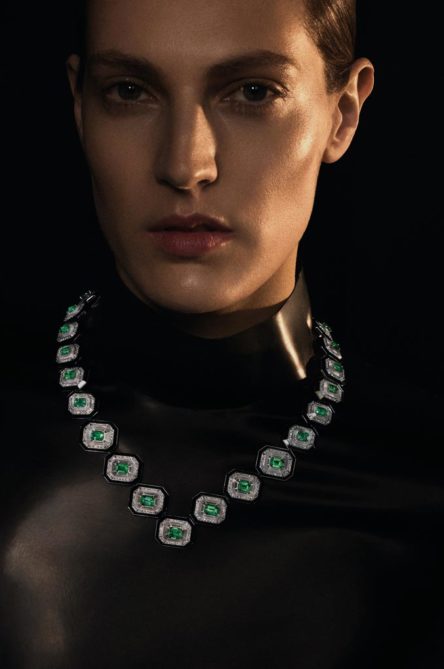 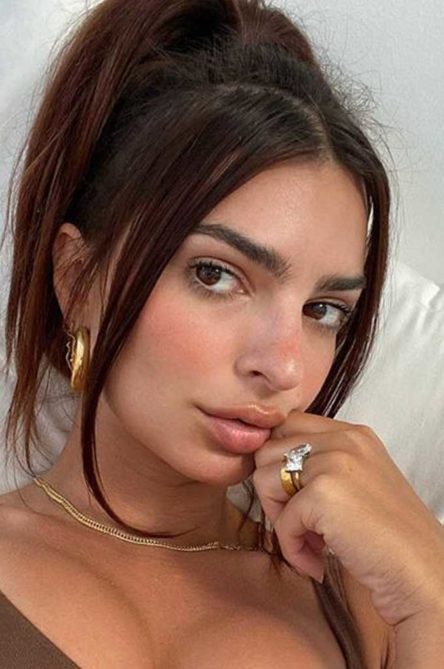