If there ever was a time where the next generation of young talent needed support from luxury brands, it’s now. Tod’s Group has partnered with London fashion institution Central Saint Martins (CSM) on an initiative involving its students—entitled Tod’s Legacy—to kick off London Fashion Week with the unveiling of a special project.

Working closely with Fabio Piras, course director of CSM’s prestigious MA fashion programme, 35 designers have taken part in the project via Tod’s Academy, a collaboration launched with the college in 2020. With scholarships provided by the group, as well as mentorship from industry heavyweights such as Irish designer Simone Rocha, gallerist Carla Sozzani and international editor at large for Vogue Hamish Bowles, students are given the opportunity to explore the Italian brand’s heritage through their personal lenses. “In addition to it being a great pleasure for us, I believe that it is the duty of all relevant companies of this world to help young creatives,” says Diego Della Valle, chairman of Tod’s Group.

Here, Vogue spoke to six students to find out more about their projects, how they’ve identified with the Tod’s brand and how it’s been applied to their practice, as well as their hopes for the future of fashion in an ever-changing world.

French designer Vivien Canadas describes himself as “a researcher where the garment is a medium of exploration”. Mentored by Vanity Fair Italia’s editor-in-chief Simone Marchetti and inspired by Italian culture as well as its sophisticated approach to gastronomy, Canadas creates sculptural and distinctly elegant pieces with a bit of humour.

Describe your project for Tod’s and what inspired it.
From cookbooks, I gathered elements that I turned into accessories. For example, the construction of a tortellini became the base for a bag.

What are your hopes for the future of fashion post-pandemic?
I hope fashion will reconnect with a more local way of producing. Reincorporating savoir faire into smaller production is an approach I would like to support.

London-based designer and multi-disciplinary artist Andrej Gronau has a penchant for the colourful and shiny, but with a raw DIY-edge. Mentored by Simone Rocha, Gronau takes inspiration from surrealist paintings by John Luke Eastman as well as punk icon Nina Hagen and his all-time favourite muse, musician Grimes.

What about the Tod’s brand do you identify with and how did you apply it to your practice?
Tod’s heritage shows that they are not scared of change, colour or material. It’s interesting when different worlds collide, so I pushed the possibilities even further while still staying true to the brand.

What was the biggest challenge in this project?
It can be really challenging to sort out what is right for the project and where you need to draw the line. Setting up timeframes helps.

What do you love most about CSM?
It’s not about making the most flawless pattern or being trendy—CSM is about who you are and who you want to be.

Describe your project and what inspired it.
Inspired in part by the heritage of the brand, and Mr Della Valle’s unique concept of luxury, which, to me, has a very jet-set and mid-century feel.

What about the Tod’s brand do you identify with and how did you apply it to your practice?
I applied Tod’s simplicity to this project by subverting it just enough to produce a range of products that would appeal to a wide variety of new customers.

What are your hopes for the future of fashion post-pandemic?
It’s my responsibility, and that of all my peers, to develop more sustainable personal practices, as well as working to reform an outdated supply chain.

Gucheol Jung, who goes by the name Lloyd, is a Korean designer who creates with nature and functionality in mind. Working closely with mentor and British Vogue style editor Gianluca Longo, Lloyd takes inspiration from photographs of holidays in Italy with his girlfriend and designs genderless hybrid pieces.

What about the Tod’s brand do you identify with and how did you apply it to your practice?
Tod’s and I have something in common: we really love Italy! Every year I go there for a holiday with my girlfriend, so I wanted to express my own Italy.

What was the biggest challenge in this project?
Developing design that incorporates photography was difficult, but I found a way.

What do you love most about CSM?
The freedom, of course!

Hailing from Loughborough, England, Ranura Edirisinghe is a designer with an instinct for colour and texture. With mentoring from gallerist Carla Sozzani, Edirisinghe explored fabrications in his project through an experimental mixture of material, resulting in modern pieces with layered, heat-bonded cellophane and sculptural knitted-nylon detailing.

Describe your project for Tod’s and what inspired it
I was inspired by the artistic town of Spoleto in Italy, American sculptor David Smith, and portraits by photographer Franco Lanteri. Materials were used in quite a spontaneous way.

What was the biggest challenge in this project and how did you overcome it?
The lack of access to materials and machines—I had to really improvise. Although a sense of urgency, in some ways, helped to create a more artisanal product.

What do you love most about CSM?
I love that everyone is obsessed with being here!

Chinese designer Chaney Manshu Diao considers his work avant garde with a minimalist approach. With a conceptual approach to design and craft, as well as mentorship from fashion journalist Angelo Flaccavento, the outcome of Diao’s project is not only artistic through its immaterialism, but also thought-provoking.

Describe your project for Tod’s and what inspired it
I was inspired by the heritage of the company. I then attempted to question the meaning of being classic through a contemporary dialogue.

What about the brand do you identify with and how did you apply it to your practice?
I played with variants of the Gommino shoe, which I chose as my focus. I started to repeat shoemaking gestures and looked for a spirit beyond its material form.

What are your hopes for the future of fashion post-pandemic?
I hope the next generation of designers are reflective, and that the whole system becomes more transparent. 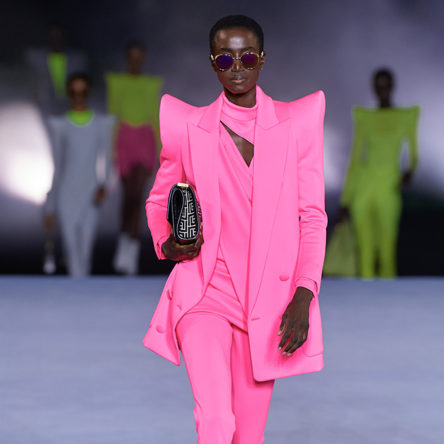 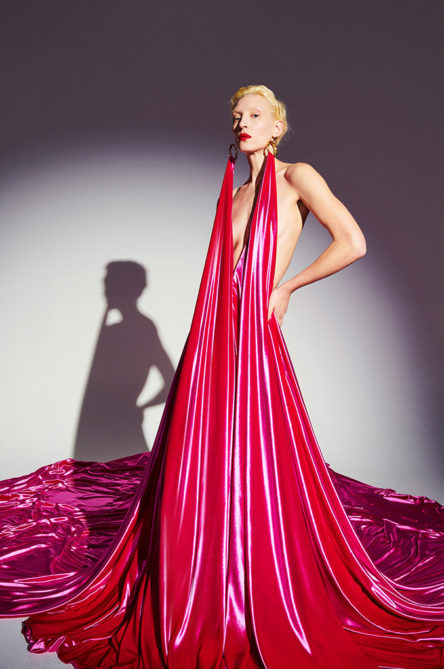 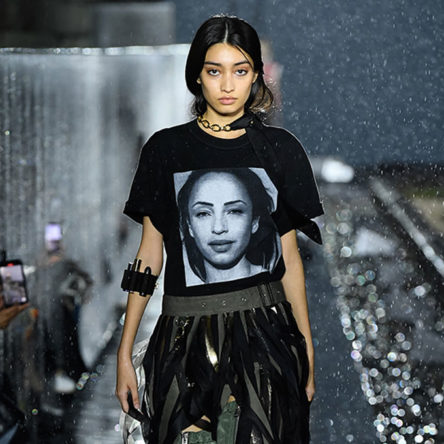