The next instalment of Netflix’s big-budget, awards-laden original series is expected to cover the early to mid 1990s, a period in which the marriage of Prince Charles and Diana, Princess of Wales, was rapidly disintegrating.

Is there a trailer for The Crown season 5?

Not quite yet, but Netflix did release a teaser for the series during its fan event, Tudum, on 24 September. The clip appears to show Diana (Elizabeth Debicki) getting ready for her controversial Panorama interview with the now-disgraced Martin Bashir in 1995, which is believed to take up a full episode in the series. Charles (Dominic West), meanwhile, is seen bracing himself for his own sit down with Jonathan Dimbleby in 1994, during which he famously confessed to adultery. Watch it in full below.

The first teaser for ‘THE CROWN’ Season 5 has been released.

The series releases on November 9 on Netflix. pic.twitter.com/vQrGU9pCRy

Who will play the Queen in The Crown season 5?

Imelda Staunton—best known for playing Dolores Umbridge in the Harry Potter series as well as her Oscar-nominated role in Vera Drake—will succeed Olivia Colman for season five. “I have loved watching The Crown from the very start,” Staunton said in a statement when her role was announced. “As an actor it was a joy to see how both Claire Foy and Olivia Colman brought something special and unique to [series creator] Peter Morgan’s scripts. I am genuinely honoured to be joining such an exceptional creative team and to be taking The Crown to its conclusion.”

Who else will be in The Crown season 5?

Elizabeth Debicki—who has had starring roles in Baz Luhrmann’s The Great Gatsby, Steve McQueen’s Widows and Christopher Nolan’s Tenet—will take over the role of Diana, Princess of Wales from Emma Corrin in season five of The Crown. “Princess Diana’s spirit, her words and her actions live in the hearts of so many. It is my true privilege and honour to be joining this masterful series, which has had me absolutely hooked from episode one,” the Australian actress said of the news in a post on The Crown’s Twitter page. Meanwhile, Dominic West will step into the role of Prince Charles, taking over from Josh O’Connor. On 17 August 2021, Netflix released a first look of the two in character, and the stills are truly uncanny.

Additionally, Lesley Manville will appear as Princess Margaret—following Helena Bonham Carter and Vanessa Kirby’s turns as George VI’s younger daughter. “I could not be happier to be playing Princess Margaret,” Manville shared via Netflix. “The baton is being passed on from two formidable actresses and I really don’t want to let the side down. Furthermore, to play siblings with my dear friend Imelda Staunton will be nothing short of a complete joy.” Manville is perhaps best known for her Oscar- and BAFTA-nominated turn opposite Daniel Day-Lewis in 2018’s Phantom Thread.

As for Prince Philip, Games of Thrones’s High Sparrow Jonathan Pryce will be The Crown’s final Duke of Edinburgh. The 74-year-old Welsh actor earned his first nod for Best Actor at the 2020 Academy Awards for his role in Netflix’s The Two Popes. “The positive experience I had making The Two Popes has given me the confidence to tackle the daunting prospect of playing Prince Philip,” Pryce said of the news. Pryce has formerly starred as royal protagonists in a number of Shakespeare’s greatest tragedies—including an Olivier Award-winning turn as Hamlet on Broadway.

Will Prince William and Prince Harry appear in The Crown season 5?

Yes, both Princes will appear in season five. Child actors Teddy Hawley and Will Powell will portray Prince Harry as he grows up in the ’90s, while Timothee Sambor and Senan West will do the honours for Prince William (Senan also happens to be the son of Dominic West).

What time period will be covered in The Crown season 5?

To date, each instalment of The Crown has spanned approximately a decade. The fifth season was initially expected to be the show’s final instalment and take the royals from the early ’90s into the 2000s, however showrunner Peter Morgan later changed his mind, deciding instead to split the events of the decade into two seasons. “As we started to discuss the storylines for series five, it soon became clear that in order to do justice to the richness and complexity of the story we should go back to the original plan and do six seasons,” Morgan said. With that in mind, series five is likely to begin in the early ’90s and end somewhere in the middle of that decade.

The first half of the ’90s was particularly tumultuous for the Queen, with plenty of incidents that are ripe for dramatisation. In 1992, she made a speech on the 40th anniversary of her accession in which she described that year as her “annus horribilis”. It saw the breakdown of three of her children’s marriages: the separation of Prince Andrew and Sarah Ferguson in March; Princess Anne’s divorce from Mark Phillips, which was finalised in April; and Prince Charles and Princess Diana’s separation, which was announced in December. It was also marked by a fire at Windsor Castle, which eventually led to the Queen paying tax on her income and opening Buckingham Palace to the public to help fund the restoration.

What’s the controversy around Diana’s plotline in The Crown season 5?

On 6 November 2021, Jemima Khan—a close friend of Diana’s—announced that she had cut ties with The Crown after deciding that Netflix had failed to handle Diana’s storyline “as respectfully and compassionately as I had hoped”. Khan claimed that she had agreed to support Peter Morgan with the writing of scripts because “it was really important to me that the final years of my friend’s life be portrayed accurately and with compassion, as has not always happened in the past”, but has since “requested that all my contributions be removed from the series and I declined a [writing] credit”, according to The Sunday Times.

Netflix, in turn, issued a statement that read: “Jemima Khan has been a friend, fan and a vocal public supporter of The Crown since season one… She has been part of a wide network of well-informed and varied sources who have provided extensive background information to our writers and research team—providing context for the drama that is The Crown. She has never been contracted as a writer on the series.”

The fourth season of the Emmy-winning hit portrayed Diana largely as a victim, highlighting her sense of alienation within the royal family along with her struggles with bulimia. The next instalment, however, will likely be more contentious—picking up in the early ’90s, when Diana and Charles faced off against each other via the press. In 1992, the late Princess broke with tradition spectacularly by collaborating with Andrew Morton on an autobiography detailing the failure of her marriage (although she denied her involvement upon publication). In December of that year, John Major announced the Wales’s formal separation in the House of Commons.

According to The Sunday Times, Khan and Morgan had workshopped scripts that touched on Diana’s relationship with Harrods heir Dodi Fayed, her controversial 1995 appearance on Panorama, and her relationship with Hasnat Khan. Hasnat, a heart surgeon, is a distant cousin of Jemima’s ex-husband, former professional cricketer and Pakistan’s former prime minister Imran Khan. While dating Hasnat, Diana visited the Khans in Lahore on much-photographed trips.

And what about the controversy surrounding John Major?

In October, reports emerged that one episode in season five would show Prince Charles meeting with the then-prime minister John Major in 1991 to discuss the Queen’s possible abdication, following a poll in The Sunday Times which showed that a majority of the public were in favour of him replacing her early. In an interview with The Mail on Sunday on 15 October, Major denied that any such conversation took place, calling the scene “a barrel-load of malicious nonsense”. A statement from his office added: “Sir John has not cooperated in any way with The Crown. Nor has he ever been approached by them to fact-check any script material in this or any other series. As you will know, discussions between the monarch and prime minister are entirely private and—for Sir John—will always remain so. But not one of the scenes [depicted] are accurate in any way whatsoever. They are fiction, pure and simple.”

In response, a spokesperson for The Crown described the latest instalment of the show as “a fictional dramatisation, imagining what could have happened behind closed doors during a significant decade for the royal family—one that has already been scrutinised and well-documented by journalists, biographers and historians.” Expect yet more controversy to follow once the season airs.

What will the costumes in The Crown season 5 look like?

Emmy-winning costume designer Amy Roberts, who has outfitted the cast since season three, has returned for the latest instalment. Photos from the set show Debicki as Diana, wading in the sea in a green swimsuit and white shorts, waving from a yacht wearing a power-shouldered floral dress and walking through the Spanish countryside in a khaki-coloured two piece. As in previous seasons, many of the looks are inspired by Diana’s original outfits rather than exact replicas.

Was there a heist on the set of The Crown?

On 24 February, it was reported that thieves had stolen over £150,000 worth of The Crown’s props from three vehicles in a lorry park in Yorkshire while filming took place nearby. Among the more than 350 items that have gone missing is a replica of a 1897 Imperial Coronation Fabergé egg, gold candelabras, a 10-piece silver dressing table, St Louis gilt crystal glassware, and the clock face of a William IV grandfather clock. Netflix has issued a plea to help recover the items and the incident is currently being investigated by police.

When will The Crown season 5 be released?

On 24 September, the streaming giant confirmed that The Crown would return to Netflix on 9 November.

How should I entertain myself before The Crown season 5 premieres?

Begin by rewatching Pablo Larraín’s Spencer, which sees Kristen Stewart step into the role of Princess Diana at the point when she finally decided to leave her crumbling marriage to Prince Charles—a major focus of the plot in the fifth season. Then delve into two fascinating royal biographies: Sally Bedell Smith’s Elizabeth: The Queen, the definitive volume on the many ups and downs of Elizabeth II’s reign (including her annus horribilis), and Tina Brown’s The Diana Chronicles, which traces the late Princess’s life from Althorp to that fateful night at the Ritz in Paris, celebrating her many achievements without verging on hagiography. 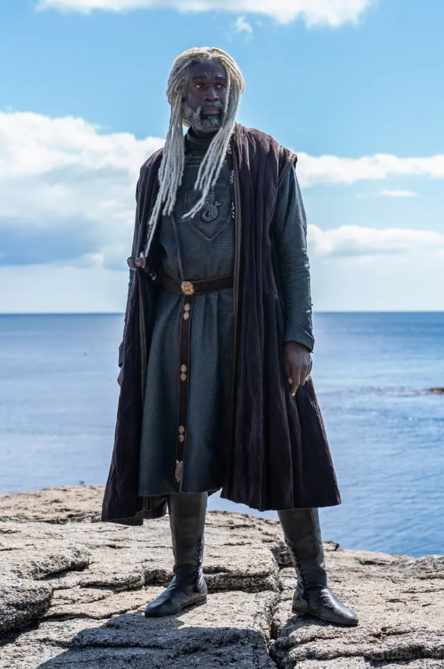 Every question you have about 'House of the Dragon', answered