Tabloids are all too eager to celebrate the bodies of celebrity mothers who have immediately ‘bounced back’ to their trim, pre-pregnancy physiques after giving birth. With so much unrealistic pressure on new mums to snap back, shed the baby weight, and transform into ‘yummy mummy’ mode soon after birth—undoubtably one of the most demanding things that can happen to the human body—the real truth is that there’s so much more to ‘bouncing back’ post-partum than just your shape.

“You could bleed for up to six weeks.” Add this to the ‘So You’ve Given Birth, Now What’ list of rude awakenings awaiting you in what has been deemed the fourth trimester. It also takes the uterus around the same duration to shrink back down to its original size. While everyone is different, at the routine postpartum medical check up, typically six weeks is the golden threshold whereby you can start to exercise again, resume driving if you’ve had a caesarean and essentially cleared as back to normal, so to speak. But what about the longer-lasting reverberations of growing a human or a few on the female form? Snapping back is not so snappy as it would seem.

In addition to the maxi pads the size of small mattresses and granny pants putting Bridget Jones to shame that you will need to stockpile for lochia (vaginal bleeding), there are a whole host of other possible physical issues affecting the nether regions and abdominals that can endure after that textbook six week recovery period. Pelvic floor muscle dysfunction, urinary incontinence, diastasis recti and pelvic organ prolapse are some of the potential problems that can arise. That’s on the inside. On the outside, there’s the pressure to reclaim our pre-baby body and appear to be in the best of shape.

At the core of it

“One of the biggest issues is that a lot of these conditions have been normalised by the older generation. If you mentioned it to your mother and you said “I’ve just sneezed and I’ve wet myself” and she turns around and says “that happens to me all the time, it’s completely normal—you’ve had a baby”. Then you’re thinking I mustn’t complain— this is the way it is. It depends on who you speak to and what reaction you get on whether a woman decides if they are going to do something about it or not.” Tamara Gerdis, along with Monica Donaldson are senior women’s health physiotherapists and co-founders of Physio Down Under in Singapore.

For them, establishing Singapore’s first dedicated women’s health physiotherapy practice in 2018 was essential as one in three women will suffer urinary incontinence during their lifetime and up to 40 per cent will report being faced with pelvic pain. Up to 60 per cent of women after birth will be affected with abdominal separation. Despite it being such a common condition, ab separation or diastasis recti (DR) requires some explanation.

DR is when the softening of the connective tissue of your linea alba between your abs (rectus abdominis) due to hormonal changes and pressure of gestation, results in a gap or widening. Sometimes this can lead to a protruding “pooch”. After my twin pregnancy I was left with a 4.4cm aperture near my navel which I was oblivious to until a recent physio appointment, 2 years postpartum.

According to Vivan Twiss, pilates instructor, founder of the Viva Group, “most people don’t even know about it, so when I get mums coming here to workout with us, the first question I ask is “do you have diastasis recti?” and the majority ask ‘what is that?’ and a lot of them do have it.” For Twiss, there is not only a gap in abdominals, but in information too. “Gynaes are fantastic but they focus on how you deliver—once the baby is out of your system their job is done. They ask you to come back in six weeks to check that you have no infection, to see if there is anything is abnormal, but they don’t usually tell you that your pelvic floor is weakened, they don’t usually tell you if your abs are separated more than four fingers and that you may need surgery to correct it.”

In addition to this, 50 per cent of women will experience pelvic organ prolapse, whereby one or more pelvic organs can sidle down out of regular position onto the vaginal wall.

“Nobody told me about this before and I saw what was happening to my body. After some Googling I got to learn about this word prolapse,” says Janelle Chia, 32, mother of two including a newborn, turned to the internet to research her condition following her first birthing experience. This was after three medical practitioners disregarded her symptoms of heaviness and discomfort from an internal bulge and irregular urination as fine and not serious. That she “would return to normal in six weeks.” Dissatisfied with the responses of physicians, Chia once again logged onto the internet and chanced upon the Facebook group Association for Pelvic Organ Prolapse Support. It became a source of information and a sense of community, “I felt like I was not myself anymore, my body is not mine anymore—I was just grieving for my loss of my body and loss of identity” but reading the posts “gave me a sense of comfort.”

Concurrently Chia sought out professional help and found aforementioned physiotherapist Gerdis who made her “feel heard and she understood what I was dealing with.” Under her care, Chia did make progress with strengthening her transverse muscle, breathing and exercises to the point where her symptoms don’t bother her anymore.

“Yes there might have been this tradition that it’s taboo or that it’s embarrassing, but in reality I think many women are so happy to talk about it and have it addressed. In fact the reality is that what we hear all the time in our office is “oh my goodness I wish I had come earlier. Why didn’t somebody tell me about this.” For Donaldson, the first step is education and awareness for patients and then assessing the pelvic floor—which is a synergistic muscle with lower deep abdominal muscles and a “very important piece of that puzzle of the core.” At Physio Down Under, the gold standard of evaluation is a vaginal examination for which they have been specially trained, complemented with a real-time ultrasound to give women live feedback.

The good news is, it’s never too late to start repairing yourself. The bad news is that Physio Down Under is so popular there is a three month (or one could say trimester) waiting period to get an appointment. While they are great at triaging people and slotting women in where they can, Gerdis and Donaldson recommend coming in for a baseline analysis during the mid to end of pregnancy, if not before.

For Twiss, ideally starting to strengthen your pelvic floor through exercise would also begin before conceiving. While consistency with Pilates is key (even if you commence postnatally), so is body awareness. It can be a case of “nine months in and then nine months out—it took you nine months to grow a baby and it might take you nine months to regain your strength again and that’s fine.”

You should “take your time and allow your body to heal at its own rhythm—if you push it too hard there is an emotional distress that comes with that. The whole mantra of ‘I need to get back to it’—no you don’t, you need to recover.”

“No one told me about the recovery process and what I should do. I always thought after I gave birth my tummy would return to its original size. You can’t imagine the shock I had when I looked in the mirror and I still looked pregnant.” According to Kazumi Pilo, 36, mum of two currently on maternity leave, on giving birth, “emotionally I was super happy, I was in tears of joy—I thought “this is the happiest moment in my life” and becoming a mother was the most satisfying and gratifying job I’ve ever done.

However, on the contrary, physically, I was feeling awful and vulnerable because my tummy looked horrible—I wasn’t ready to take care of myself. I thought all I had to do was to focus on taking care of the baby, not myself.”

After training in postnatal Pilates with Twiss, Pilo was able to enjoy the recuperation process, wholly accept her physique and regain much lost body confidence.

But recovery takes time. While it can be easy to deprioritise our own health after giving birth, perhaps the onus should be less on ‘bouncing back’ and more on healing and embracing our postpartum bodies that brought life into this world. 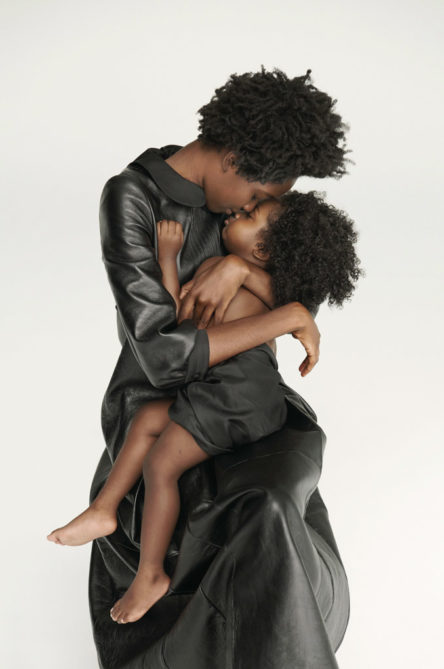 Having a baby may make you miss your old life, and that’s OK 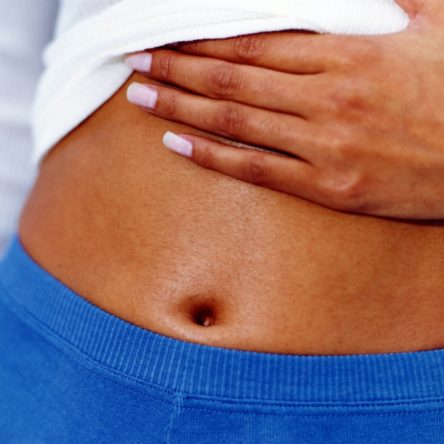 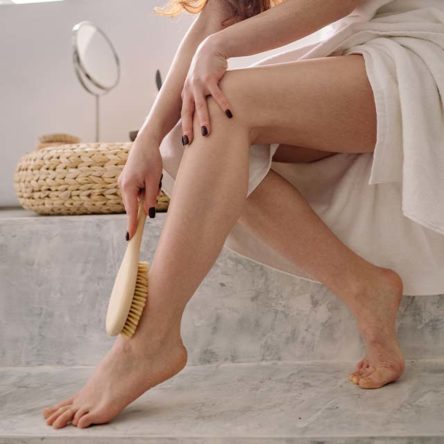 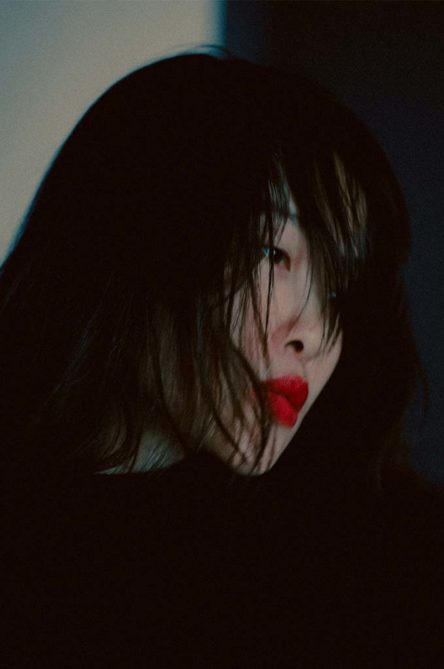 Hormonal Depression: Is it depression or just your hormones? 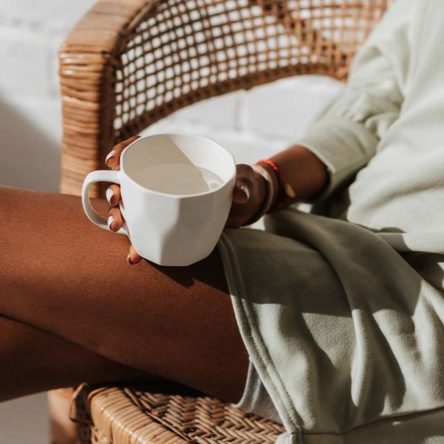 By Veronica Cristino and Hannah Coates