In the four decades that Pinaree Sanpitak has been practising art, nothing has captured her interest quite like the female breast. The birth of her iconic Breast Works series in 1994 was preceded by—and inextricably linked to—the birth of her child. Sanpitak had been breastfeeding her son when she was first struck by the powerful symbolism behind the breast. “The breast gives life,” Sanpitak reflects. “It’s a symbol of motherhood, love and strength.”

As one of Asia’s most noteworthy contemporary artists, Sanpitak’s instinctual exploration of the form has since spiralled into a wide-ranging yet cohesive body of work, much of it continuing to hold the breast as its central motif. In 2001, she coined the term ‘breast stupas’—which would then go on to serve as an overarching title for several works—conflating the sloping, domed form of a breast with that of a stupa, or Buddhist shrine. Beyond the parallel in their physical outlines, the two forms share, in Sanpitak’s eyes, a certain sacredness.

Breast Stupas has spanned a variety of medium and materiality—from graceful fabric tapestries to imposing sculptures fashioned from steel. This year, the newest iteration in the series has been injected with a high-fashion twist from Valentino. The luxury fashion house has presented Sanpitak with one of the most recognisable patterns in the world—the Valentino Toile Iconographe. Staged in The Warehouse Hotel for ART SG, the largest contemporary art fair in Southeast Asia taking place in Singapore this month, Sanpitak’s reinterpretation of the elegant print has resulted in a pair of soft sculptures wrapped in Valentino fabric.

“I had been thinking about what I wanted to do for this project, and I was stuck till I saw a photograph of the Toile Iconographe. There was a shot of a model with the Toile Iconographe painted on her face. I see the Valentino Toile Iconographe on the bodies of models and on my own sculptures in a similar view—a celebration of the body as the site of the sacred and the sensual.”

Entitled Breast Stupas Valentino, the sculptures carry a delicate sensibility, their softness and symmetry accentuated by the industrial backdrop they have been placed in. Proceeds from the sale of the pieces will be donated by the brand to United Women Singapore, a fund dedicated to women’s empowerment and gender equality. Alongside, guests are welcome to wander into the den to spend quality time with more of Sanpitak’s work: Breast Stupa Cookery Valentino, a collection of vessels and tactile paper sculptures lining the shelves. As she brings her work out of the confines of a gallery and into the real world, Sanpitak ruminates on her collaboration with Valentino and the undeniable magic of the breast.

I work with a variety of materials, and I didn’t want to do a painting as I prefer not to have any deadlines when I paint. I thought, ‘It’s a fashion house, it makes sense to work with their fabric.’ My son is a fashion designer. He has an atelier and a team, and he was able to help me make a prototype of the sculpture and how the cloth would be used. The brand sent me full lengths of their cloth in silk and poplin cotton.

What was the process of coming up with Breast Stupas Valentino like?
My initial idea was to turn the soft fabric into a structure like an umbrella, but I decided later to stuff it instead. I brought the fabric from Bangkok and my gallery ordered the stuffing to be delivered here, in Singapore. Deciding where to place the sculpture was as important as creating it. Since this is a public space, it was much more challenging to set up. It’s a hotel, and there are other guests, so it’s different from installing something in a museum or a gallery where you can close the space down to install something.

You seem to enjoy taking art out of a gallery and into the real world. What drives that desire?
I feel that art should always be engaging, whether in a private home, the museum or in a space like this. I like the idea of inviting people to come be with the art and spend time with it, and then interpret it in their own terms. It also opens up access to art for anyone who doesn’t normally go to the museum.

It’s the same for me with Breast Stupa Cookery, which is an ongoing project since 2005 through which I’ve tried to incorporate food into my work. I love baking, and I feel that a lot of my work looks like it would be nice to touch. You can’t touch art, but you can touch these objects that I have been creating from clay.

Why has the breast motif endured in your work?
My work with Breast Tupas is partly auto-biographical. It comes from a very private viewpoint. In some ways, my work with the breast is like a self-portrait. Breast Tupas may seem repetitive at times but each piece is different. Some are joyful and some are sad—as with all things in life. But I think it comes down to universality. My forms are universal, they are very organic, and viewers can see them in anything. I enjoy it when people send me pictures of random things they see and say, ‘This looks like your work!’.

What does success mean to you today?
Success is so relative. It depends a lot on luck. Determination is important, of course, and so is hard work. But luck, and the opportunities you get and the right timing are vital. I’ve been fortunate in that. My career started when the Singapore Art Museum, the Queensland Art Gallery, the Fukuoka Asian Art Museum in Japan all started collecting Southeast Asian artists and concentrating on the region. Talking about timing, that’s when my career really started.

There are many more female artists now, and I think that’s fantastic. I see the variety of gender and diversity of active young artists as a success. And to me, success means getting my hands dirty. It’s about being hands on. That’s why I started Breast Works two months after I gave birth. If I don’t work, I get restless. 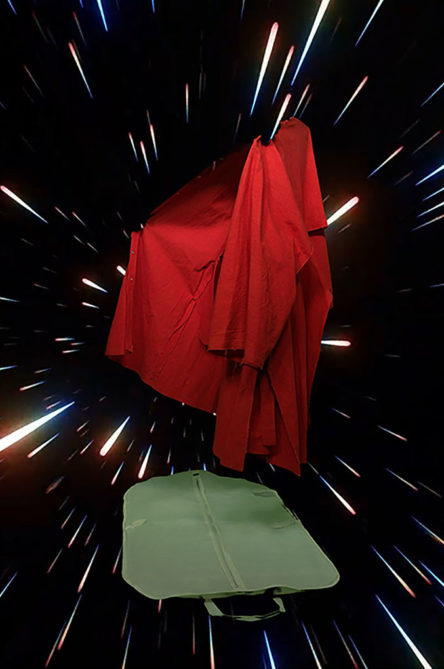 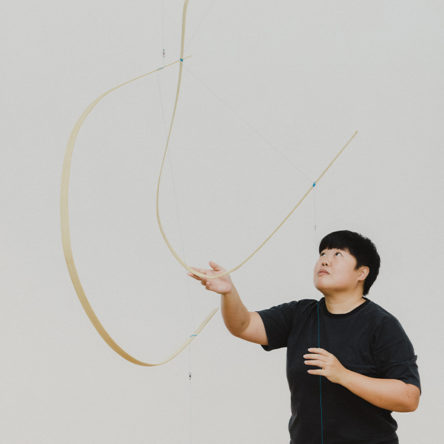 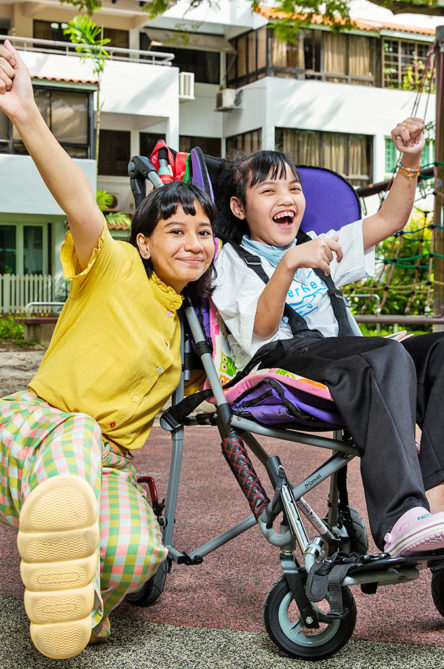 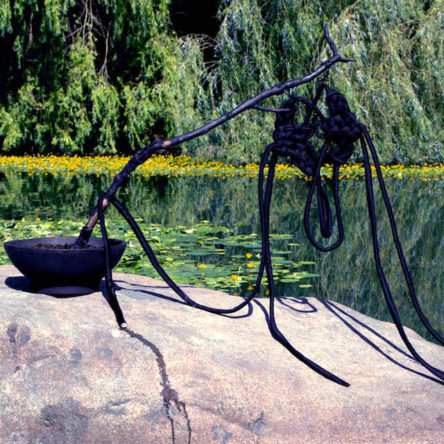