“It’s for my generation to explain to the younger generation what Alaïa is, and bring back sensuality, tailoring, and the ease it had in the ’80s,” Pieter Mulier told British Vogue of his fabulously democratic opening gambit at the storied house. Here, five things to know about Alaïa’s new look.

It wasn’t the pandemic that made Pieter Mulier move his first Alaïa show outside, into the street by the maison’s Le Marais ateliers, at 9 o’clock in the evening. “I would like to make it democratic again,” the Belgian designer said after the show. “In the ’80s, a lot of women bought Alaïa, especially in America. And then it became a little bit more gallery, more museum, more distant. That’s why we did the show in the street: to literally bring it to the street so you can see these pure lines, which are, in the end, simple sweaters and leggings that everybody wears.” Between Mulier’s tight, lustrous red or white evening dresses, plumed fishtail skirts that moved like waterfalls, and fringed monochromatic bandeaus, “simple” may not be the word that came to mind. But, as Mulier said, ease was always the magic ingredient to Azzedine Alaïa’s inimitable sense of sensuality.

The show was a new exercise in the grammar of Alaïa

Making women feel good is a feat often attributed to the Tunisian designer, who died in 2017. Alaïa did so, not through the sweats and sneakers that somehow define comfort today, but by constructing elegance through ease. In that ethos, Mulier detected an immediate contemporary relevance. “I wanted the first collection to be a white platform of the codes that are important for Alaïa, to explain it to the new generation, who doesn’t know it, unfortunately. It’s for my generation to explain to the younger generation what it is, and bring back sensuality, tailoring, and the ease it had in the ’80s.” While many young people will recognise the signatures of Azzedine Alaïa’s work—the hooded silhouette, the bandelette dress, the sculpted knitted skirt, the laser cut belts and boots—few perhaps see how to translate that into a real-life wardrobe. And so, Mulier set out to do just that.

The designer was in talks with Alaïa’s parent company, Richemont, for nearly a year before taking the job. “I thought I wouldn’t do fashion anymore. After New York, I thought it was finished for me. I didn’t want to do it anymore: sneakers, sportswear, all of it,” he said, referring to his former job at Calvin Klein with Raf Simons, who attended his Alaïa debut. Mulier, who studied architecture, started interning for Simons’s eponymous label in 2002, and expanded his career working for him at Jil Sander and Christian Dior. When their New York adventure came to an end, he took a long break. “I talked to a few houses, but it was never on a human scale. I wanted something small.” Mulier found his answer in Alaïa, a house that always did things on its own terms, outside of fashion schedules, trends, and scrutiny. Now, Mulier’s challenge is to retain those values but create a connection to the elusive young generations.

The collection fused functionality and sexuality

Mulier’s proposition for the post-pandemic youth seemed tailored to that ambiguous sweet spot many are dealing with at a moment in time when dressing up feels foreign and fantastic all at once. You could find proposals for that sensibility in Mulier’s hybridised stocking-leggings—casual but very much not—or in the knitted dresses that twisted around the body as an alternative to the primness of a waisted dress. Sure, there was plenty of evening pizzazz, but at its core, his Alaïa collection was about reintroducing the founder’s codes to an everyday wardrobe. Take, for instance, those gladiator sandals feathered from a single piece of suede, his knitted mesh dresses, or the oversized shiny raincoats with lace trims; all embodied by functionality disguised in a big fashion statement.

In so many ways, Mulier’s Alaïa debut seemed made for a fashion show culture ingrained in social media, where the Amazon cast, high-octane sexuality, and pronounced glamour he put on his narrow outdoor runway (a photo op in itself) are sure to go viral. But Mulier said he isn’t going to pander to that market. “I don’t care about social media. I am on it, but I don’t think this is a house for social media. We talk about sexuality and how sex works on social media, so I hope it does something new for social media, but it’s not made for social media. It’s made for real life.” Don’t expect to see the usual celebrity suspects of that arena in Alaïa looks any time soon, either. “I said no to everybody so far. It’s such a small brand. It’s like an artwork. And I want to take care of it. The moment you throw it on It-girls or big influencer girls, it makes no sense any more, for me,” Mulier said. “We’ll build a family slowly, but I’m in no rush.” 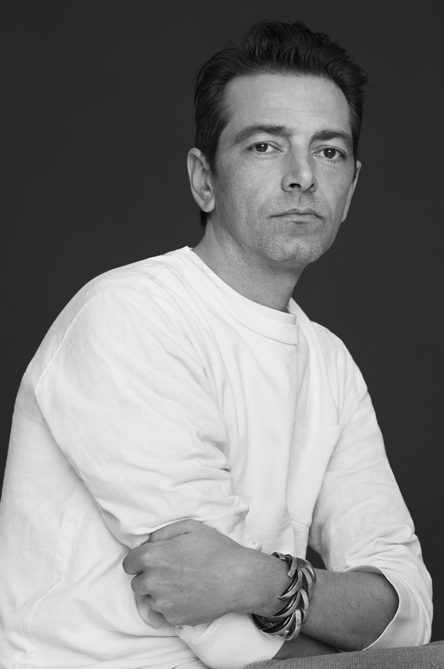